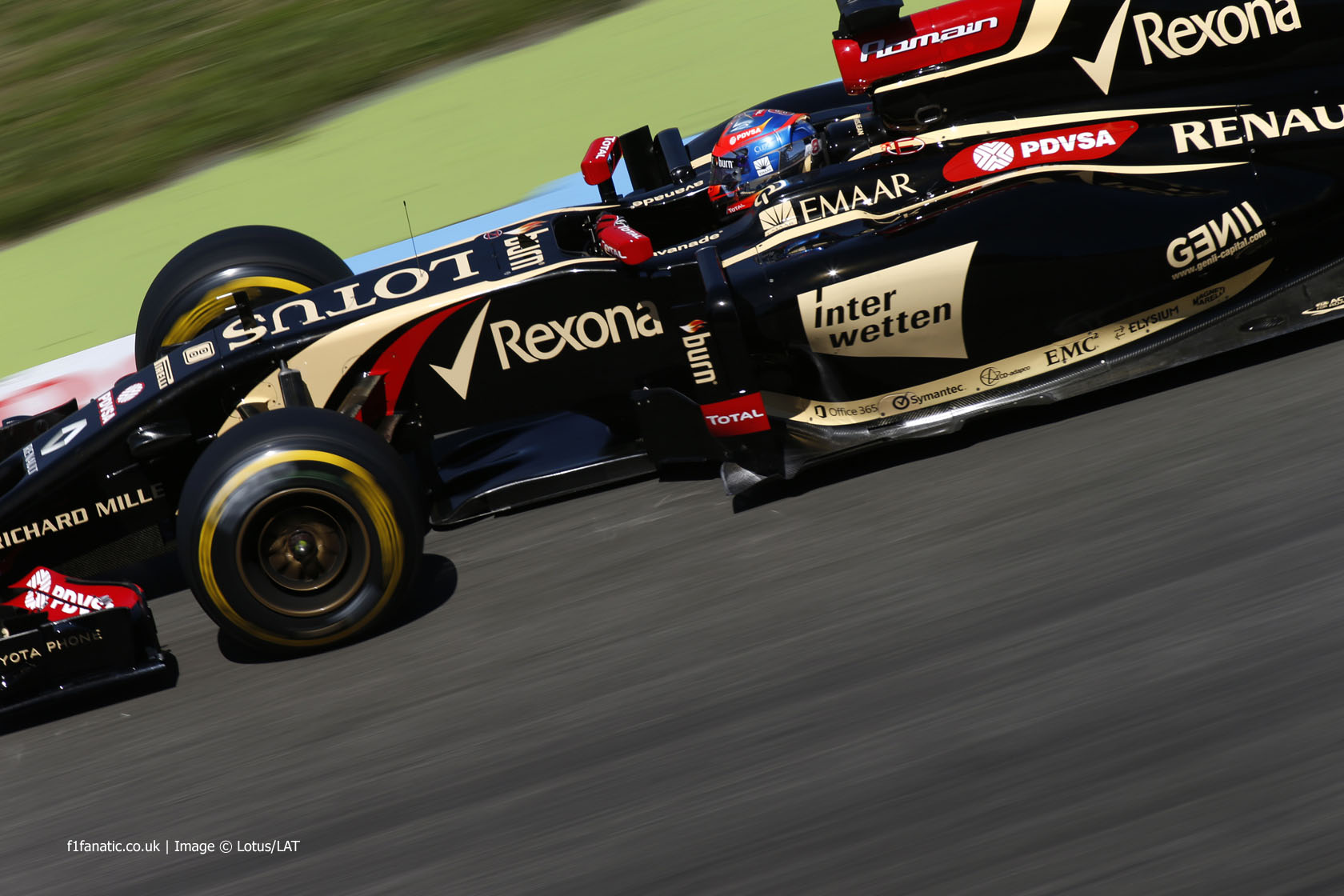 The two Lotus drivers say the balance of their car has suffered now they have to run without front-rear interconnected suspension.

All teams have removed the FRIC systems from their cars after the FIA advised it may no longer consider them legal.

Pastor Maldonado, who failed to progress beyond the first part of qualifying, said “we are still working on gaining back some of the performance we have lost from the changes to the suspension”.

“I think we can recover this pace, but it’s certainly affecting us. It’s a case of looking at every detail of how the suspension works without being connected as it was before and how this affects the aerodynamics.”

Romain Grosjean did make it into Q2 but was the slowest of the drivers in the second part of qualifying.

“We’re still not quite where we’d like to be,” he said. “It’s not ideal to be out of the top ten but the car doesn’t feel too bad.”

“We’ve just lost some downforce. The team were one of the first ones to use the interlinked suspension system so removing it is a big change.”

4 comments on “Losing FRIC a problem for Lotus drivers”