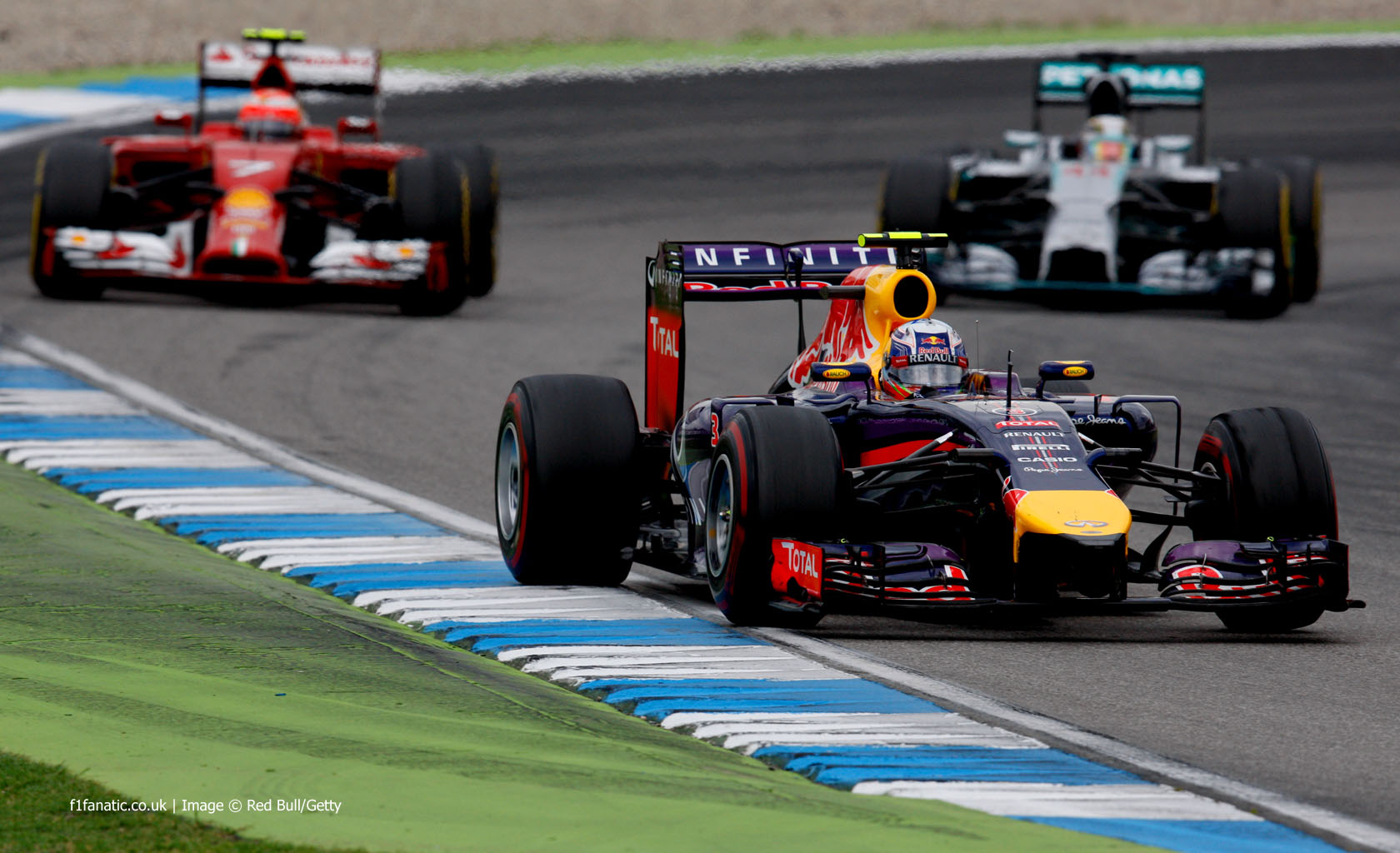 Lewis Hamilton wasn’t the only driver with some overtaking to do at the Hockenheimring – two other drivers had to make recovery runs following a first-lap collision.

While Hamilton worked his way up from 20th on the grid to finish on the podium, Kevin Magnussen lost 17 places on lap one after a collision with Felipe Massa, leaving him 21st and last.

McLaren took the opportunity to change his tyres during the Safety Car period, and by the time of his second pit stop on lap 29 he had broken into the top ten. Out of sequence with several other drivers, he was soon back into the points and stayed there, finishing ninth.

Daniel Ricciardo had to take evasive action when Massa flipped over at the first corner, and as lap one ended he had fallen ten places to 15th. But once the race resumed he picked off several of his rivals, even as he had to fend off advances from the pursuing Hamilton.

He even managed to get Kimi Raikkonen between himself and Hamilton at one stage. But as his tyres began to fade Raikkonen mounted a counter-attack, and Hamilton dived into the melee to pass the pair of them.

Ricciardo used an aggressive early stop to cement the gains he had made so far. He took Button, who was struggling with his tyres, in the closing stages. But despite a valiant effort he had to cede fifth place to Alonso. There wasn’t much in it at the flag, however – Ricciardo crossed the line less than a tenth of a second behind his rival.