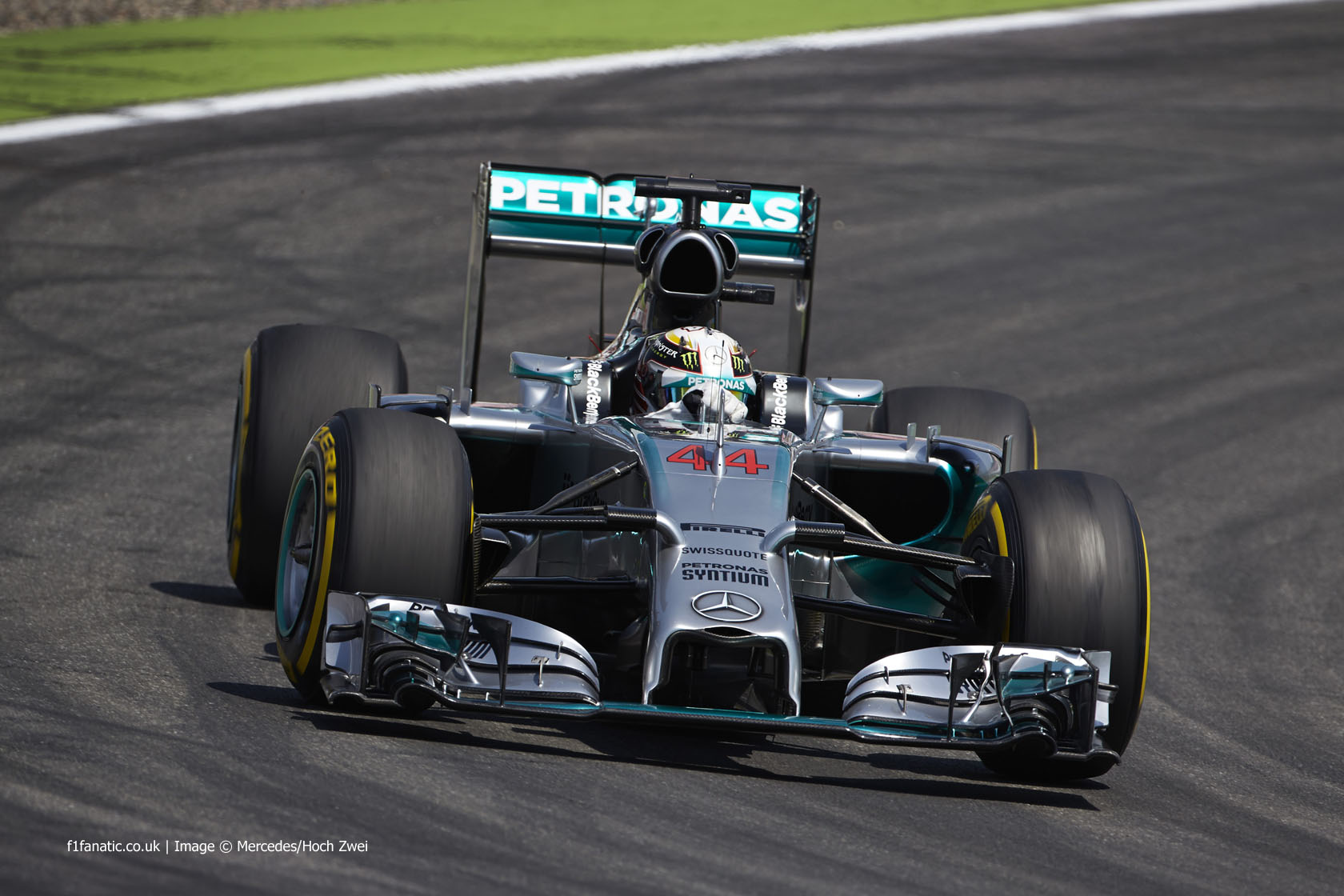 Lewis Hamilton accepted blame for a collision with Jenson Button which left him with a damaged from wing during the German Grand Prix.

Hamilton lost part of his front-left wing after tangling with Button at the Spitzkehre. He eventually finished on the podium having started the race from 20th position.

“I did as good as I could today it was very hard to get through the pack safely,” said Hamilton

“I had a little bit of a collision with Jenson, I honestly thought he was opening the door to let me past. He’s been a bit like that in the last race for example so my bad on judgement there.”

Hamilton closed on Valtteri Bottas in the final laps but was unable to pass the Williams driver for second place.

“It was very hard to overtake there at the end they were so fast on the straight. But nonetheless I’m glad I got some points today.”