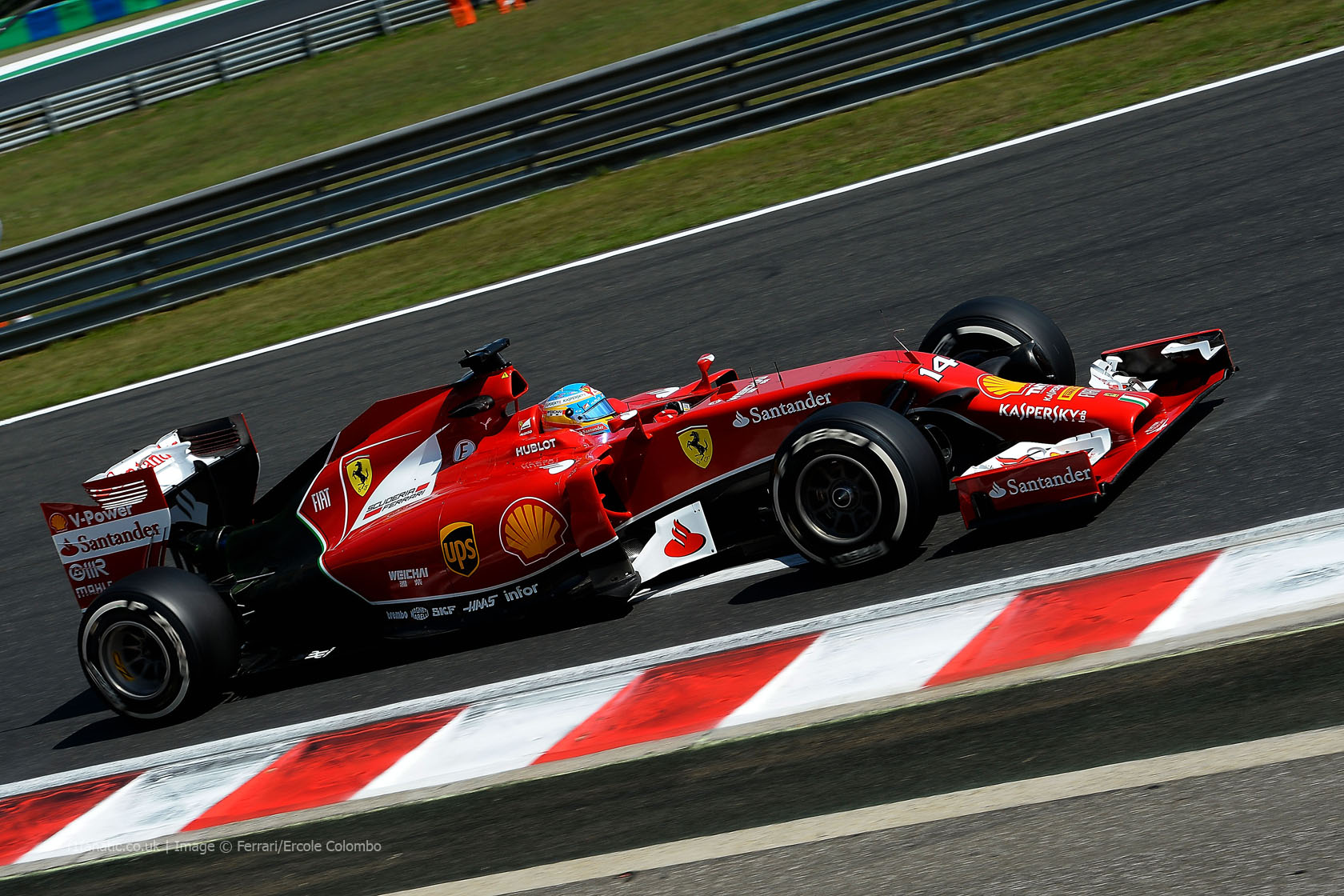 Fernando Alonso said his second podium finish of the year felt like a victory despite losing the lead of the race in the final laps.

The Ferrari driver fell behind Daniel Ricciardo with two laps to go, but felt he could have held on for longer had Lewis Hamilton resisted the Red Bull driver for a few more laps.

“It was difficult but Lewis had the medium tyres which was a little bit less grippy, I had a bit of an advantage in level of grip there,” said Alonso to reporters after the race.

“Obviously I wanted Lewis to take second position and to hold Ricciardo a little bit longer because that was a help for me but when I saw Ricciardo passing Hamilton I was only one lap in front of Daniel at that stage because he was so fast. With Hamilton it was a little bit easier.”

Alonso took the lead of the race by staying out after the Safety Car came out for a second time, which put him in a position to claim his best finish of the season so far.

“With the last Safety Car we saw Ricciardo and Massa pitting, we stay out, we had the opportunity to lead the race and control the race from the lead and we thought that was the best decision,” he explained.

“We struggled a little bit in the last part with the tyres but this podium obviously tastes like a victory.”