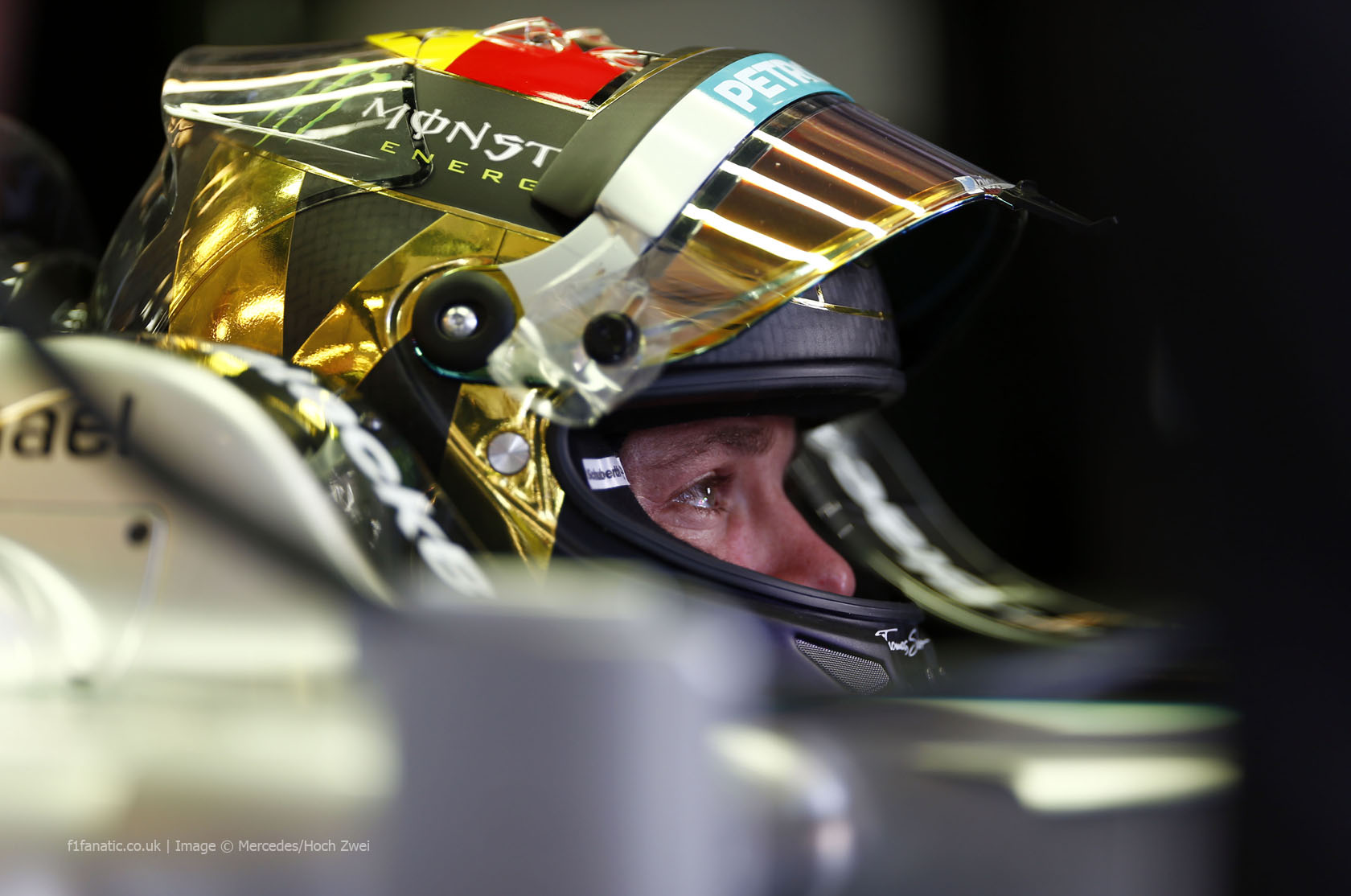 Nico Rosberg questioned the manner in which the Safety Car was used during the Hungarian Grand Prix, saying he was “very disappointed” on the consequences it had for his race.

Rosberg was leading by ten second when the Safety Car was sent out following Marcus Ericsson’s crash at turn four. In a video he posted on social media on Monday Rosberg said the Safety Car “didn’t even come out at the wrong time, but the way it came out was just wrong, I think, from the race officials.”

“And it was so slow that all the guys who managed to pit first, they got by me then. That’s not supposed to be the case so that was the main problem.”

Rosberg lost more time than usual behind the Safety Car because the Medical Car was also sent out, something which only happens in rare cases. Rosberg arrived at turn one just as the Safety Car was letting the slower Medical Car past.

After the Safety Car came Rosberg said he had a “brake problem – so I lost a place or two“.

That eventually allowed Lewis Hamilton to jump ahead of him through the pit stops, and Rosberg was unhappy his team mate refused to follow Mercedes’ orders to let him past.

“Then Lewis didn’t let me by, although he was ordered to do so, that’s obviously not good,” said Rosberg. “We need to discuss that internally.”

However Rosberg had no complaints about Hamilton’s defensive move at turn two on the final lap of the race – though he admitted his inability to pass his team mate was “the thing I’m most annoyed about”.

“I had a little opportunity and just so close, I didn’t manage to use it. It was just like 30 centimetres missing or something.

“What he did was OK, the way he defended, the guy on the inside it’s his corner, the guy on the outside needs to make it far enough in front that the other guy can’t push him out and I didn’t manage to do that. So that’s what annoys me most.”