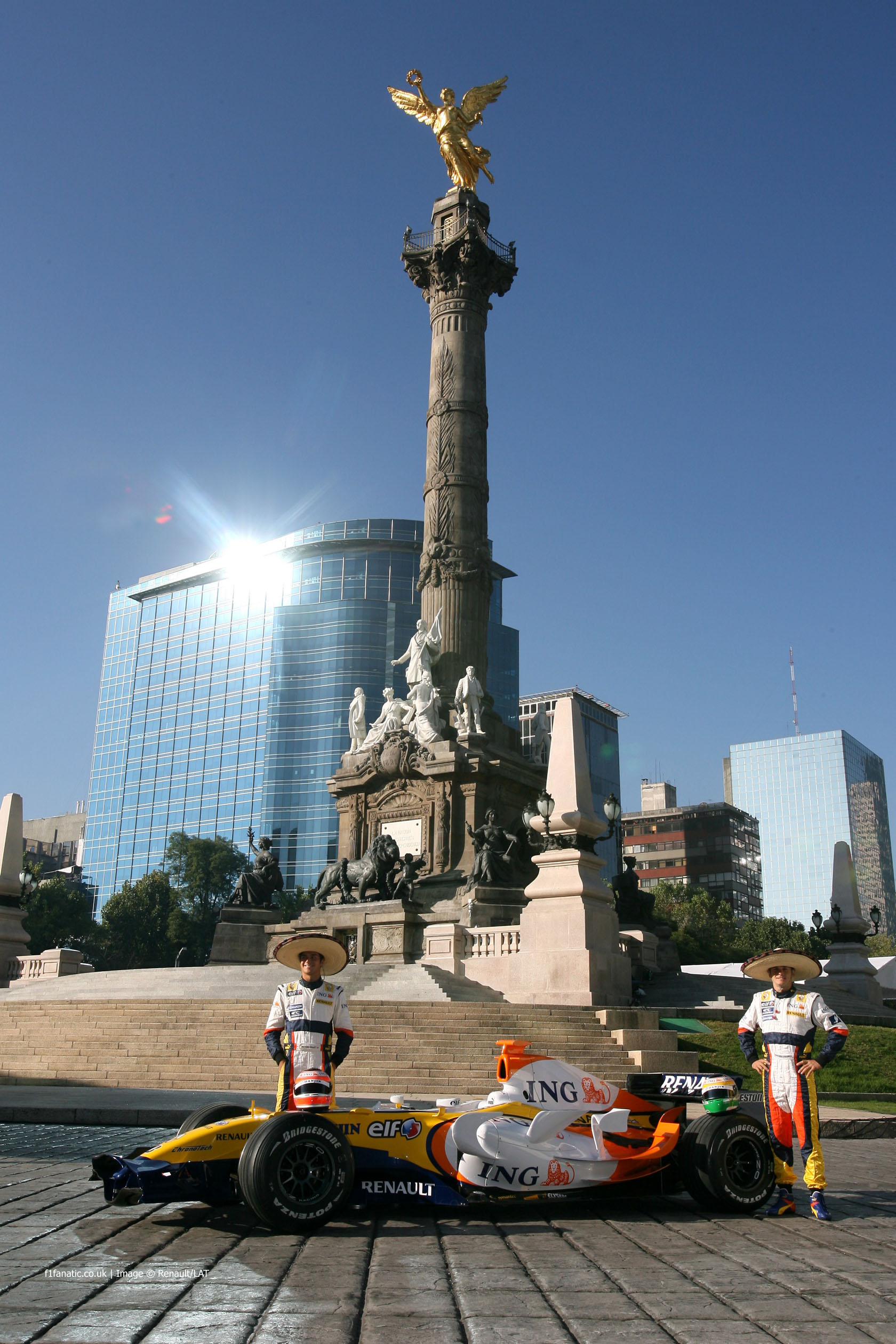 Formula One is finally heading back to Mexico, which hasn’t held a round of the world championship since 1992.

F1 teams have visited there since then, however, such as when Renault took Nelson Piquet Jnr and Giancarlo Fisichella there in 2007, resulting in this caption-worthy picture.

Add your funniest suggestion for a caption in the credits and a selection of the best will feature in an upcoming F1 Fanatic round-up.