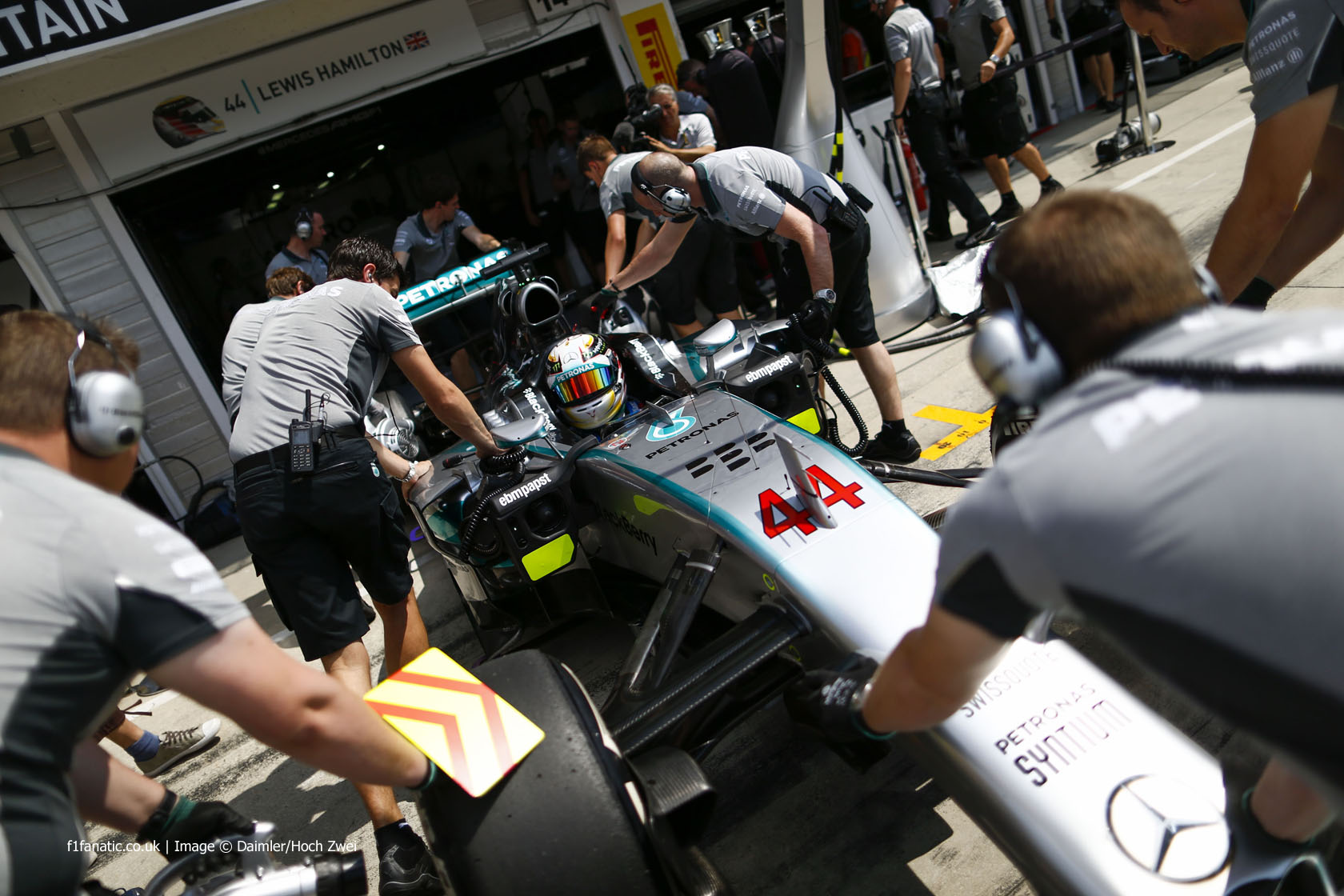 Mercedes aim to halt their recent run of problems in this weekend’s Belgian Grand Prix.

Despite having a significant performance advantage over their rivals, technical problems have dogged Lewis Hamilton and Nico Rosberg in recent races.

Hamilton was hit by a turbo fire in Hungary and a brake failure in Germany during the first qualifying sessions, costing him dearly on the grid. In Britain Nico Rosberg was forced to retire with a gearbox problem while leading.

“Our priority as a team is to re-establish a trouble-free weekend,” said executive director for technical Paddy Lowe, “which is something we unfortunately haven’t seen for a few races.”

“If we can get the set-up right and manage the weather conditions correctly, we can be optimistic of a good result,” he added. “Having said that, we are under no illusions that a number of other cars will also come to the fore here.”

Mercedes motorsport head Toto Wolff believes it is essential for the team to avoid further problems with the W05 to protect their position in the championship.

“Looking ahead to Spa, and also reflecting on our recent performances, it is clear that reliability must be a key focus for the team if we are to maintain the hard-earned advantage established in the opening stages of the year.” he said.

“We approach the remaining eight races with the firm target of making this next phase of the season even better than what we have achieved so far.

“Although the team has done a fantastic job, we are fully aware that this championship is far from decided – as demonstrated clearly in Hungary by the performance of some of our competitors. As always, we are taking nothing for granted.”