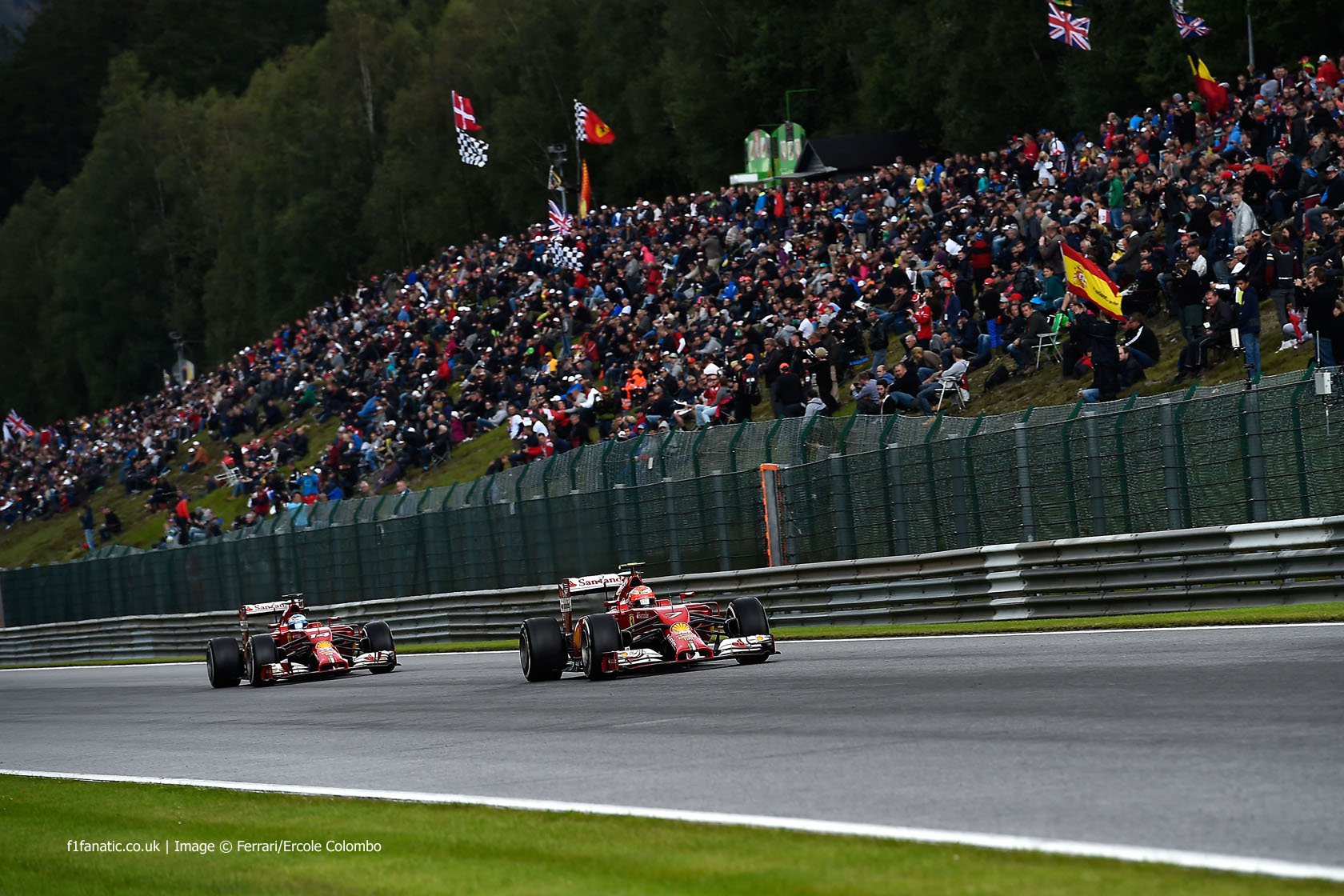 Four-time Belgian Grand Prix winner Kimi Raikkonen was expected to have a strong race at Spa-Francorchamps and so it proved – fourth was his best result of the year so far.

He was holding on to a podium position with five laps to go thanks to an aggressive two-stop tyre strategy. He made his first pit stop as early as lap eight – the same lap Nico Rosberg made his first of three pit stops.

For Ferrari this had the beneficial effect of taking Raikkonen out of some of the more fraught battles for position, allowing him to run near to his optimum pace. He also finished ahead Fernando Alonso, beating him for the first time this year as his team mate picked up a five-second penalty due to his mechanics lingering too long on the grid at the start of the race.

“We had decided to tackle this race more aggressively, making an early stop to get ahead of the cars that had yet to pit and that meant I was able to stay with the leaders for much of the race,” Raikkonen explained.

However it left him vulnerable to Valtteri Bottas at the end of the race, who was running a more conventional two-stop strategy.

“When Bottas in the Williams began to close on me, I knew I didn’t have the speed to defend on the straight and with a few laps to go, he managed to pass me.”