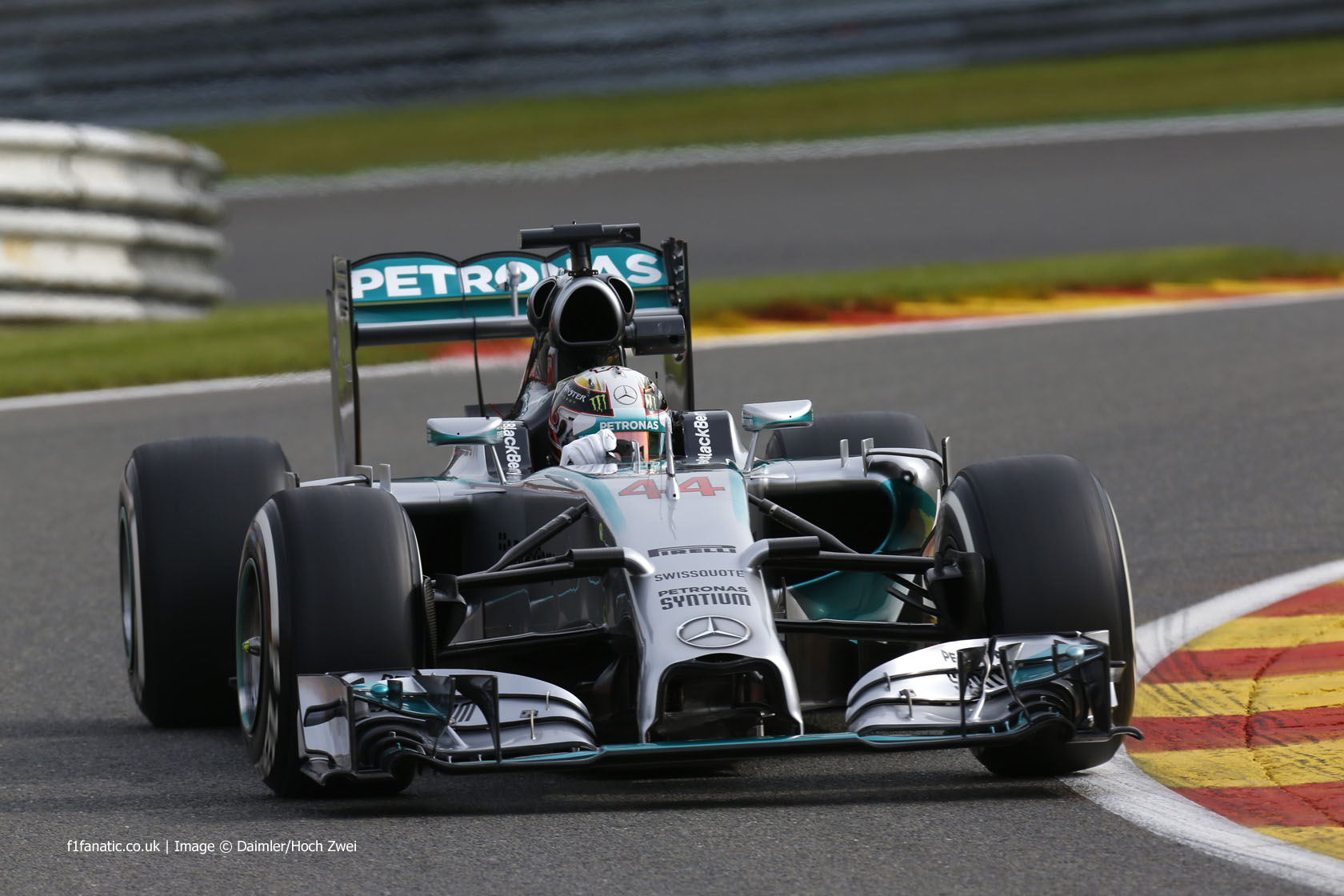 Lewis Hamilton says he gave Nico Rosberg space to avoid a collision when the pair made contact during the Belgian Grand Prix.

The two Mercedes drivers tangled on the second lap of the race, leaving Hamilton with a puncture that ruined his race, and Rosberg with a damaged front wing.

“Whilst I was driving I didn’t really understand what had happened,” Hamilton told reporters after the race.

“I felt quite a big thud at the rear and then I watched on the replay just now I gave the guy space and I don’t really understand.”

“But it’s just really gutting for the result and also really for the team. My guys work so hard every weekend and we’ve had such a tough year, the guys that are on my side of the garage, just generally in terms of the whole team. This is not good points for the team, we could have easily had a one-two out there today, and so it’s just overall not a great feeling.”

Hamilton eventually retired from the race while Rosberg took second after pitting for a new front wing. Rosberg did not wish to apportion blame for the collision immediately after the race.

“I got a good run on Lewis,” said Rosberg on the podium, “and I tried to go around the outside and we just touched in the end unfortunately”.

“So that hurt both our races and so from a team point of view of course that’s very disappointing, and that’s the way it is.

“I haven’t seen it yet, it wouldn’t be good of me if I were to comment on it now, I need to look at it on TV and then I can comment about it afterwards.”

294 comments on “Hamilton: I gave Rosberg space to avoid contact”