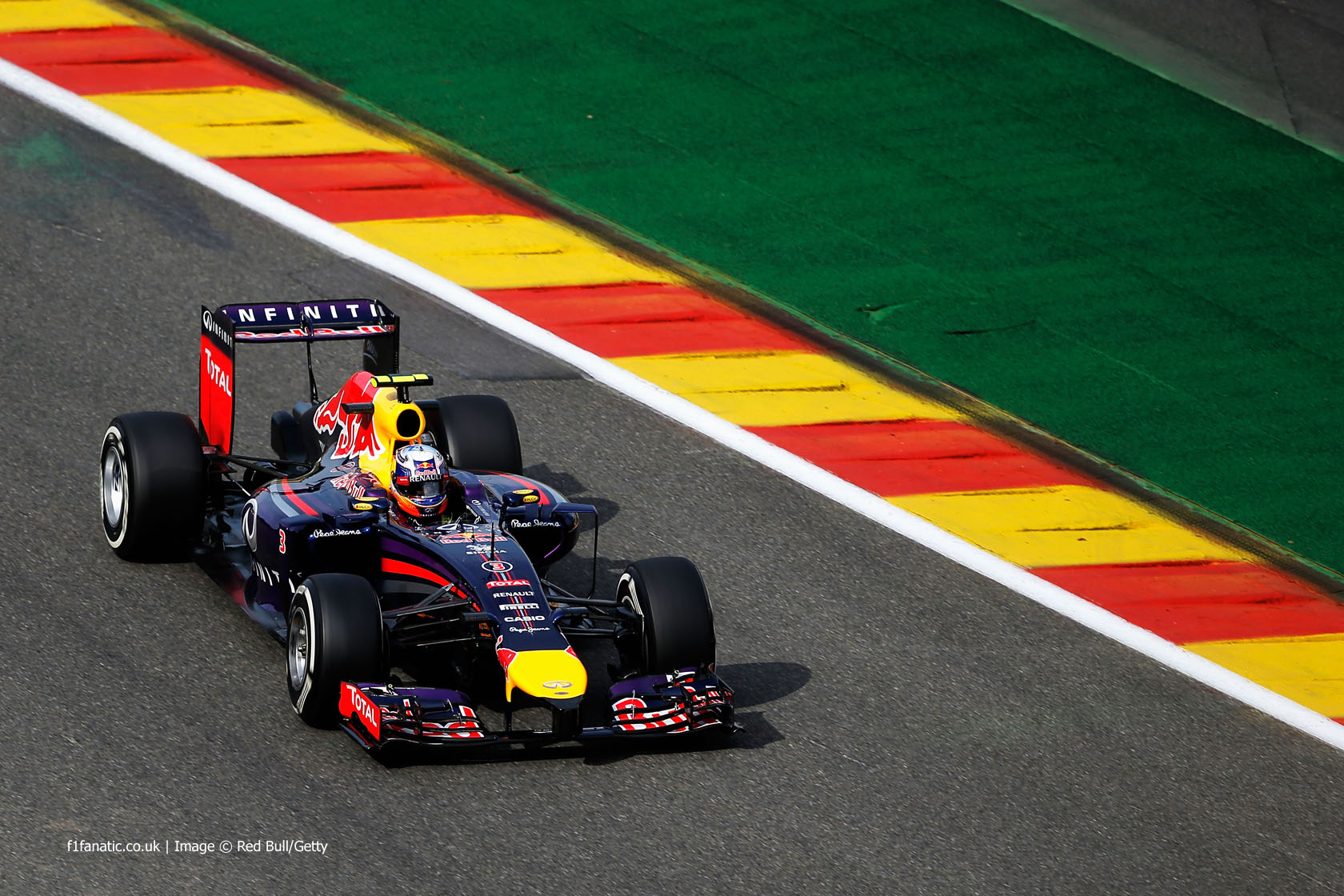 Daniel Ricciardo said his third F1 win was due to a more calculating approach than his previous two victories.

Ricciardo won the Canadian and Hungarian Grands Prix after making late passes for the lead, but held on to first place in Belgium by making one pit stop fewer than Nico Rosberg.

“It was difficult staying out at the end of the race,” said Ricciardo.

“When you’re the leader as well you always feel like you’re the most vulnerable when it comes to a pit stop or not, but Simon [Rennie] my engineer came on the radio and said I think it’s 11 laps left, can these tyres get to the end?

“And I said I think I can keep more or less this pace, and we were able to. Then on the last lap I found a couple more tenths, so I was having a bit of fun then.

“There’s been a lot of good things about the win today, obviously the last two came from a more aggressive style of race, but today was more calculated and it was nice to win under different circumstances.”

Red Bull had been expected to struggle on the Spa-Francorchamps circuit due to its long straights and their car’s lack of horsepower. “Everyone was saying we didn’t really have a chance around here,” said Ricciardo, “but I think we had some really good pace today and surprised ourselves”.

“It feels a bit surreal, but another win is very cool, very cool.”