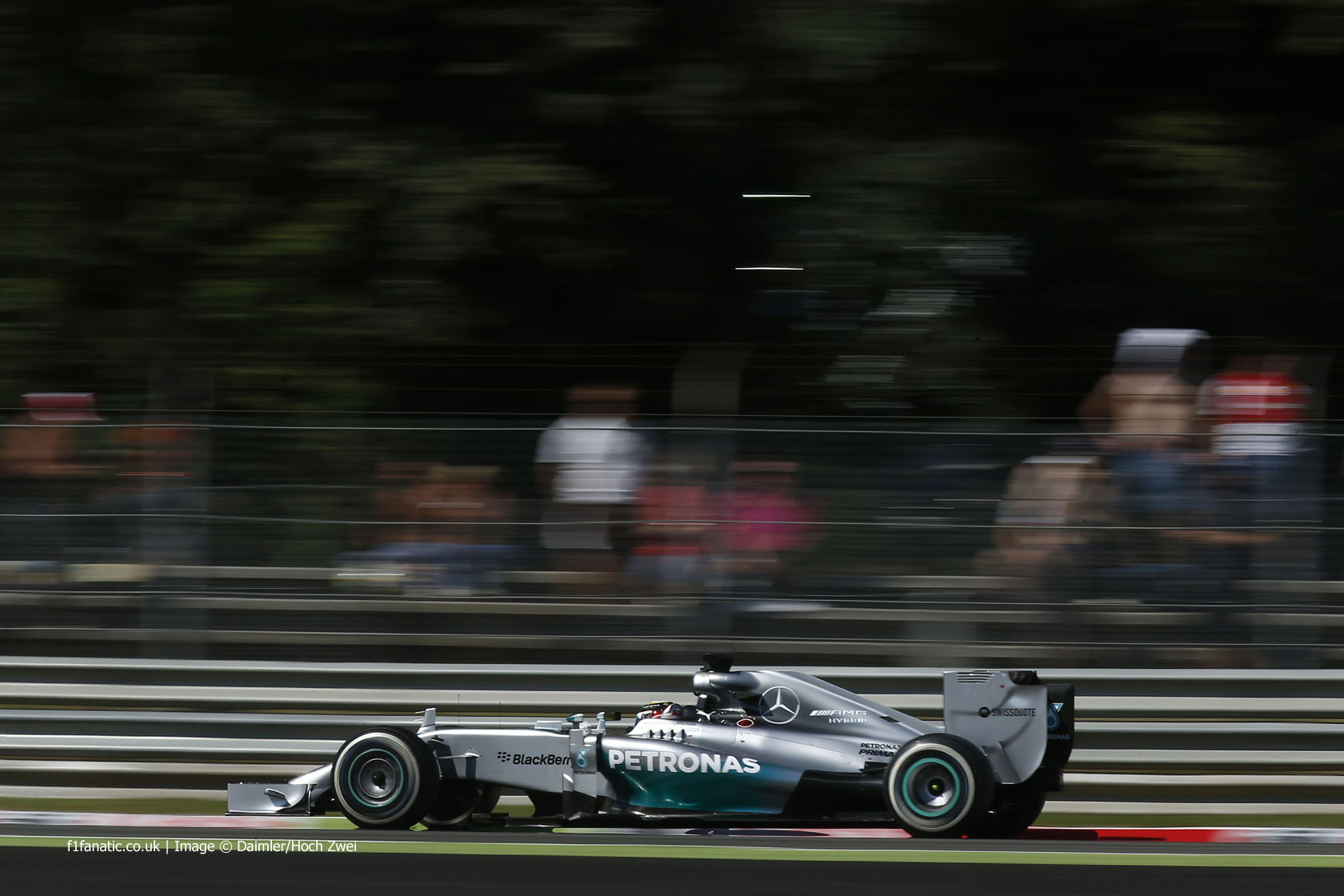 Lewis Hamilton said he decided to attack his team mate immediately after the first round of pit stops because he believed he would crack under pressure.

Hamilton’s strategists advised him to hold back immediately after catching Nico Rosberg following their pit stops at Monza but Hamilton closed on his team mate instead. Shortly afterwards Rosberg made a mistake which handed Hamilton the win.

“I’ve got a great team of people that work with me during the race and always give me advice and really guiding me,” Hamilton told reporters after the race. “And it’s advice, it’s not ‘you have to do this’. And it’s for us to work together so they give me a bit of information, I have to take that and I have to decide how I use that.”

“Because in the first stint I caught up but my tyres were old, sliding all over the place, I couldn’t get close enough. So I knew that would be the best time to do it and put pressure on him. I did it a couple of races ago and he doesn’t seem to like it do I’ll try and do it always now.”

Hamilton had to fight back after losing three places when the race began when his start mode failed to engage.

“It’s a launch button that we press – and everyone will have it – which engages a launch map<" he explained. "So when you stop, you do your bite point find, and then you select gear and you accelerate a little bit and the map helps you control the rpm and then you let the clutch out and do the perfect start." "And it wasn't working so I pressed it for the formation lap, didn't work so I pulled away. And then I thought 'no problem, it'll work on the next time'. "And it didn't, and so I had to just floor it and nailed it and was just wheelspinning on the spot so everyone got a much better start but I'm really grateful that I was able to not lose too many places." Hamilton said that after that he had to tell himself it was still possible to win the race. "Today was another hard day but I loved every minute of it, to be honest," he said. "Of course when you have those issues, particularly knowing how quick Nico would be and the position I was, I was like I'm never going to be able to catch this back." "But you can't let that kind of sink to deep into your thoughts. You just have to think 'I can do it'."

104 comments on “Hamilton thought Rosberg would crack under pressure”