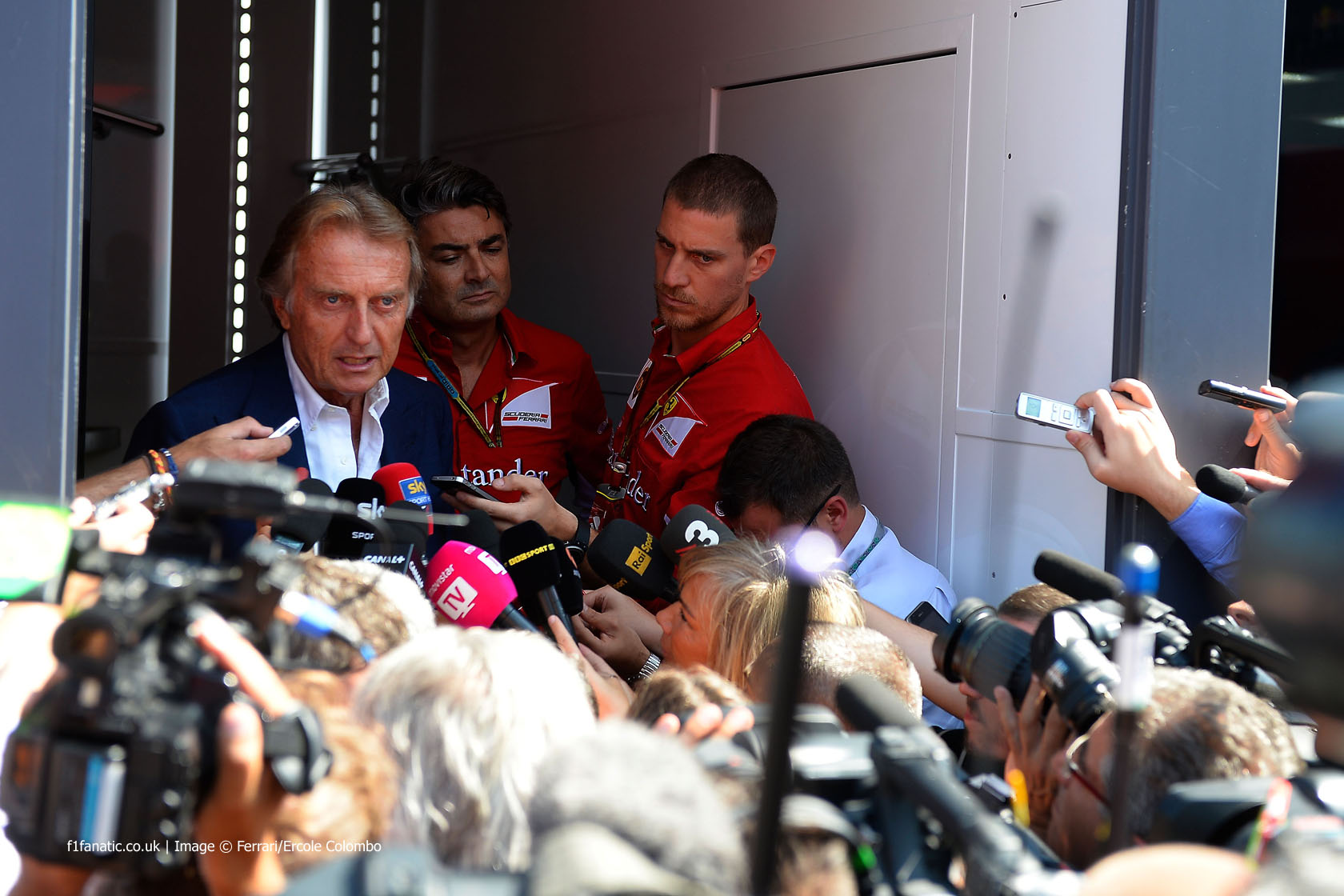 Luca di Montezemolo has confirmed he is stepping down as chairman of Ferrari.

In a statement released on Wednesday he said: “Ferrari will have an important role to play within the FCA Group in the upcoming flotation on Wall Street. This will open up a new and different phase which I feel should be spearheaded by the CEO of the group [Sergio Marchionne].

“This is the end of an era and so I have decided to leave my position as chairman after almost 23 marvellous and unforgettable years in addition to those spent at Enzo Ferrari’s side in the 1970s. “My thanks, first and foremost, to the exceptional Ferrari women and men from the factory, the offices, the race tracks and the markets across the world. They were the real architects of the company’s spectacular growth, its many unforgettable victories and its transformation into one of the world’s strongest brands.

“A warm farewell and my thanks also to all of our technical and commercial partners, our dealers across the globe and, most particularly, the clients and collectors whose passion I so wholeheartedly share.

“But my thoughts go also to our fans who have always supported us with great enthusiasm especially through the Scuderia’s most difficult moments.

“Ferrari is the most wonderful company in the world. It has been a great privilege and honour to have been its leader. I devoted all of my enthusiasm and commitment to it over the years. Together with my family, it was, and continues to be, the most important thing in my life.

“I wish the shareholders, particularly Piero Ferrari who has always been by my side, and everyone in the company the many more years of success that Ferrari deserves.”

Montezemolo’s association with Ferrari began in the mid-seventies, when he masterminded the team’s return to championship success with Niki Lauda designer Mauro Forghieri.

He moved on to other projects in the eighties, and in 1990 was responsible for Italy’s organisation of the FIFA World Cup football tournament.

The following year he was recalled to Ferrari’s F1 team, who had gone eight years without winning a world championship. He hired Jean Todt from Peugeot’s successful endurance racing team to lead them, and the subsequent arrival of Michael Schumacher and Ross Brawn from Benetton laid the foundations for a period of unprecedented success in the early 2000s.

That success continued in the immediate post-Schumacher years: Ferrari won two more constructors’ championships and Kimi Raikkonen clinched the drivers’ title with them after taking Schumacher’s place in 2007.

But the rise of Red Bull in recent seasons has left Ferrari, and Raikkonen’s replacement Fernando Alonso, with no further championship success in the last six years. That point was made by Fiat Group CEO Sergio Marchionne in response to Montezemolo’s denials during the Italian Grand Prix weekend that his future at Ferrari was in doubt.

F1’s introduction of new engine technology in 2014 was seen as an opportunity to regain the initiative as the sport opened up new developments opportunities in an area traditionally seen as a Ferrari strength. But following a poor start to the season Stefano Domenicali, Todt’s successor, became the latest senior member of Ferrari staff to step down over their lack of recent success. They remain the only one of F1’s three engine manufacturers yet to win a race under the new rules.