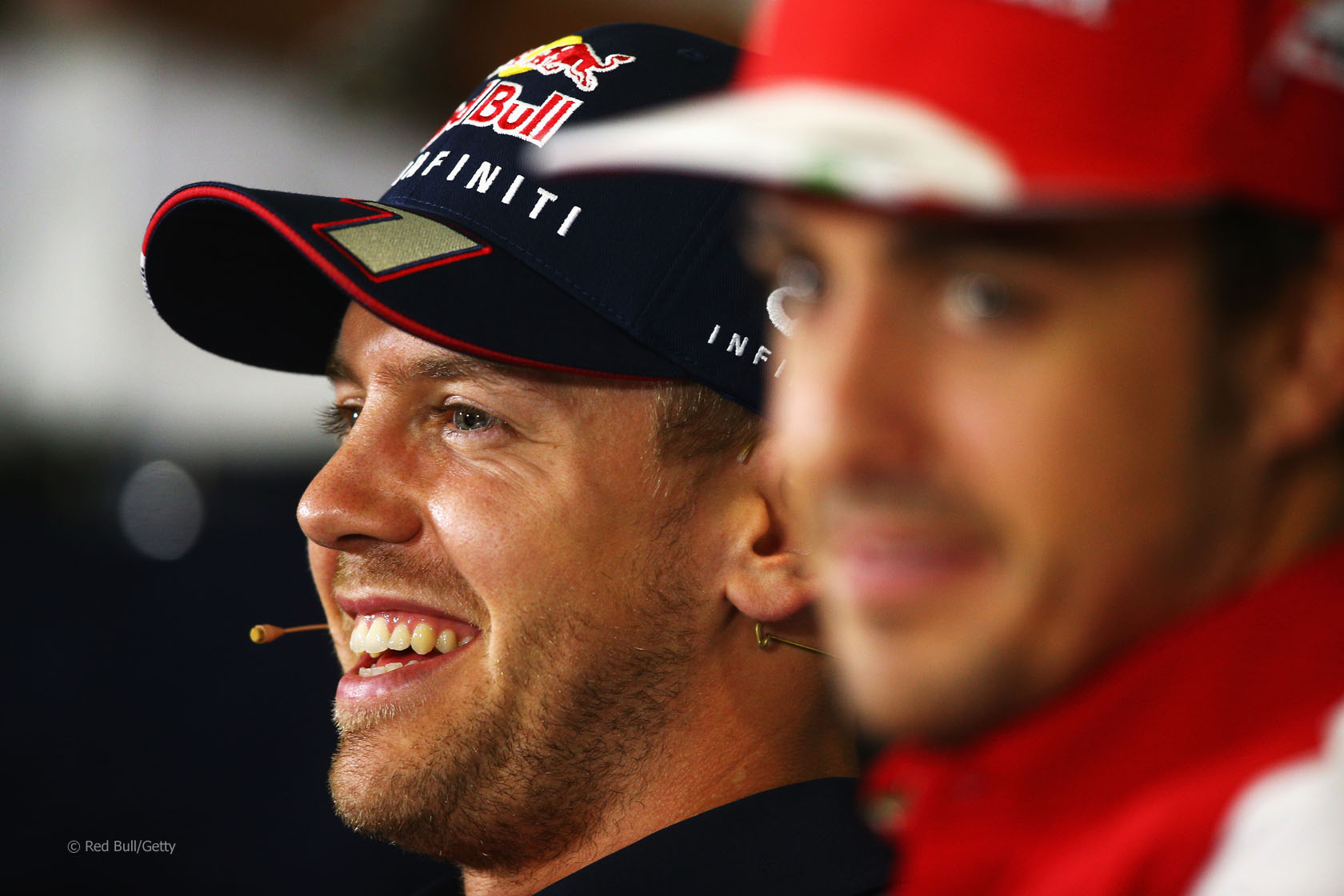 In the round-up: Sebastian Vettel dismisses the latest driver market rumours suggesting he will swap seats with Fernando Alonso at Ferrari.

Vettel: “There have been no new developments. I am under contract at Red Bull and am happy where I am.”

“I say to [Toto] Wolff that Rosberg effectively caused a collision, and he says: ‘Absolutely,’ adding: ‘In Spa, he wanted to make a point. And that was an error of judgement. He shouldn’t have done it.'”

“The state has provided about $50 million for the 2012 and 2013 races. Most of the money goes to pay Formula One’s sanctioning fee to hold the competitions, records show.”

“This is to ensure they do not get in the way of low-level helicopter flights conducting aerial filming during the race.”

“I keep saying we have been doing small but consistent improvements on the car but definitely this track [showed] completely the deficit that there is between us and the leaders.”

“The debut season in F1 is obviously very tough but it’s been OK. The aim for me is to stay in Formula One for many years and that’s what we’re working at doing at the moment.” John Surtees: “What was most disappointing, however, in the way we project motor sport around the world, is to hear that certain element in the crowd booing the world championship leader, Rosberg. Everybody attributed it, in comments I’ve read, to the incident with his team-mate. But I recall last year that it was Vettel who was getting the booing, so it makes one wonder.”

“An artist who previously worked here hid a teapot in each of the track environments; we’ve still not found them all to this very day.”

“The latest thinking in F1 circles is that Ferrari’s new management is looking to build a team that will be able to win in a sustained way, just as it did between 1999 and 2008 when Ferrari won eight out of ten constructors’ titles.”

“As traditional forms of commercial sponsorship has become harder to find, Formula One teams have recognised that a greener future offers two significant advantages to their businesses.”

Don't just blame FIA for this one. These concepts have root in Strategy Group. F1 isn't even an Oligarchy anymore. Its Plutocracy gone mad.

How many times this season have the Mercedes drivers alone had to make critical adjustments to get to the end of the race? Should the driver also guess when to switch over to an auxiliary oil tank to prevent a failure?

When cars perform poorly or fail for lack of engineering support, this is not ‘improving the show’. This is not going to last.

I predict that there will be a raft of ‘exceptions’ for reliability or safety reasons, which exceptions will soon swallow the rule, or at least make it impossible to administer.
DaveW (@Dmw)

Happy birthday to Al and Valentina!

Happy birthday to Stirling Moss who is 85 today! Here’s a video clip of him from 1958: