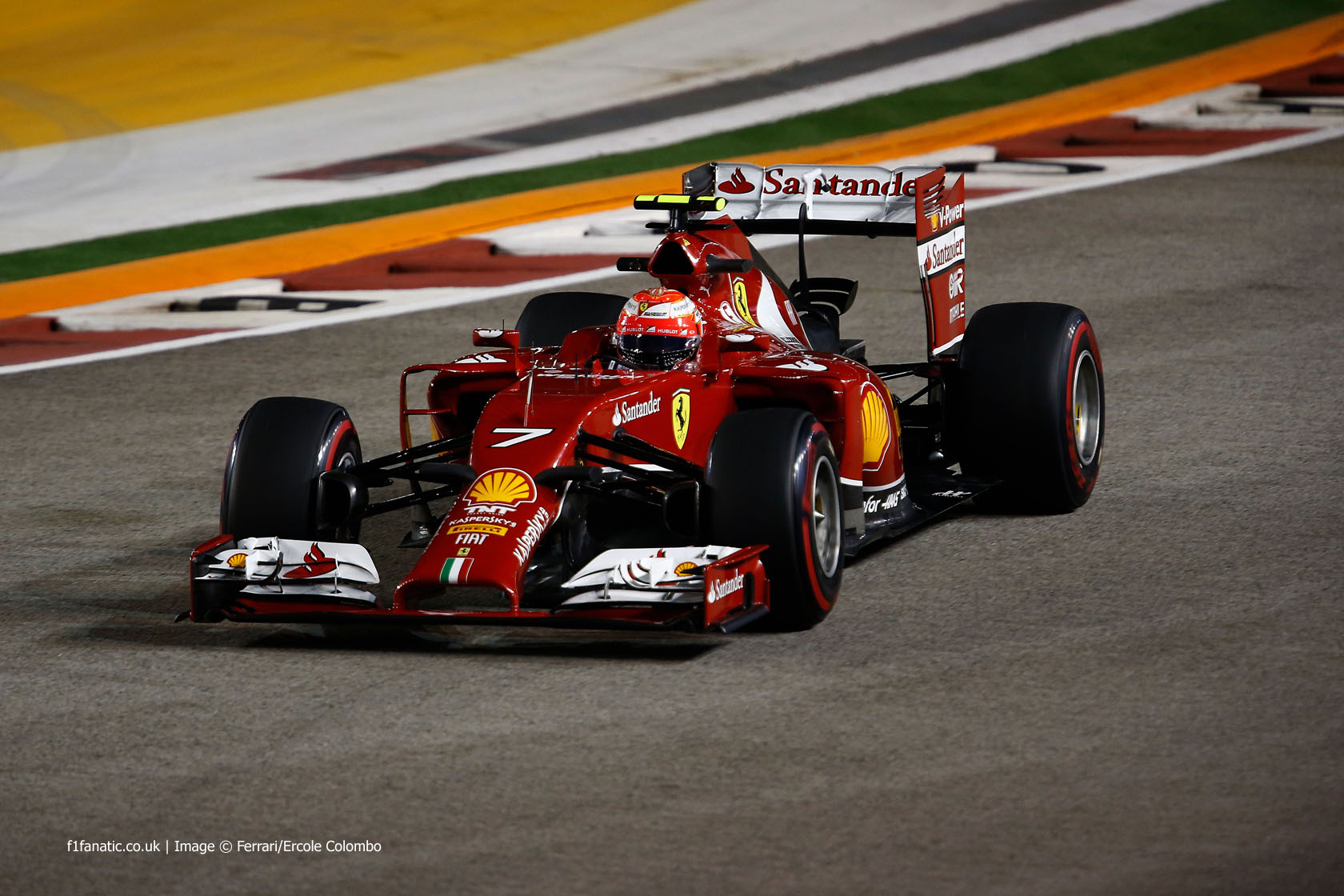 Kimi Raikkonen says he is finally happy at the wheel of his Ferrari despite being struck by a technical problem during qualifying.

Raikkonen was quickest in the first part of qualifying but slipped to seventh on the grid following a software problem on his car during Q3.

But he said he and the team are “going in the right direction” after a difficult season so far.

“I’m very happy with the handling of my car,” said Raikkonen.

“Yesterday we made some changes to the set-up and in qualifying, I finally managed to drive the way I wanted.

“Unfortunately, in Q3, on my final run on new super-soft tyres, a problem forced me to pit. It’s a real shame as I felt comfortable in the car and we had the potential to get a good result.