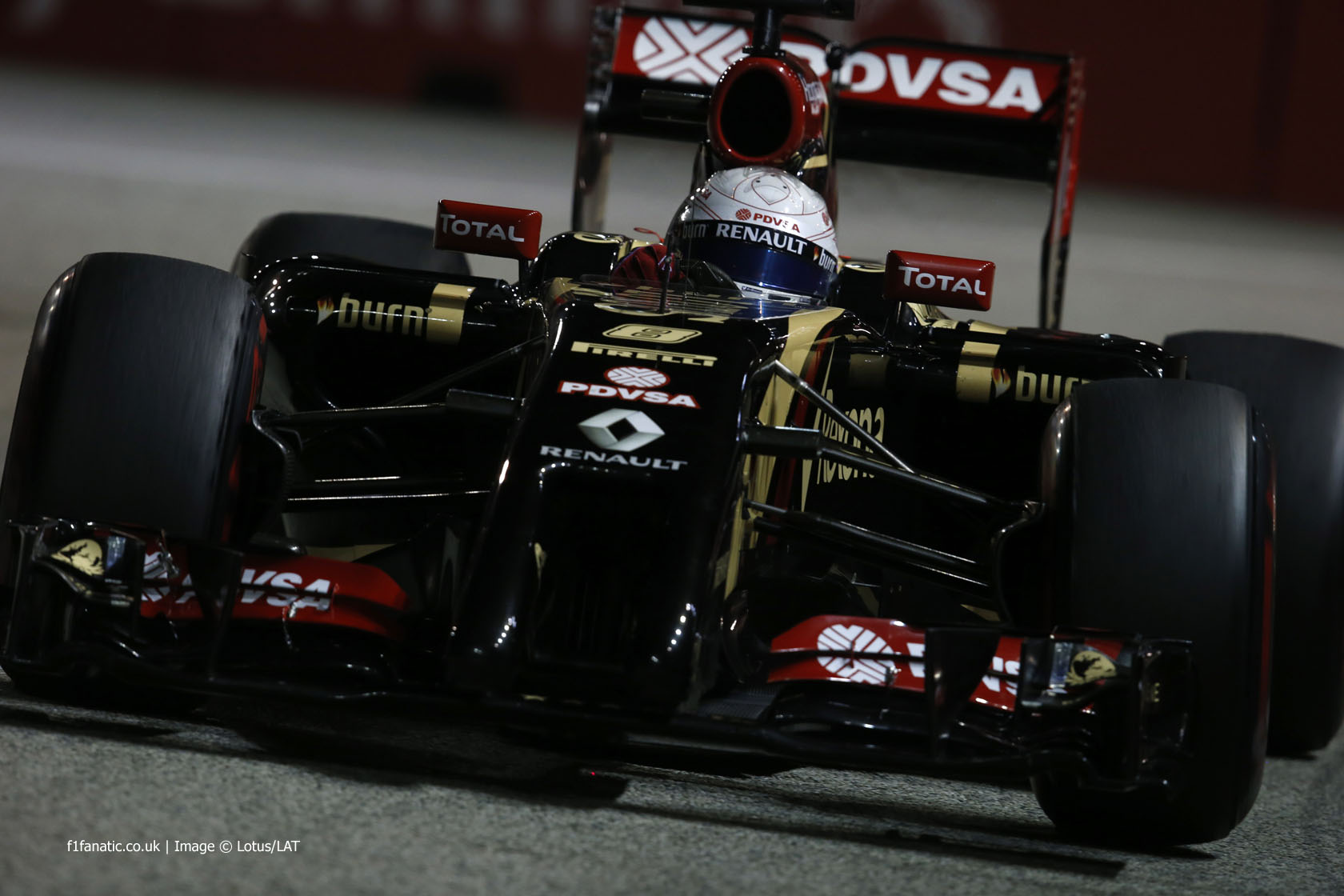 The Lotus driver made it as far as Q2 – unlike team mate Pastor Maldonado – but was the slowest of the remaining 17 drivers.

A furious Grosjean made the reasons for his car’s lack of pace clear when he spoke to race engineer Ayao Komatsu on the radio immediately afterwards:

Lotus had talked up their chances ahead of the Singapore Grand Prix weekend on a circuit where aerodynamic grip is far more important than straight-line speed. The team’s head of trackside operations Alan Permane said it was “very frustrating” both cars had suffered the same problem during qualifying.

“The E22 has been working much better in high downforce here in Singapore and both drivers had the potential to qualify higher than we have seen for most of this season,” he said.

“Unfortunately, both experienced a similar issue related to the turbo wastegate which meant they lacked full power when they needed it most during qualifying.”