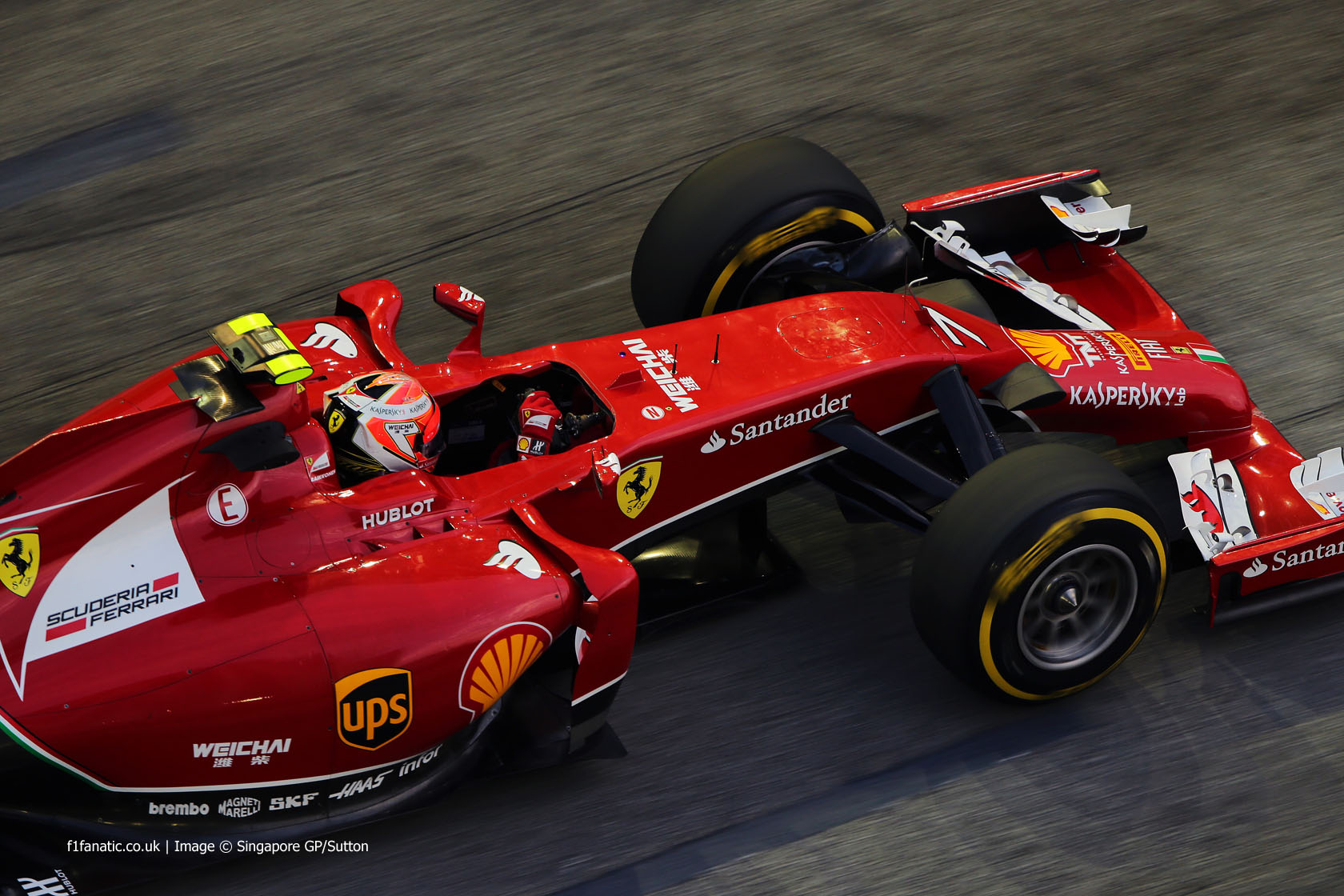 In the round-up: Ferrari say they are not seeking a relaxing of the engine development rules to increase their chances of catching Mercedes.

Marco Mattiacci: “We never worked from the cynical angles and tactical angles to say let’s do this softening of the rules so we can catch up with Mercedes. That’s totally untrue and probably misleading for my people.”

“If Alonso moves, Jenson Button believes he would still be the driver sitting alongside the two-times world champion in 2015 to complete the most experienced pairing on the grid.”

Another rumour about Fernando Alonso’s future places him at Lotus next year in a Mercedes-powered car as part of a deal arranged by Flavio Briatore.

“In terms of racing, F1 isn’t what it used to be any more. I got to feel that when I did my race. There’s not much grip from the tires and not much downforce in the corners. You can’t go flat out.”

‘Hamilton worth the money’ (Sky)

“These are the Lewis Hamilton days. These are the days when you recognise how great he is and it makes the difference between the superstars and the stars.”

“Sauber has a bit of a history with always struggling when massive rule changes came into effect, but we have always been able to bounce back in the next season.”

Toto Wolff: “It is also a concern for safety. How do you not want to communicate with a driver whose steering wheel doesn’t show anything any more?”

Rosberg wants ‘F1 constructors’ title out of the way’ (Crash)

“It would be good to get the constructors’ out of the way [but], at the moment, I’m disappointed with today and just want to dig in with the team to understand what went wrong.”

“We do still have a few more people in the incoming and outgoing pipelines, which is something that always happens when you want to stay fresh.”

Word from the wall (Red Bull)

Christian Horner: “Both drivers were getting into a bit of trouble with their tyres. There was just enough separation [to pit both cars on the same lap], we took it and the boys did their bit which was fantastic. It’s much more difficult, there’s that extra pressure on the boys of knowing there’s another one coming, they can see it when they’re both in the pit lane at the same time. I think there was about six seconds of separation. It focuses the mind a bit.”

“At Suzuka [in 1997], I got disqualified and went from nine points in the lead to, suddenly, one point behind but it worked out okay. In ’96, I had an oil leak at the first race. The points lost there decided the championship.”

Todt needs to stand up and be a president. This sport is in chaos #f1

Out in Kuala Lumpur, 1.6kg steak. #Petronas Towers behind. Need someone to carry me outta this place…. #toomuchfood pic.twitter.com/Ljpoqmae0q

Is a return to South Korea for F1 really that unlikely?

Imagine you are Bernie Ecclestone.

A guy who has lost hundreds of millions of dollars building a race track in the middle of nowhere that can’t draw spectators comes back after you’ve parted ways and says “let’s do it again”. Are you really going to say “no thanks, we have enough of your money”?
@Kazinho

A controversial Portuguese Grand Prix 25 years ago today saw Nigel Mansell receive a one-race ban after failing to respond to a black flag then colliding with Ayrton Senna. Mansell had been shown the flag for reversing in the pits.

His Ferrari team mate Gerhard Berger won the race, his first since suffering severe burns in the San Marino Grand Prix earlier that year, while second place for Alain Prost moved him 24 points clear of Senna with three races to go.

Third place went to Stefan Johansson, who gave the Onyx team their only podium finish.

Here’s the moment Mansell incurred the penalty, followed by the collision with Senna:

86 comments on “Engine unfreeze ‘not to catch Mercedes’ – Ferrari”