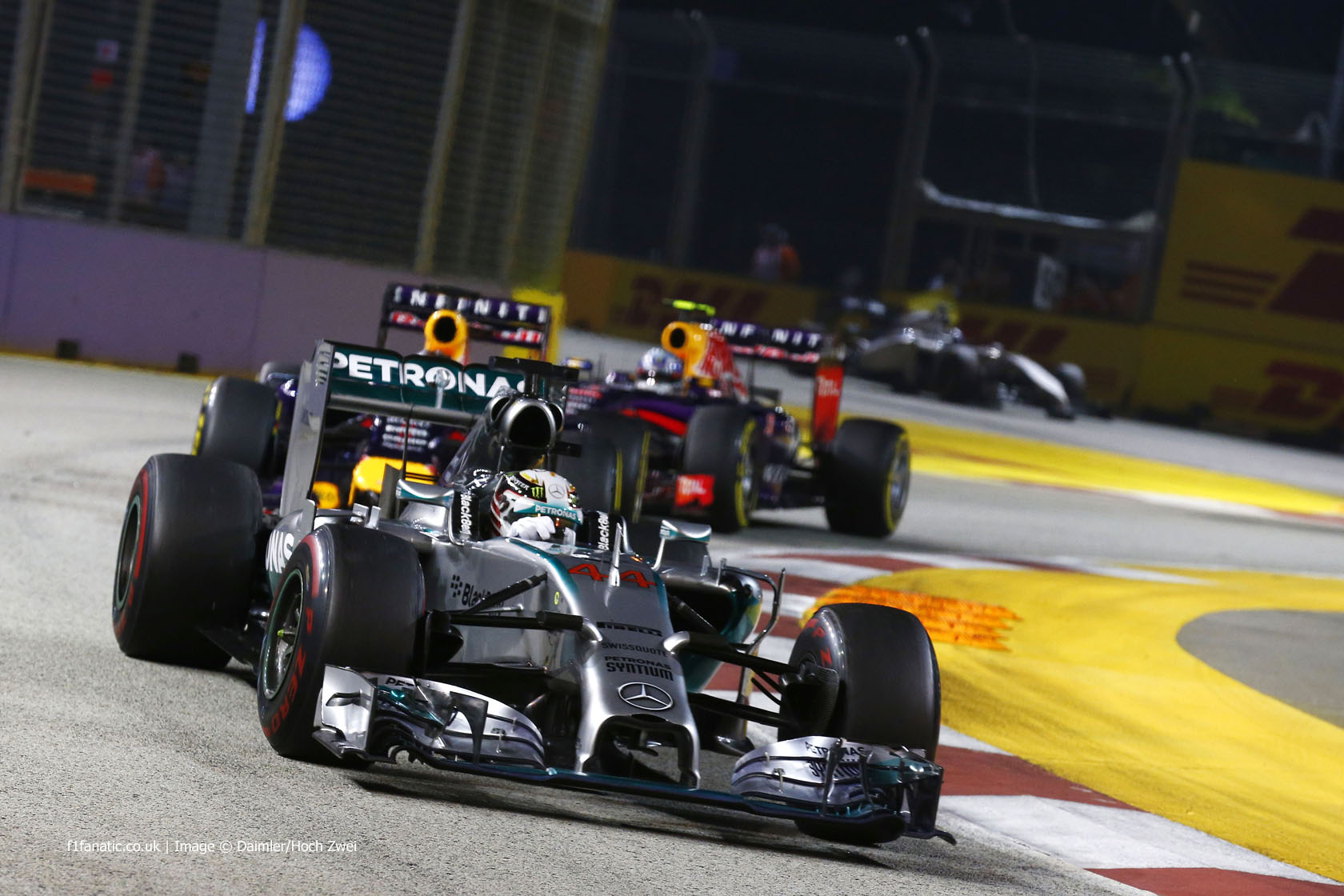 In the round-up: Mercedes’ motor sport director Toto Wolff admits the team was surprised their rivals were so close in Singapore.

“Singapore generally is different and the gaps tend to be closer, [but] it was closer than we expected.”

“I knew when I pushed to get this seat that if I go for this seat it’s my one opportunity and it’s going to be make-or-break. I knew what I was going in to and I think I’m doing OK.”

“Formula One World Championship Limited filed lawsuits against various companies using the F1 name and logo earlier this month, including the Millville-based New Jersey Motorsports Park and its F1 Karting.”

The latest Caption Competition didn’t fail to provoke many amusing response and those from Ryan Petersen, Me4me, Russ, Mashiat and Gareth J all came close to winning.

However the following from @Nemo87 was my favourite: Ecclestone: I just pulled it out of my pocket to send a text, and it’s bent!

Two years ago today McLaren team principal Martin Whitmarsh said his departing driver Lewis Hamilton was making a “mistake” by leaving the team to join Mercedes – but since then his decision has clearly paid off.

42 comments on “Mercedes’ rivals “closer than expected” in last race”