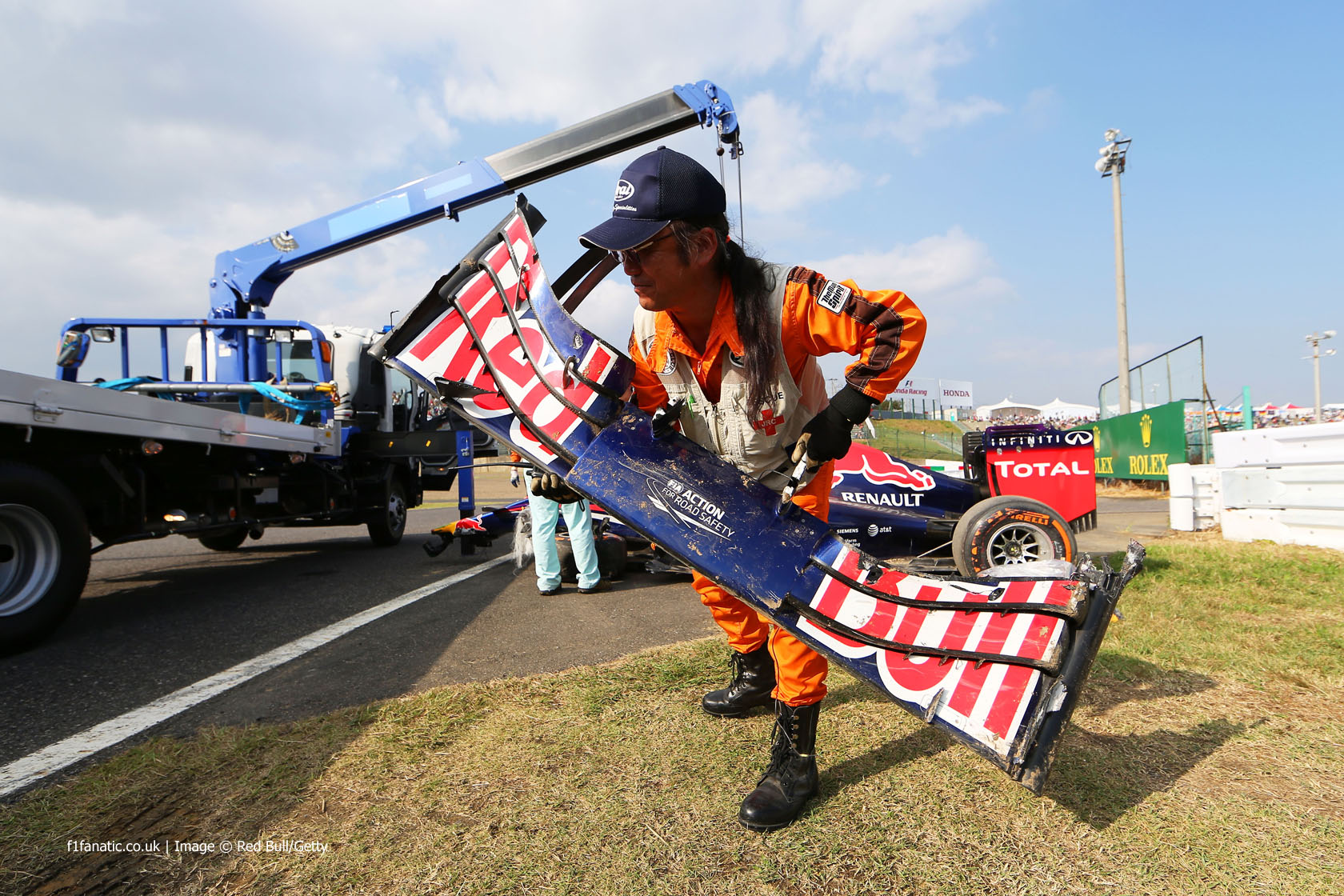 Daniel Ricciardo said he was to blame for his crash in the early stages of Friday’s second practice session at Suzuka.

The Red Bull driver skidded off the track at the last corner and hit a barrier. The session had to be red-flagged while his car was recovered.

“I made a mistake in FP2,” Ricciardo said afterwards. “I did a quick lap and then I was trying to get a good exit to start the next one.”

“We were trying to cool the tyres and there was a yellow flag so I was trying to go slow enough to miss it at the start of the lap, but I think the tyres cooled too much and I was too hard on the throttle for the situation and lost the car.”

Ricciardo hopes the data gathered by team mate Sebastian Vettel will enable him to make progress but expects they won’t be able to beat the Mercedes in Japan.

“It’s not ideal as we missed running this afternoon, but Sebastian did a full session so we will be able to see his data,” said Ricciardo.

“The Mercs were really quick today,, we think we’re there but then they pull a gap. I think we should be able to be third on the grid.”

12 comments on “Ricciardo accepts blame for crash in practice”