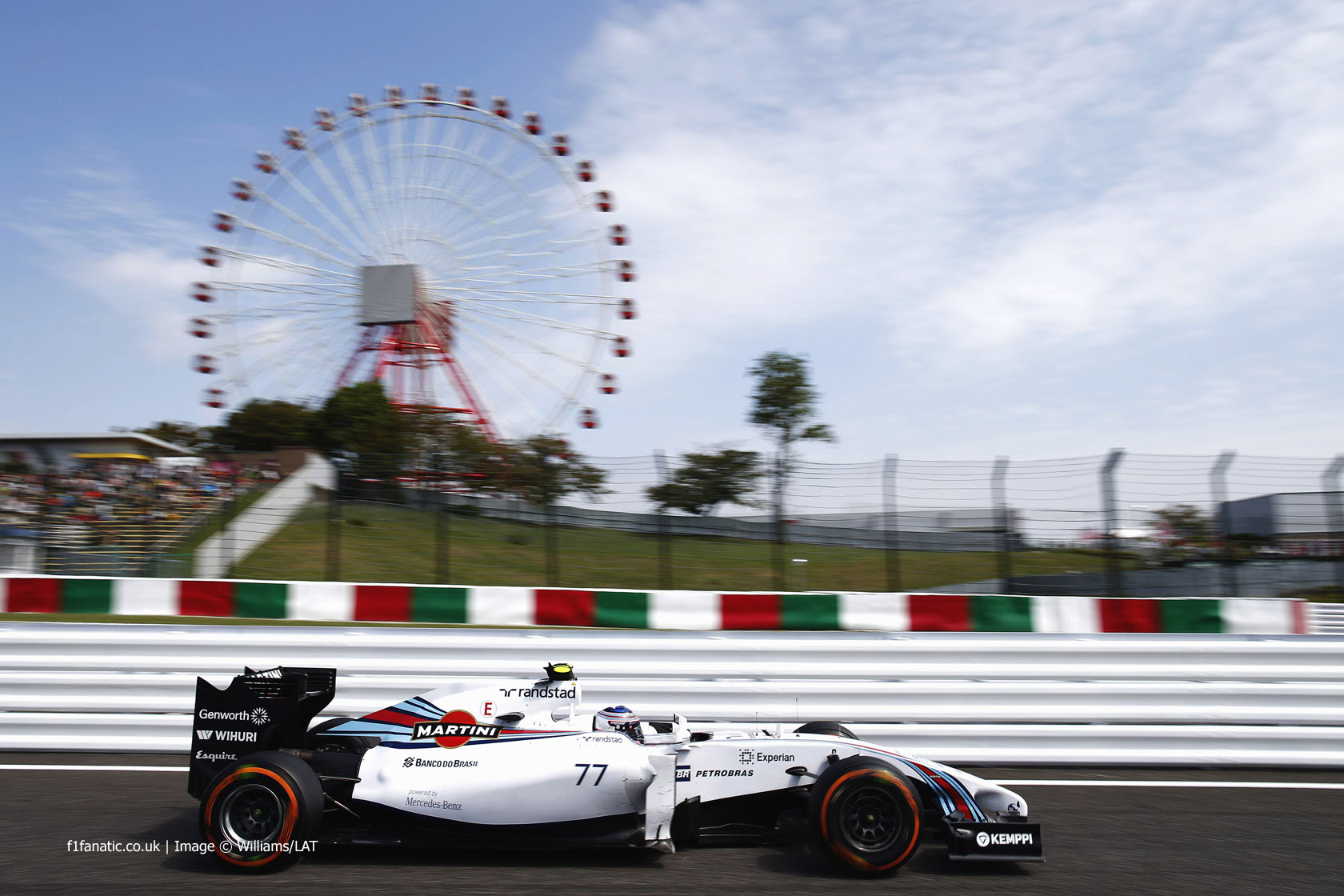 Mercedes were the class of the field in the two dry practice sessions at Suzuka on Friday, even though Lewis Hamilton and Nico Rosberg set their best times with laps that were less than perfect.

But as sunny skies during the first session gave way to gathering clouds and spots of rain in second practice, the teams are well aware that rain is threatening in the days ahead. And lots of it.

Typhoon Phanfone is working its way steadily towards the region, and while forecasts continue to indicate the worst effects of it won’t be felt until after the grand prix, it remains to be seen just how much of a race is going to be possible if Suzuka sees as much rain as is increasingly expected on Sunday.

For now, however, the teams went about the business of evaluating their latest upgrades and set-up tweaks on a dry circuit. This will not have been entirely in vain, as Saturday’s qualifying session is still expected to be dry.

As usual Mercedes were fastest followed by the Ferrari of Fernando Alonso which we have learned to expect looks a bit faster than it really is on Fridays. However the presence of the Williams of Valtteri Bottas in fourth place is intriguing – Williams have tended to keep a low profile on Fridays, and this could be an indication that the optimism they headed into this weekend with is entirely justified. His long-run pace looked good, too, though he probably won’t be able to make use of it until next week in Sochi.

Felipe Massa was over a second off his team mate’s pace, and complained more than once during today’s running about being unhappy with the balance of the car. But afterwards he said this was not connected to the team’s latest upgrades.

“I had some issues today and just couldn’t get any grip,” Massa explained, “it has nothing to do with the new aero parts as those seem to have worked well. Once we can fix the issues, I think we can be competitive tomorrow.”

In dry conditions Williams could be a threat to Red Bull, particularly as their rivals missed out on valuable high-fuel running due to Daniel Ricciardo crashing his car early in the second session. However as we’ve seen several times already this season the RB10 reacts positively to wet conditions while the FW36 is decidedly averse to them.

McLaren also had a productive day as they continue to make steady gains with the MP4-29. “We traditionally lack pace to our rivals on a Friday, so it’s nice to see the performance we have,” said Jenson Button.

“That first session wasn’t too bad, but we were able to make some really productive changes to the car as the circuit gripped up and the temperatures rose in the afternoon. The majority of those changes will also help our long-run pace, which is another positive.”