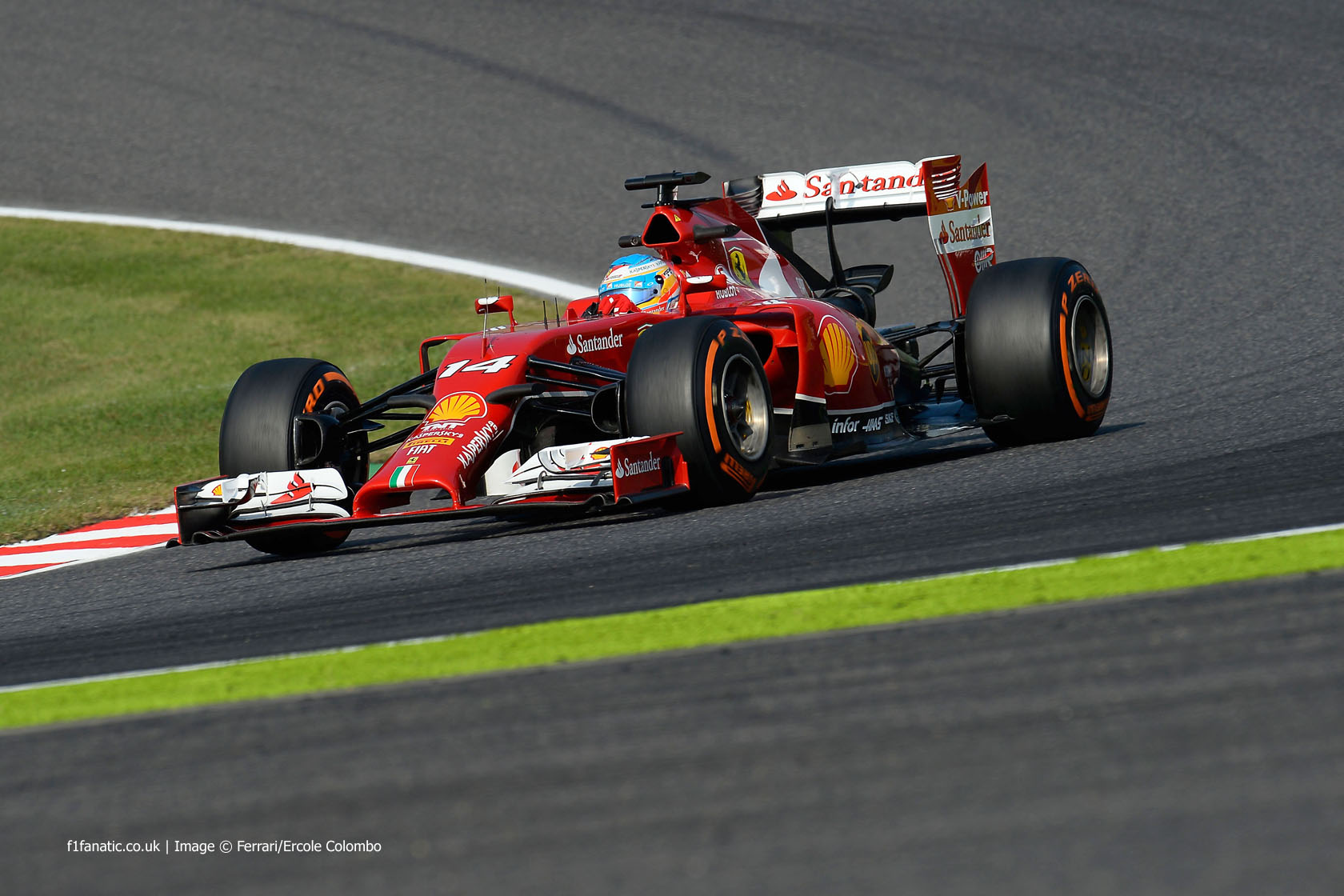 Fernando Alonso suspects there could be a late change to the start time of the Japanese Grand Prix due to the threat from typhoon Phanfone.

The race is scheduled to begin at 3pm local time which is just over 21 hours away. But with Phanfone forecast to move closer to the track, causing high winds and heavy rain, it may prove impossible for the race to go ahead.

“Unfortunately the typhoon expected tomorrow is creating a bit of tension because over the past two days we haven’t done any wet running and having to do the opening lap of the race itself in the rain always complicates matters,” said Alonso.

“Currently, we don’t know how much rain we can expect, so all we can do is prepare for a difficult race, because Suzuka is a circuit where, even in the dry, incidents can occur and it’s easy to make mistakes.

“I think that later today, the race director might take a decision regarding this, with the possibility of bringing the race forward.”