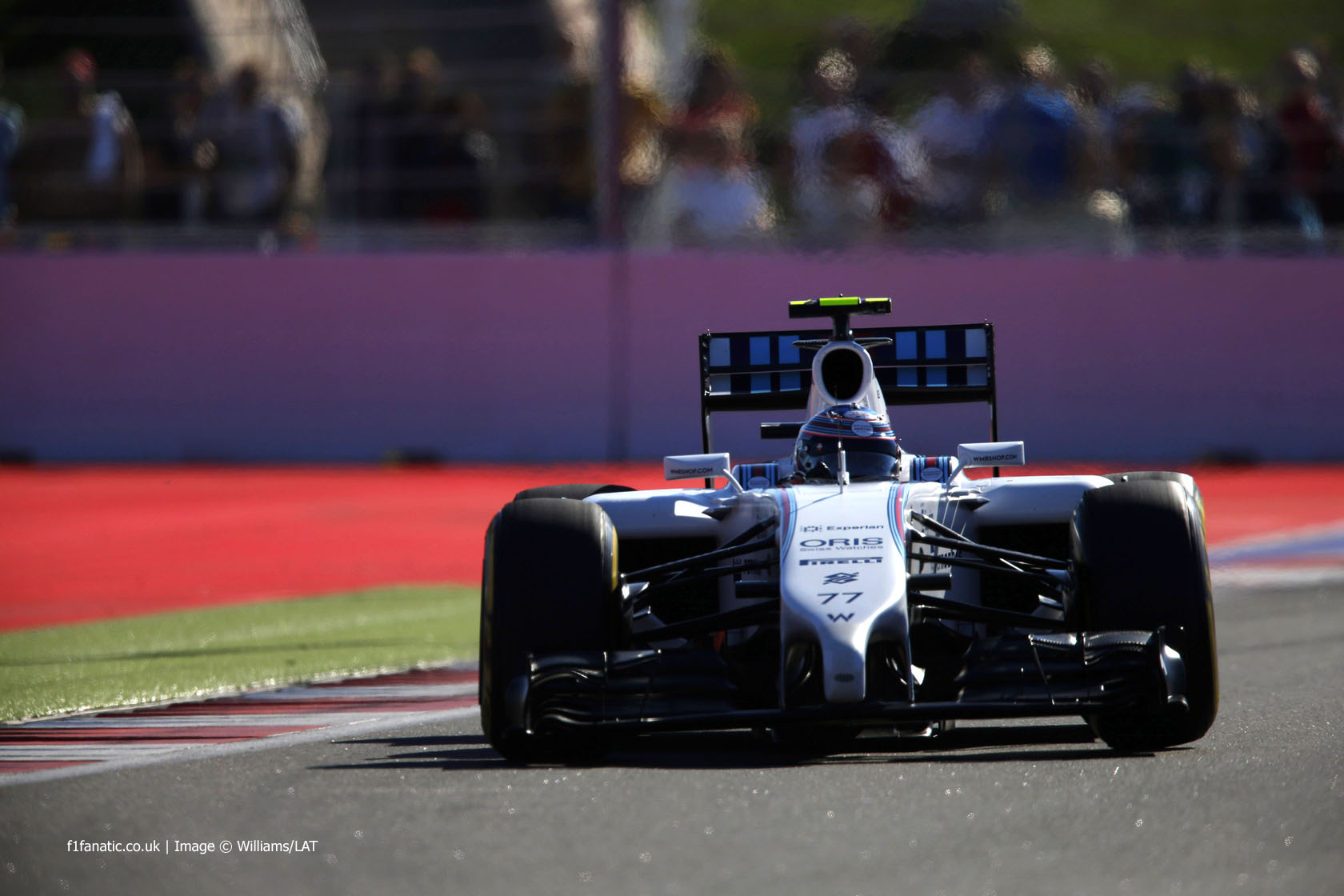 Having given them a scare in qualifying, Valtteri Bottas was hopeful of taking the fight to Mercedes in the race.

But he wasn’t able to take advantage of Nico Rosberg’s first lap mistake to beat him to second place.

“We went into the race today with the mentality that we were going to fight Mercedes for the win,” said Bottas, “but their pace in the race surprised us a bit and in the end we need to be satisfied with third place and another podium.”

Williams delayed Bottas’s pit stop until his tyres had dropped a long way off, and after pitting he came out of the pits just over a second ahead of Rosberg. But the next time by the Mercedes passed him at the first corner.

“My [medium] tyres were taking a good ten laps to switch on so he would have caught me regardless,” Bottas said, though he tried to catch Rosberg towards the end of the race.

“I was closing in the final laps as my tyres were getting better but he had managed to create too big a gap.”