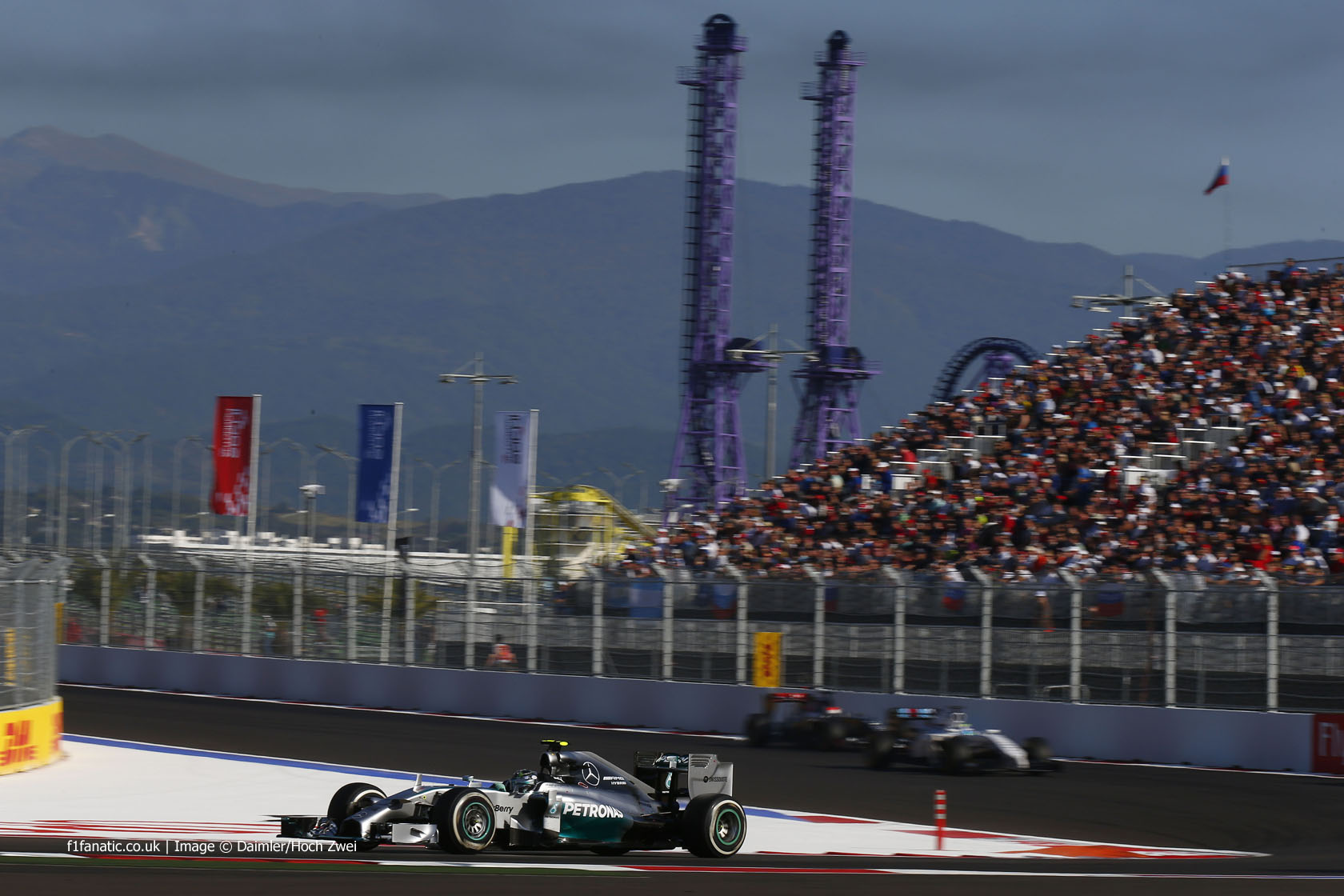 Strategy in the Russian Grand Prix was shaped by unusually durable tyres, which Nico Rosberg completed almost the entire race distance on.

Having switched to medium compound tyres on his second lap Rosberg was still improving his lap times until the end of the race. He set the fastest lap of the race on the penultimate lap, by which time his tyres were 51 laps old, though it was beaten on the final tour by Valtteri Bottas.

Both the Toro Rosso drivers appeared among the top seven fastest laps, demonstrating the same pace they showed in qualifying. But poor fuel economy meant neither finished in the points.

Unusually, Daniel Ricciardo set two lap times which equalled his quickest of the race to within a thousandth of a second, on the 50th and 53rd (and final) laps.