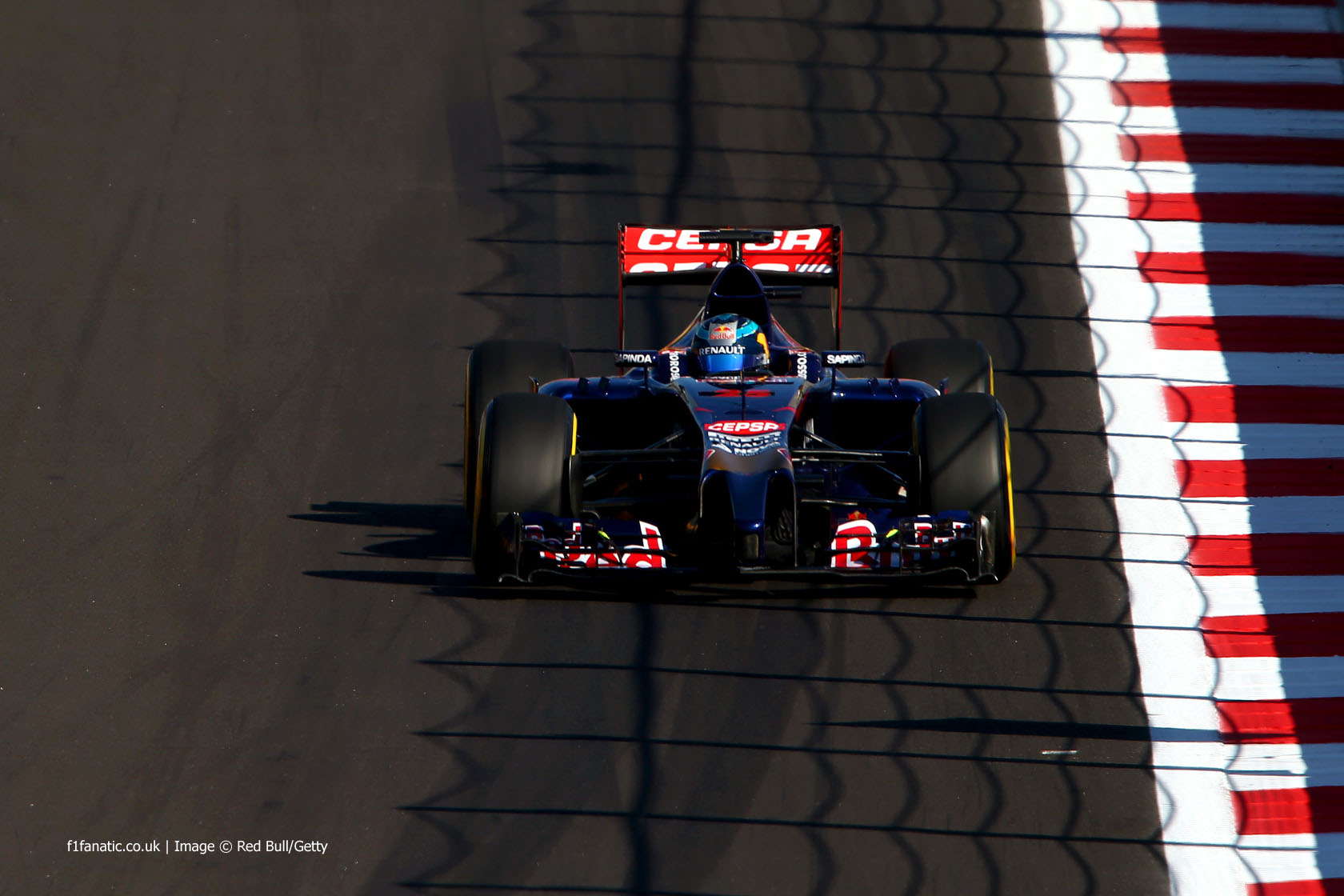 The Russian Grand Prix was an exercise in fuel-saving for many drivers due to the high consumption caused by the Sochi layout.

With no Safety Car periods during the race offering an opportunity to reduce fuel use, several drivers were repeatedly warned to back off.

“I had to do a lot of fuel-saving, especially in the second half of the race,” said Kevin Magnussen.

“It was a pretty uneventful afternoon for me. It was almost like a chilled-out Sunday drive,” he added, “because I was easing off the power 200 metres before the corners in an effort to save fuel.”

“I was really surprised that no-one was able to catch me, in fact; I guess the guys behind me must have been experiencing the same problem.

Sergio Perez received urgent warnings about fuel consumption on his radio but was able to hold off Felipe Massa for tenth place.

“We tried our best to push throughout the race,” he said, “but obviously the fuel strategy was quite marginal – especially because I started the race on the medium and had to really push to keep in touch with the group on the softs.”

“When I was on the softs, it was hard to save fuel because I had to defend from Felipe who was behind me for the whole of the second stint. So it was a hard afternoon, but hopefully we can be in better shape for the coming races.”

Both Toro Rosso drivers also blamed high fuel consumption on their uncompetitive performance. “It was an extremely frustrating race,” said Jean-Eric Vergne. “We have to understand why we had to save so much fuel.”