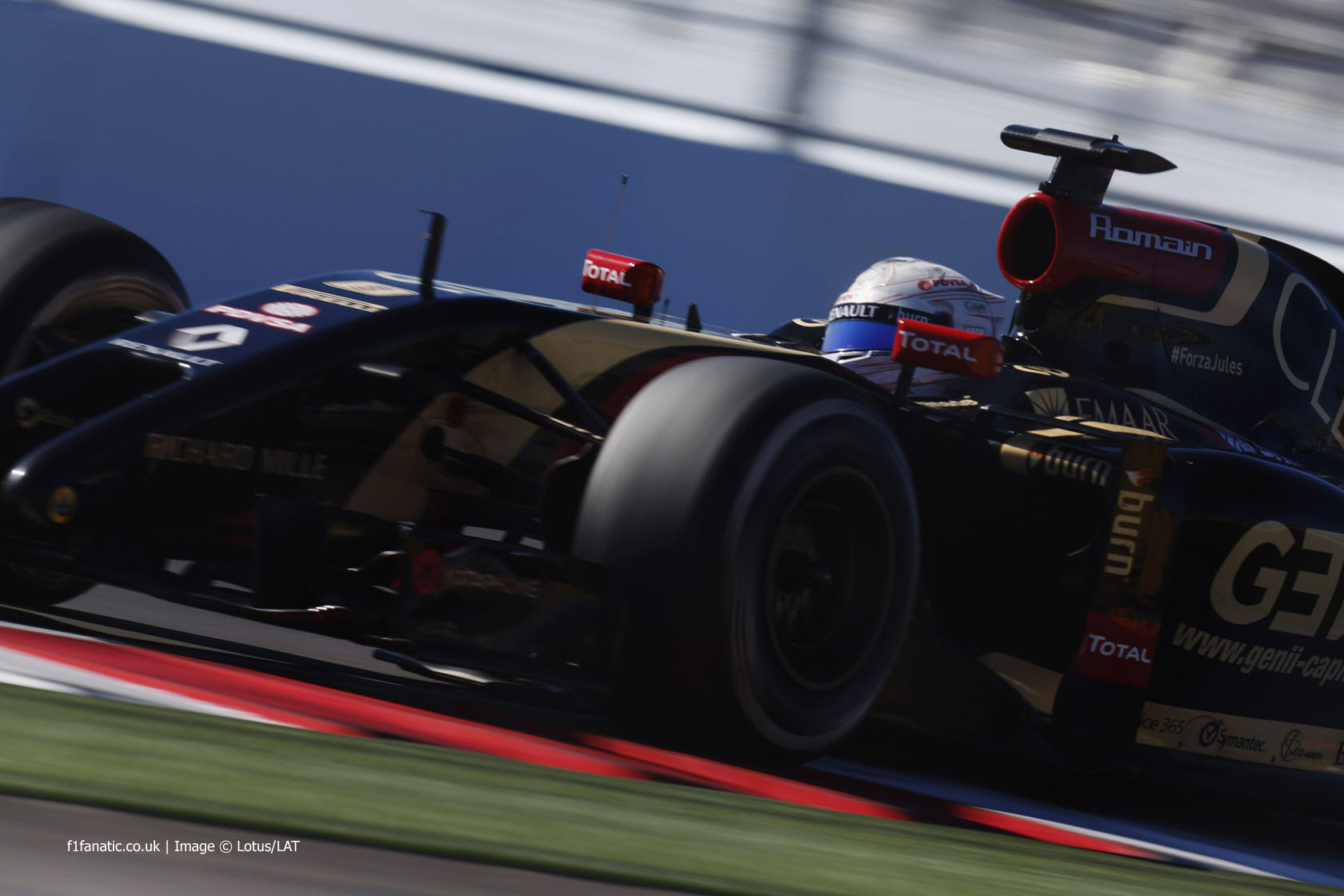 Romain Grosjean has been given the first penalty points on his licence following his collision with Adrian Sutil in the Russian Grand Prix.

Grosjean and Sutil made contact at turn two which knocked the Sauber driver into a spin.

The stewards ruled Grosjean “did not leave enough space” for Sutil which caused the collision. They handed him a five-second time penalty for the contact plus two penalty points.

Grosjean said he was already braking as much as he could for the corner when Sutil tried to pass him.

“He was on the softer tyres and had a lot more grip than me going into [turn three],” said Grosjean.

“That corner closes up a bit on exit and he didn’t want to go too much off the racing line. I was already on the maximum for the braking zone and we just touched a little.

“It felt more like a racing incident to me but never mind, we head to Austin and hope for better things.”

28 comments on “Grosjean gets penalty points for Sutil clash”