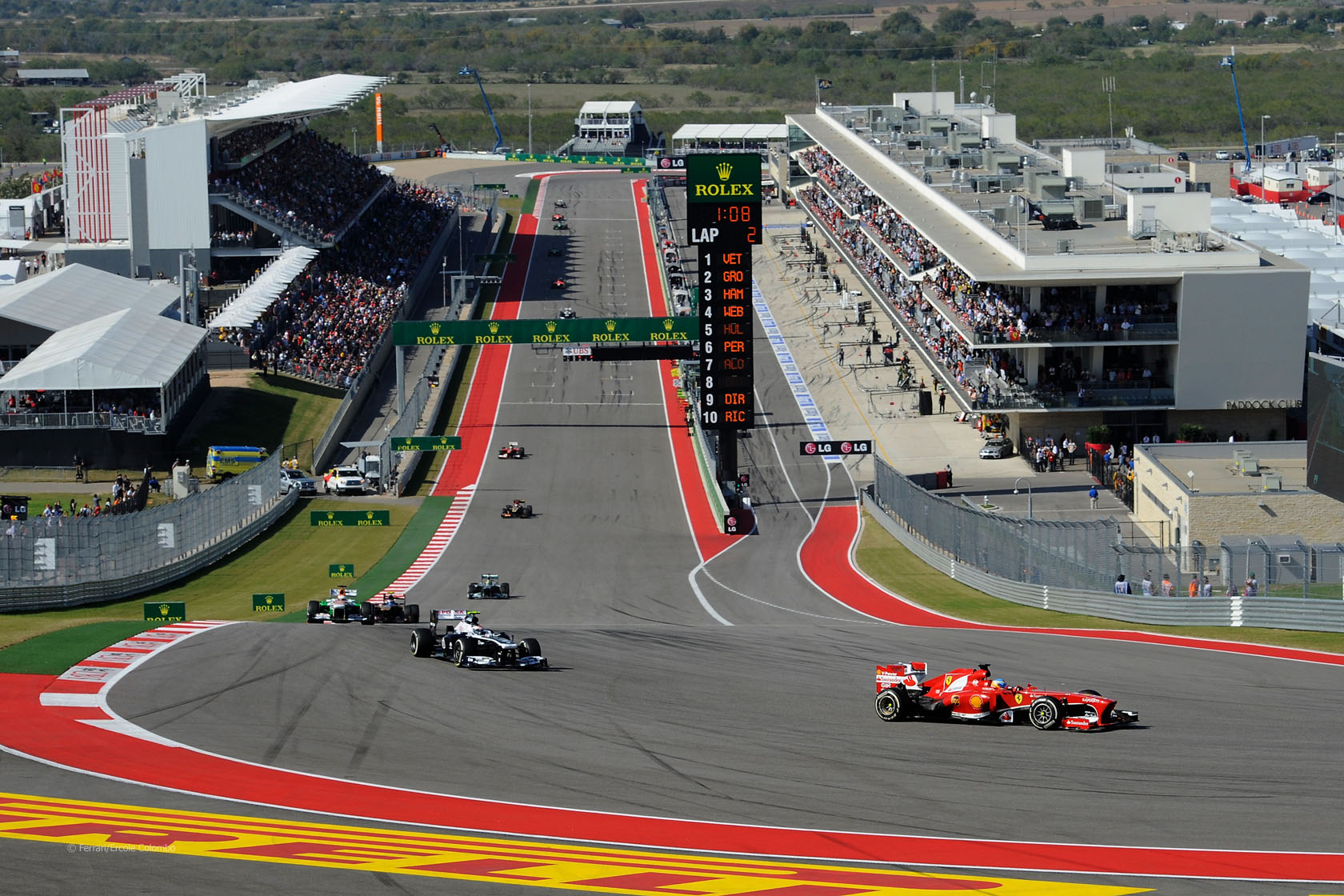 In the round-up: An automatic speed limit system designed to prevent a repeat of the type of accident Jules Bianchi suffered will be tested during practice for the next race at the Circuit of the Americas.

“The suggestion is that the reduced speed to achieve this will be in the region of 100kph. Bianchi was believed to have been travelling at 212kph through turn seven [Dunlop Curve] when he left the track in Suzuka, in spite of lifting off the throttle, as was acknowledged by FIA race director Charlie Whiting.”

“Whether it means anything or whether it does anything, it would be great to dedicate this to Jules and his family. It will make a very small difference to them, for sure.”

Political theatre on Putin’s big day out (The Telegraph)

“[Russian president Vladimir] Putin’s hand was not totally absent before the race began. The teams and drivers had been sent an extraordinary, unprecedented edict before the race commanding ‘total silence’ during the Russian national anthem.”

“This situation is difficult for the team. I don’t know what will happen, if they will take another young driver or not.”

“Only 45 points behind Ferrari. I know it’s a big ask, but last race is double points… we could possibly challenge them.”

“In all honesty Mercedes has done the best job this year. What it does is motivate you, you know how much work goes into winning a world championship, and to win it four times in a row is an enormous achievement.”

“When a guy is fighting for his life, it is so sad that people can suggest something like this.”

At Imola @MaxVerstappen3 started 11th but beat @anto_giovinazzi for 2nd by 0.019s at the line. @tom_blomqvist won. pic.twitter.com/AkvIeitrJX

Quick note: Media reports about Mick Schumacher talking about his father's health condition and injuries from Go Pro camera are NOT true!

#F1 Vettel will use 6th engine in Austin. He already announced not to take part in qualifying cause he will start from pitlane anyway.

So what is Alonso’s “obvious” destination for 2015? Here’s a theory:

The obvious choice is McLaren. Neither Red Bull nor Mercedes want or need him, and neither have seats available.

The only other top team worth considering is McLaren, naturally, especially since they are gunning for a significant change of fortunes with the new Honda partnership.

As good as Williams may be at the moment, it’s hard to see them having the money for Alonso, and it’s hard to think that he would see them as a serious prospect for championship success, even with the sort of performances they’ve put in this year. Not that you’d rule it out, but you certainly wouldn’t say it was likely.
@MazdaChris

An interview Michael Schumacher had given during a recent test session made the headlines 20 years ago today when he questioned the abilities of his championship rival Damon Hill.

After pointing out that newcomer David Coulthard had twice had to move aside to let Hill past Schumacher added “I’ve learned nothing about Damon’s weaknesses, because he’s never been under pressure. I have already known his weak points for some time.”

The comments raised the tension ahead of the forthcoming resumption of their championship battle following Schumacher’s two-race suspension.