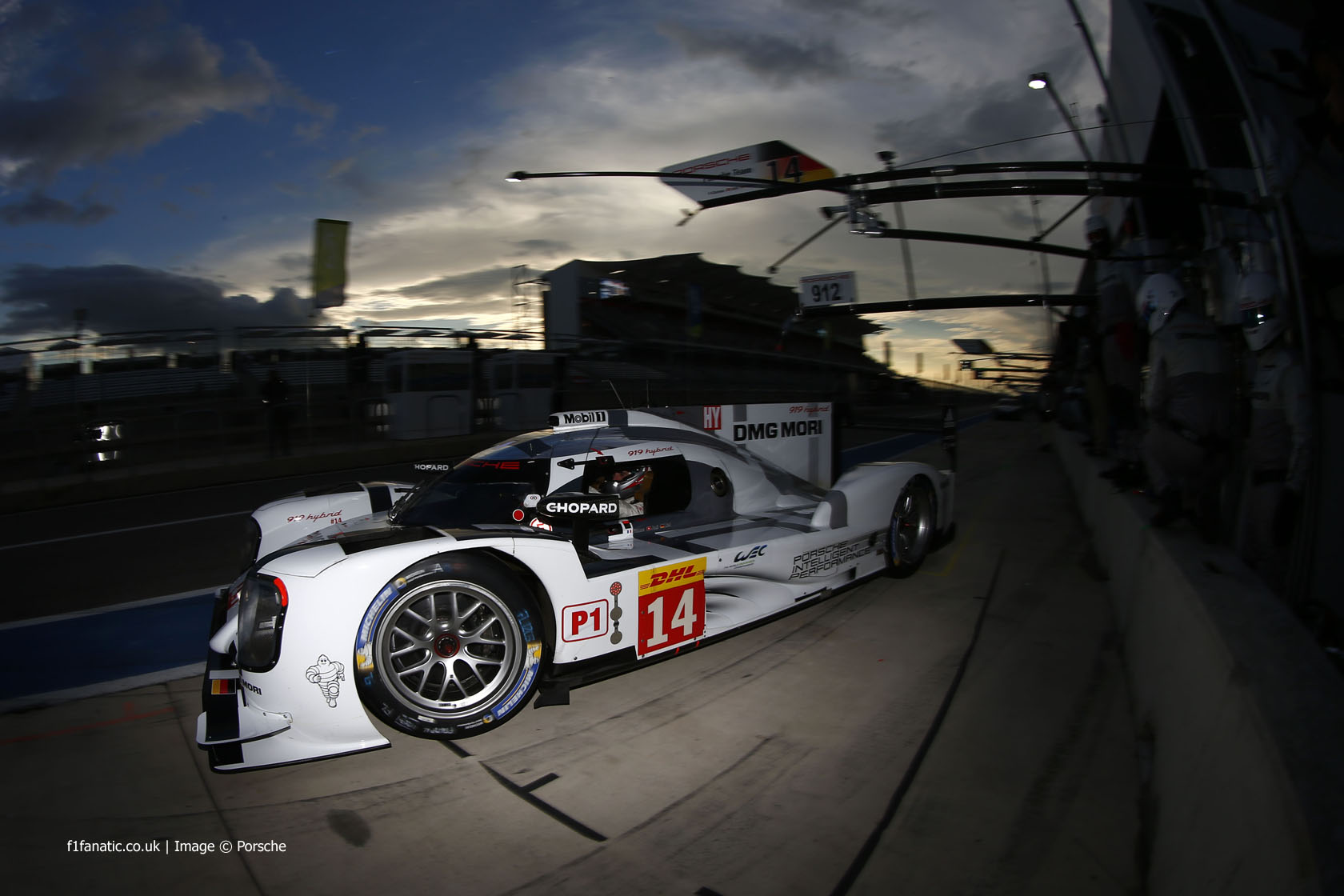 In the round-up: Jenson Button could switch to the World Endurance Championship if he loses his F1 seat.

“Button’s manager Richard Goddard described the world endurance championship as a ‘formidable series that is gaining strength It is a very credible race series to compete in.'”

Toto Wolff: “If you have a development cycle in-season, and you bring a new spec in season for the end of June/end of July then the whole development process, because the most expensive bit is running parts on the dyno, is happening twice a year.”

Hamilton and Rosberg told not to change approach (F1)

“He could control Europe or America; he is able to deal with it. But I think he is very busy. Let him finish what he’s doing and then we’ll see.”

“‘Vegas say they are ready to go and it would be on The Strip for sure,’ said Ecclestone, referring to the famous road which runs through the centre of Las Vegas and is lined with casino resorts including the Bellagio and Caesars Palace.”

“I am very much surprised that [Alonso and Ferrari have] parted ways. It was obviously a mutual agreement, or disagreement, whatever you want to call it.”

Dealing with Formula One’s down side (ESPN)

“In 1977, questions were asked and lessons learned. But there was none of the, to quote [Karun] Chandhok, ‘insensitive and annoying’ need for a deep and meaningful personal reaction from anyone remotely involved because you, the viewer and reader, allegedly need to know.”

All eyes on Jerez this weekend as @CarloSainz & @PierreGasly battle it out in World Series Renault. #RedBullFamily pic.twitter.com/RRGEkBZtkS

Sat in another airport lounge! At least this time I'm heading somewhere for a nice little rest!

Are Pirelli only getting negative PR out of Formula One?

every time I see Paul Hembery appear on TV now I rather think he’s gained the world-weary attitude of a man that knows whatever he and the company he works for do, it’s gonna get criticised. The tyres are too soft or there’s too many pitstops or there’s too many marbles or the drivers can’t push or the tyres explode or the tyres are too hard or the tyre won’t switch on or the race is boring because the tyre won’t degrade or the compounds aren’t right or the wet weather version isn’t very good or…

I just have a feeling Pirelli will pack it up soon, there’s only so much good PR that comes out of being sole supplier and I think they’ll think they’ve had most of it now.

Which would be a shame, because I think they’ve done a lot for F1, so hopefully I’m wrong.
Robert McKay

Jenson Button won the world championship five years ago today in the Brazilian Grand Prix, while Mark Webber claimed victory in the race: