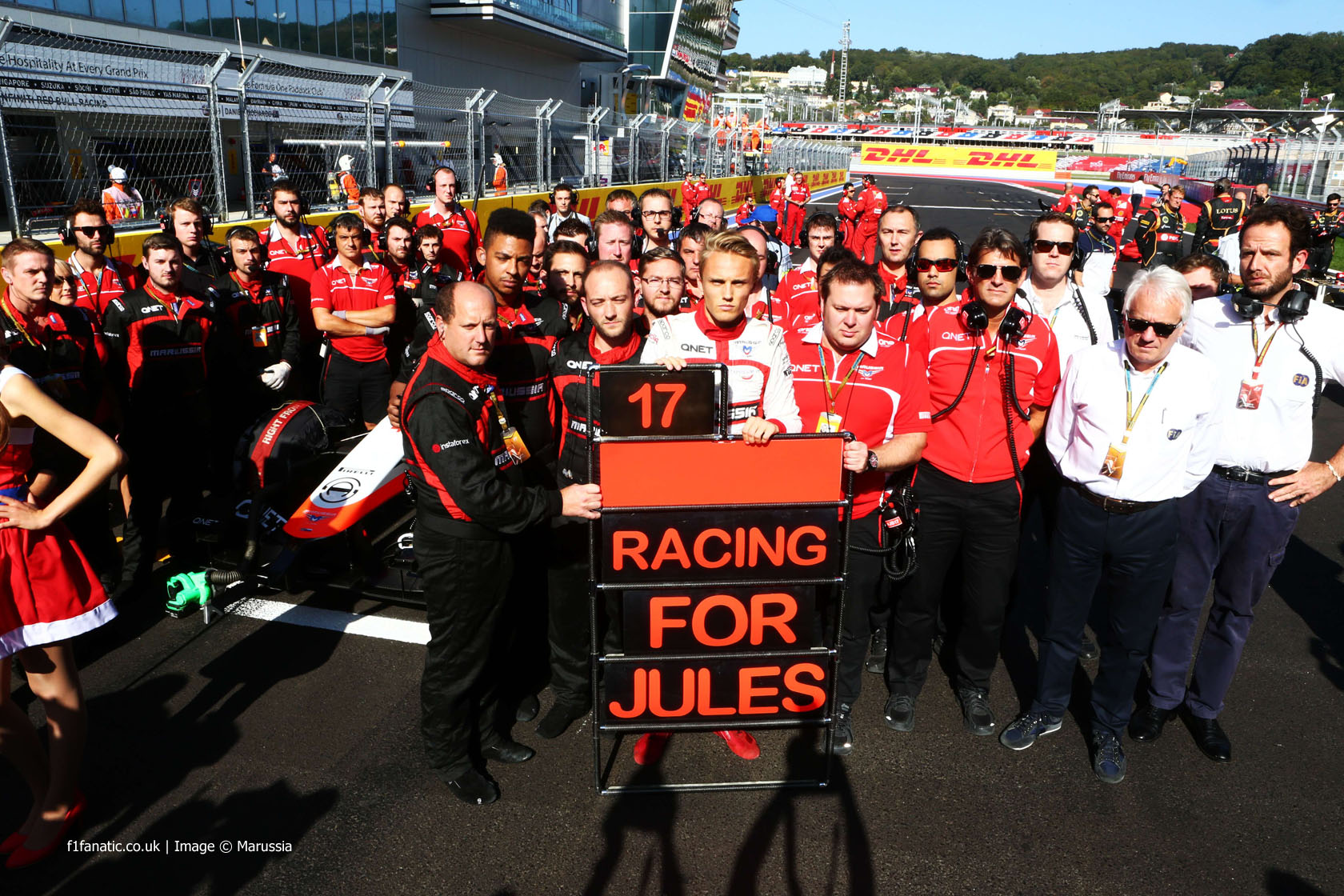 In the round-up: Marussia may return to Formula One before the end of the season.

Which drivers and teams are you backing in F1 this year? Here’s how to show who you’re supporting on F1 Fanatic:

“I understand they have lodged an entry under Manor Grand Prix Limited for the 2015 World Championship and that they are targeting being in Abu Dhabi if they can get some solid investment in place.”

“The three teams who were ready to boycott Sunday’s United States Grand Prix, Force India, Sauber and Lotus, waited until 90 minutes before the start of the race before announcing that they would compete after all.” “It’s not just about starting from pole. Races like this feel even better; you have to outsmart the guy ahead of you.”

“The double points have the potential to overshadow a season. We know why the double points came in – it made all the sense in the world to make the season spectacular for the audience until the very last race – but now we are in a situation where it might change the outcome.”

“Obviously I hate the situation the way it is and the way things are going, and I cannot solve it by myself.”

How Verstappen learnt from father’s silent treatment (The Telegraph)

“Jos, furious after investing weeks preparing the kart only for Max to make what he regarded as a rookie’s error, took it to extremes. “I didn’t speak to him for seven days,” he says.”

“Russia, hosts of the 2014 Sochi Winter Olympics, the 2014 Formula One Russian Grand Prix, and now preparing for the 2018 World Cup, has tabled a draft UN General Assembly resolution on ‘Sport as a means to promote education, health, development and peace’.”

I am not a fan of double points,and I know from 1986 that its never over till that last lap.Merc are doing a fantastic job for both drivers

As F1’s revenue structure pushes more team to the brink, Bernie Ecclestone said: “I know what’s wrong, but don’t know how to fix it”. @Kelsier has a different view:

I think he meant to say “I know what’s wrong, but don’t want to fix it.”
@Kelsier

28 comments on “Marussia could make F1 return at season finale”