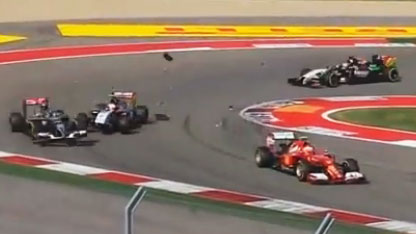 Lewis Hamilton’s pass for the lead and Sergio Perez’s lap one collision with Adrian Sutil were among the highlights filmed by fans during the United States Grand Prix.

The view from the tower

Footage from the weekend

Were you at the United States Grand Prix? Did you capture any videos? Share them here: