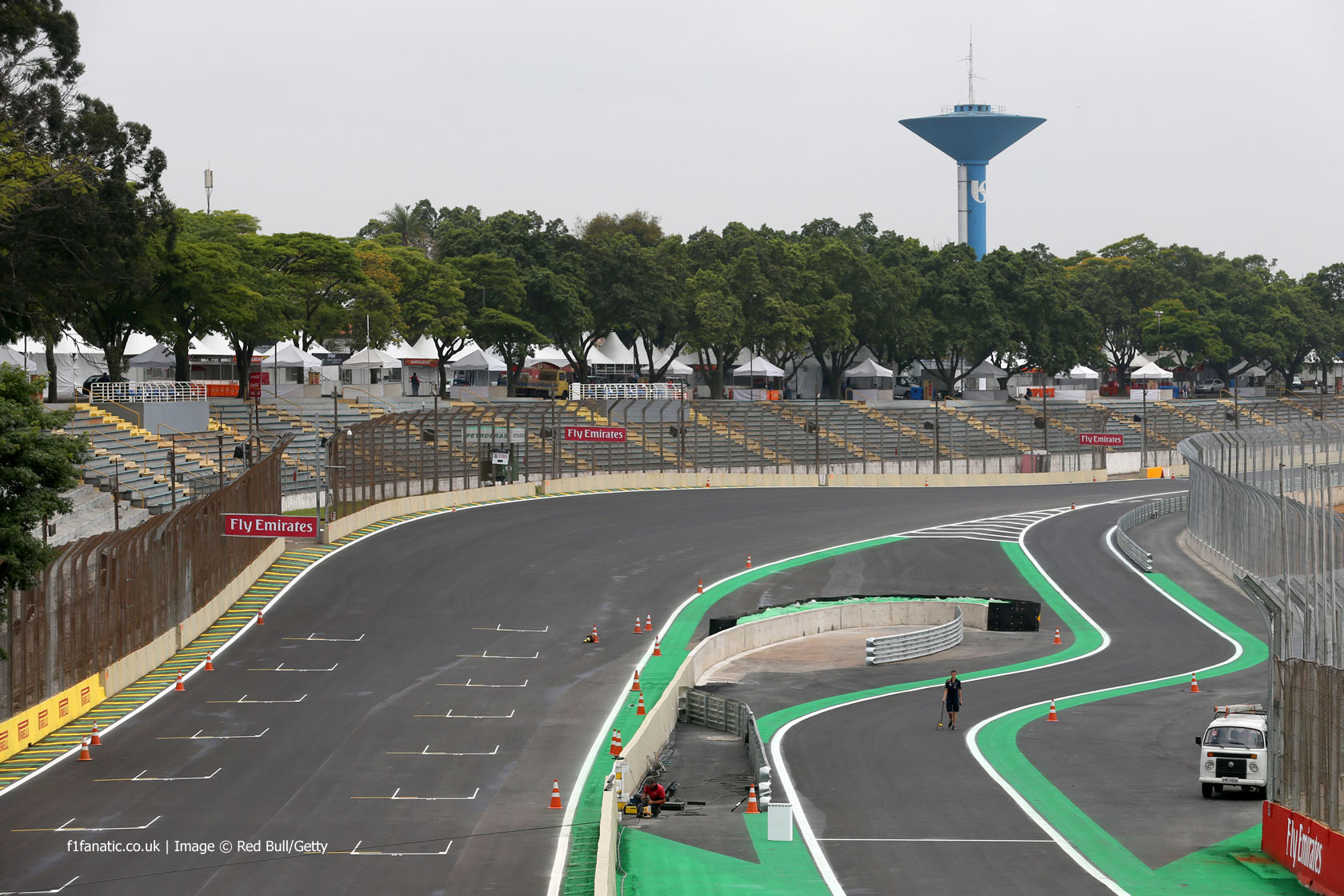 Felipe Massa says the changes made to the pit entry and exit at Interlagos should make the track safer for drivers.

The approach to the pit lane entrance has been remodelled to reduce the chance of drivers hitting the barrier which divides the track from the pit lane. Other alterations have been made where the pit exit joins the track at the Curva do Sol (turn three).

Massa, who has inspected the changes, said “the pit exit is more or less similar, a little bit more side. And I would say corner two is more safe because the wall is a bit more far away so we don’t see so many crashes which we saw many times on that corner. I think it will be a lot safer now.”

“I really hope we will see no accidents or less accidents than we saw in the past there. So anyway we need to drive to see exactly. It looks OK by looking, you just need to drive it to be sure about it.”

Massa criticised the stewards during last year’s Brazilian Grand Prix when he was penalised for cutting across the pit lane entrance during the race.