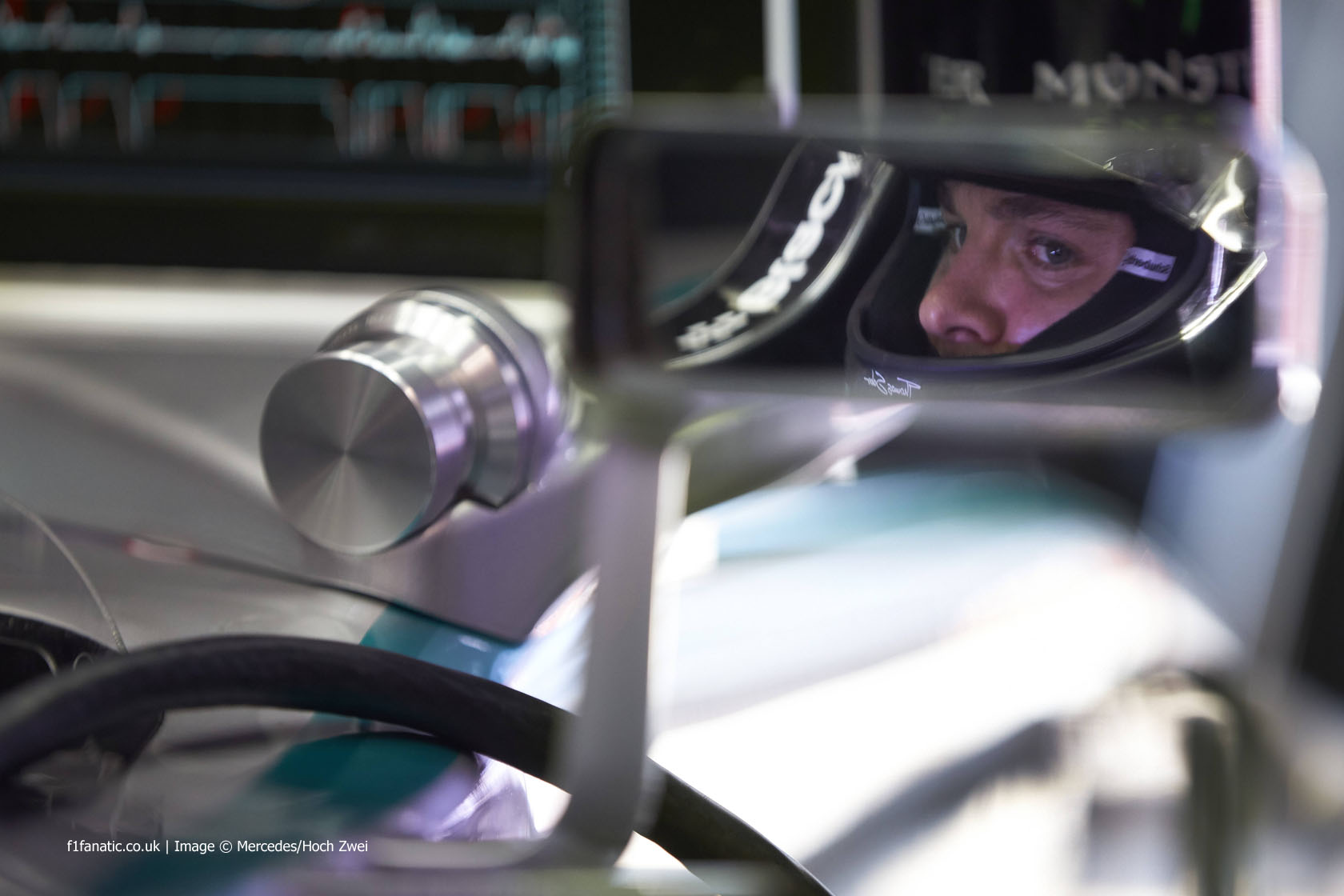 Nico Rosberg isn’t concerned about the possibility of winning the championship because of the controversial double points rule, which he has previously criticised.

Regardless of this weekend’s result, Rosberg is guaranteed to win the championship is if he wins the final round in Abu Dhabi, which is worth double points, and Lewis Hamilton fails to finish.

“Everybody can have their opinion and in sport it’s the points that count in the end,” said Rosberg. “Of course you can debate who deserves it more or less, that’s always going to be the case.”

Rosberg criticised the double points rule as being “really artificial” in July, when he held a 14-point lead in the championship. He now trails team mate Lewis Hamilton by 24 points with two races remaining.

With Hamilton able to win the championship by finishing both races in second place, Rosberg admitted his title chances depend on his team mate suffering a setback.

“Well it’s clear I need to rely on something happening,” he said. “For sure it’s not enough for me to win, unfortunately, that’s the way it is. In sport so much can happen so I’m very optimistic.”

83 comments on “No misgivings over double points title win – Rosberg”