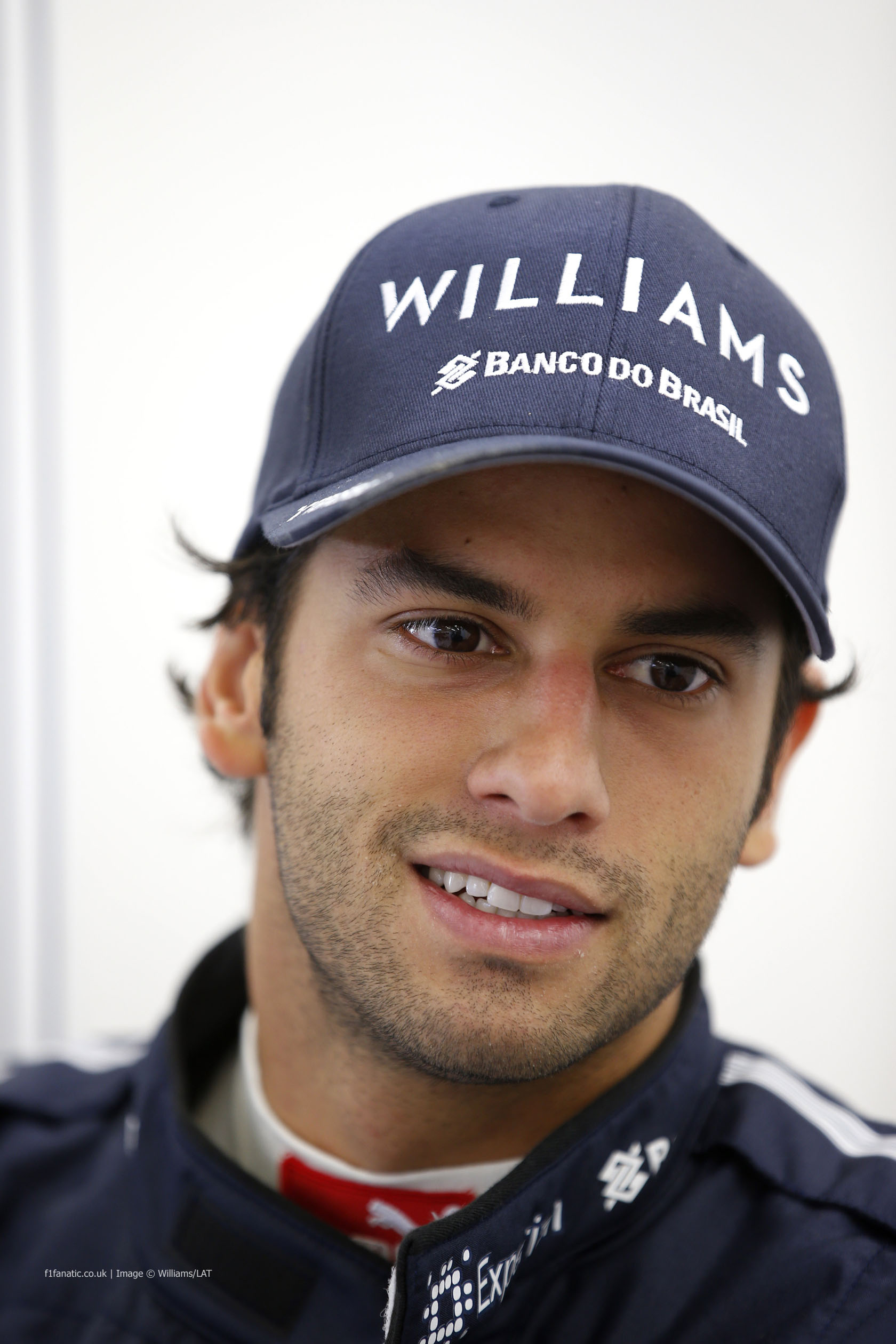 Felipe Nasr will make his Formula One debut next year with Sauber, the team has confirmed.

The Brazilian driver will join Marcus Ericsson, whose move to the team was announced last week. Nasr’s signing means both current drivers Adrian Sutil and Esteban Gutierrez will be without places next year.

Nasr is currently second in the GP2 championship, which has already been won by rival Jolyon Palmer.

Sauber team principal Monisha Kaltenborn said the team “have been following Felipe’s career path for some time now” and that he “fully deserves his position in Formula One having had a very successful career in junior categories”.

Banco do Brasil, one of Nasr’s backers, helped facilitate the move and their logos will appear on the team’s car next year. “Banco do Brasil has been an important partner for Felipe so far,” said Kaltenborn, “we are delighted that such a renowned company is contuing to support him during this important step”.

Nasr, who has made four appearances in practice sessions this year with Williams, said the confirmation of his race debut was “an unforgettable moment” for him.

“Today the dream has come true,” he said. “Sauber was responsible for the arrival in F1 of great names such as Felipe Massa, Kimi Raikkonen, Robert Kubica and Sebastian Vettel. I am proud now to also be part of this racing family. I had a wonderful year at Williams Martini, where I learned a lot and prepared myself to be a race driver in Formula One.”

Nasr, 22, was champion in the short-lived Formula BMW Europe championship, which briefly supported the F1 calendar, in 2009. Two years later he won the British F3 championship with Carlin before moving up to GP2.

View the updated list of 2015 F1 drivers and teams

82 comments on “Sutil and Gutierrez out as Nasr joins Sauber”