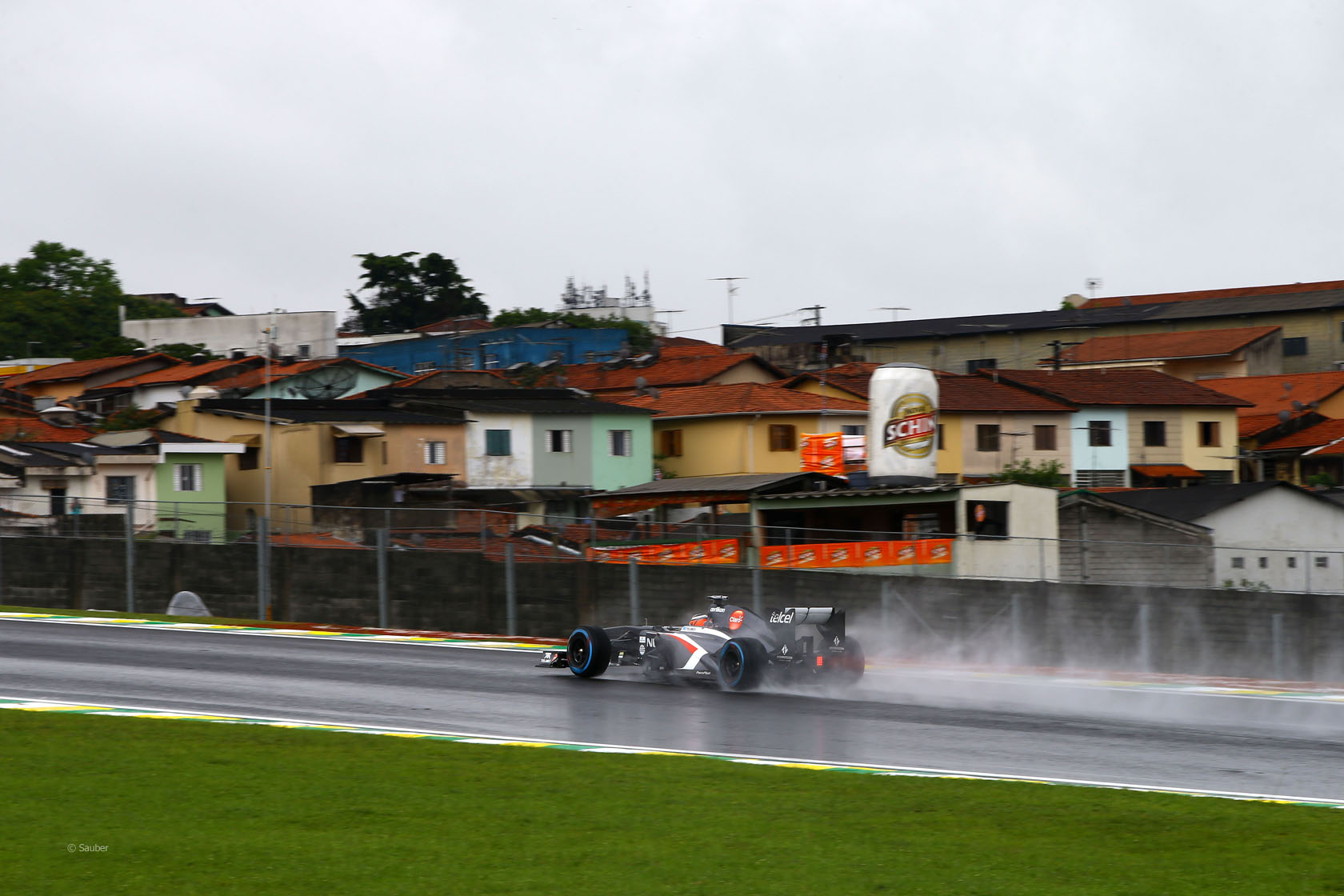 Last year rain fell on every session during the build-up to the Brazilian Grand Prix but the race itself was dry. F1 may be in for a repeat this weekend.

Rising heat will bring thunderstorms on Friday but after that conditions will begin to cool and settle down. From a peak of 30C tomorrow the mercury will not rise far above 20C on race day.

Spells of rain and sunshine are set to keep drivers guessing throughout qualifying. That will continue into Sunday, at which point the forecast becomes less clear. Initially Sunday was expected to be another wet day, but some models are now indicating it could turn out dry.

The prospect of another wet race is likely to raise concerns just over a month after Jules Bianchi was seriously injured in a crash during the rain-hit Japanese Grand Prix.