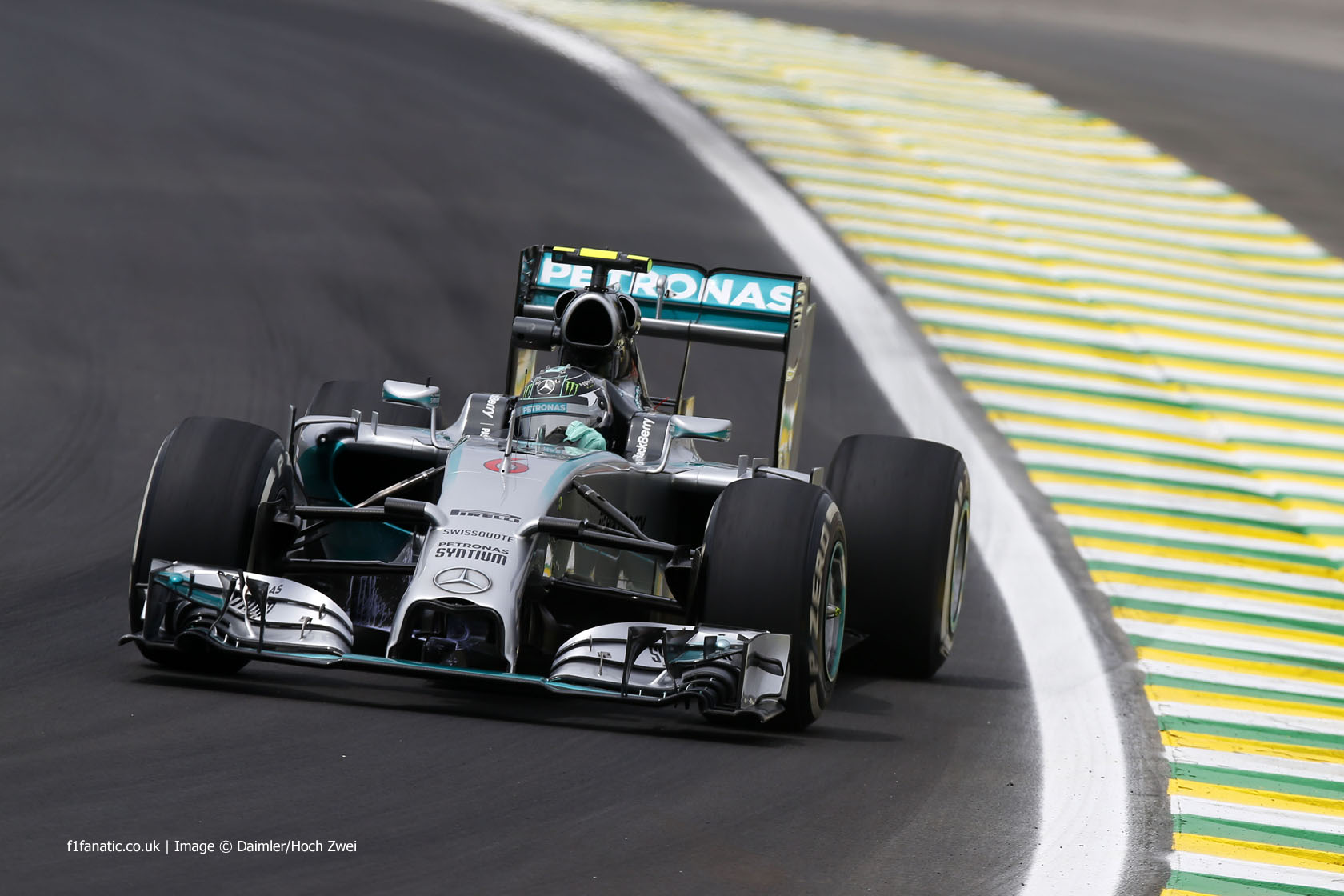 But the session was interrupted by red flags on no fewer than three occasions. The first came when Jean-Eric Vergne’s car stopped suddenly on his sixth lap as he was entering the Subida do Lago.

The red flags came out twice more during the final half hour of running. Fernando Alonso’s Ferrari began producing smoke on the Reta Oposta straight, and flames appeared at the exhaust after he came to a stop.

Once that was cleared up there was only time for three minutes of green flag running before Esteban Gutierrez’s Sauber came to a stop close to where Alonso’s car had packed up. This was the last in a series of failures he experienced in both sessions.

The spate of breakdowns may have been related to the punishing temperatures during the afternoon session. The air temperature reached 30C and track surface temperature exceeded 55C, the latter giving several drivers problems with tyre degradation.

Kimi Raikkonen had a couple of off-track excursions but got closest to the Mercedes with a 1’12.696. Daniel Ricciardo was next, followed by the two Williams drivers.

Sergio Perez failed to set a time due to the damage his car suffered when Daniel Juncadella crashed it during first practice.