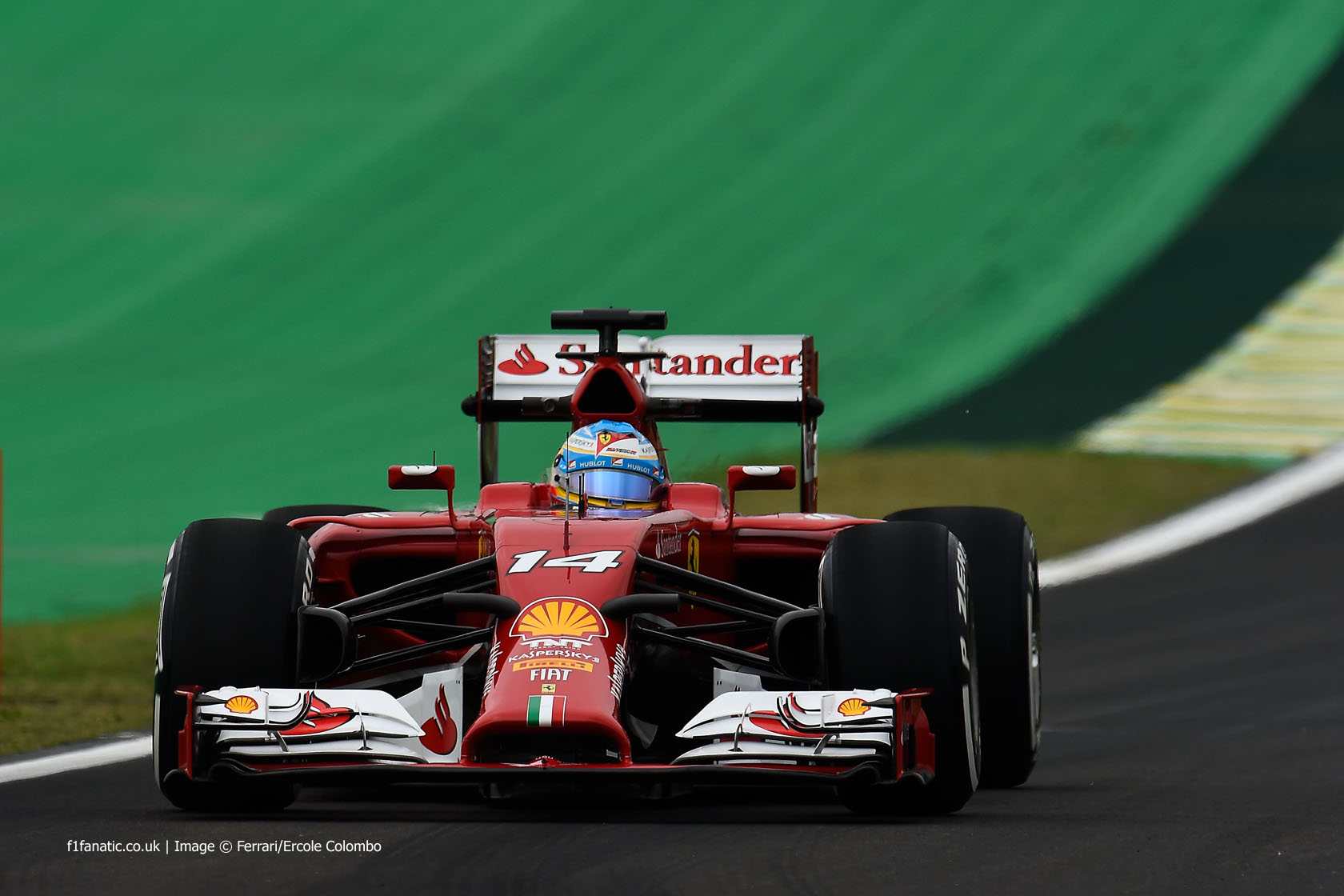 Fernando Alonso explained what was behind his outburst on the radio which was broadcast during Q1 at Interlagos.

The Ferrari driver aborted his first run in Q1 and exclaimed: “Why? Why I can’t start a qualifying with a normal setting. How is possible? How?”

“It’s OK, it’s OK, no worries,” he continued, “I will make the straight, I will make the traffic, I will charge the battery and then I will start the lap. It’s impossible.”

Speaking to reporters afterwards Alonso said “I think in Q1 we were not ready with some settings that were wrong and we missed the first attempt”.

“Then things went back to normal,” Alonso added. He made it through Q1 and eventually qualified eighth, less than five-hundredths of a second away from fifth place.

“In Q3 we arrived with one set of tyres new to fight for the top positions,” he explained. “The lap was good. True that in one lap you can go from fifth to tenth, we are eighth, I think it’s what we deserve today.”

Alonso said the team’s priority for the race was to prevent McLarens from closing on them further in the constructors championship: “I think we were in Austin putting the two McLarens behind us but tomorrow they start in front so we need to recover some places there and hopefully we can do it.”