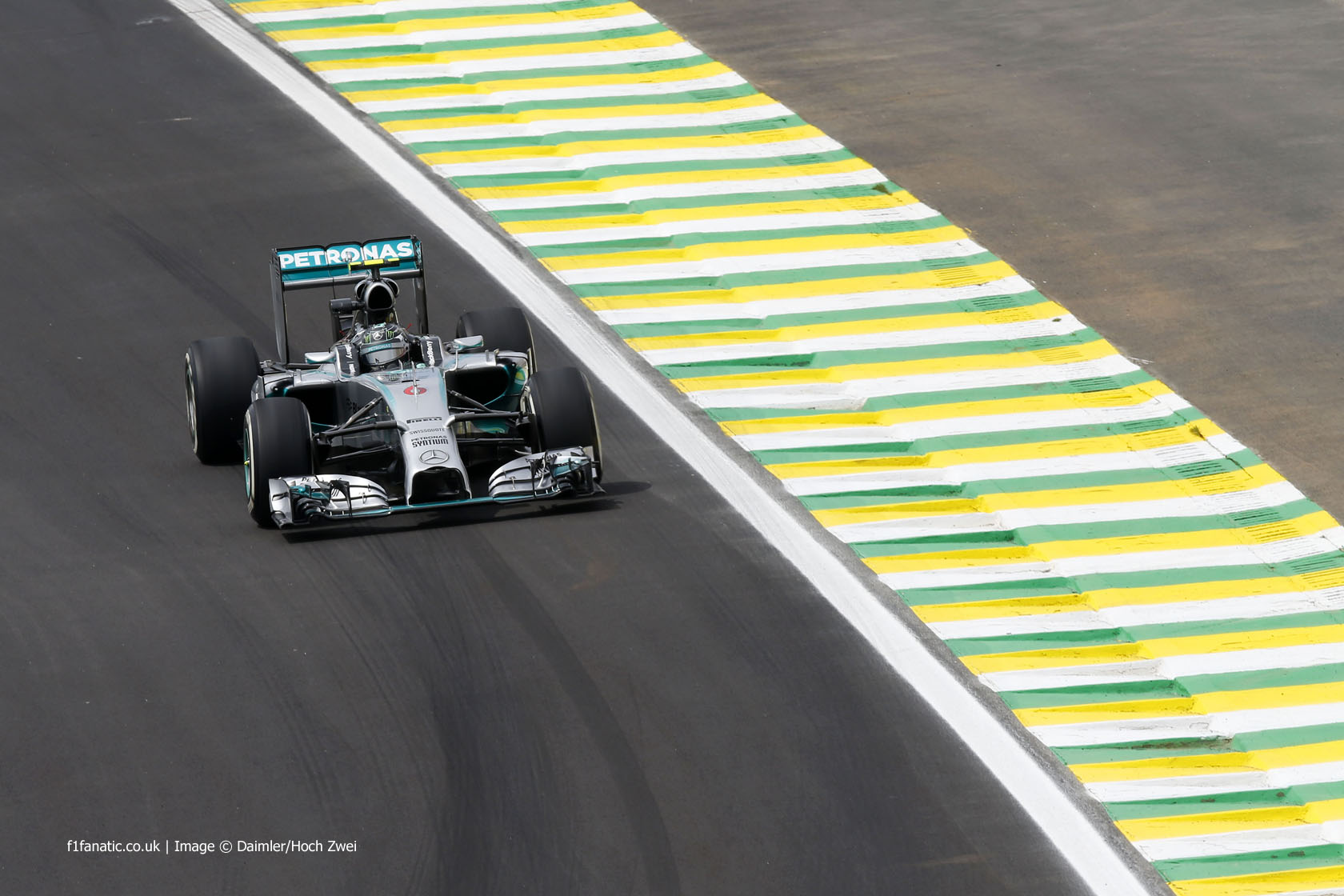 Nico Rosberg continued to set the pace at Interlagos, heading the times for the third session in a row, followed by team mate Lewis Hamilton.

Times continued to fall on the resurfaced Interlagos circuit, and Rosberg’s session-topping lap of 1’10.446 was faster than any pole position seen at the circuit, and just six tenths of a second off the record time, set ten years ago.

Hamilton had a spin at turn one earlier in the session but the first sector was the only part of the lap where he was able to beat Rosberg. His team mate found most of his advantage in the twisty middle part of the lap.

The pair bided their time early in the session while the Williams pair set the pace. They ended the session in third and fourth places, with Felipe Massa the only other driver to lap the track in under 71 seconds.

Daniel Ricciardo was fifth fastest but team mate Sebastian Vettel ended the session outside the top ten. The Force India pair struggled as well, ending up at the bottom of the times.

The final practice session ran in dry conditions following overnight rain. Esteban Gutierrez was almost caught out by the rain which had collected in the exit kerb at Juncao, the Sauber snapping sideways during one of his early laps.

However there were no incidents during the session, which was the first of the weekend not to be interrupted by a red flag.