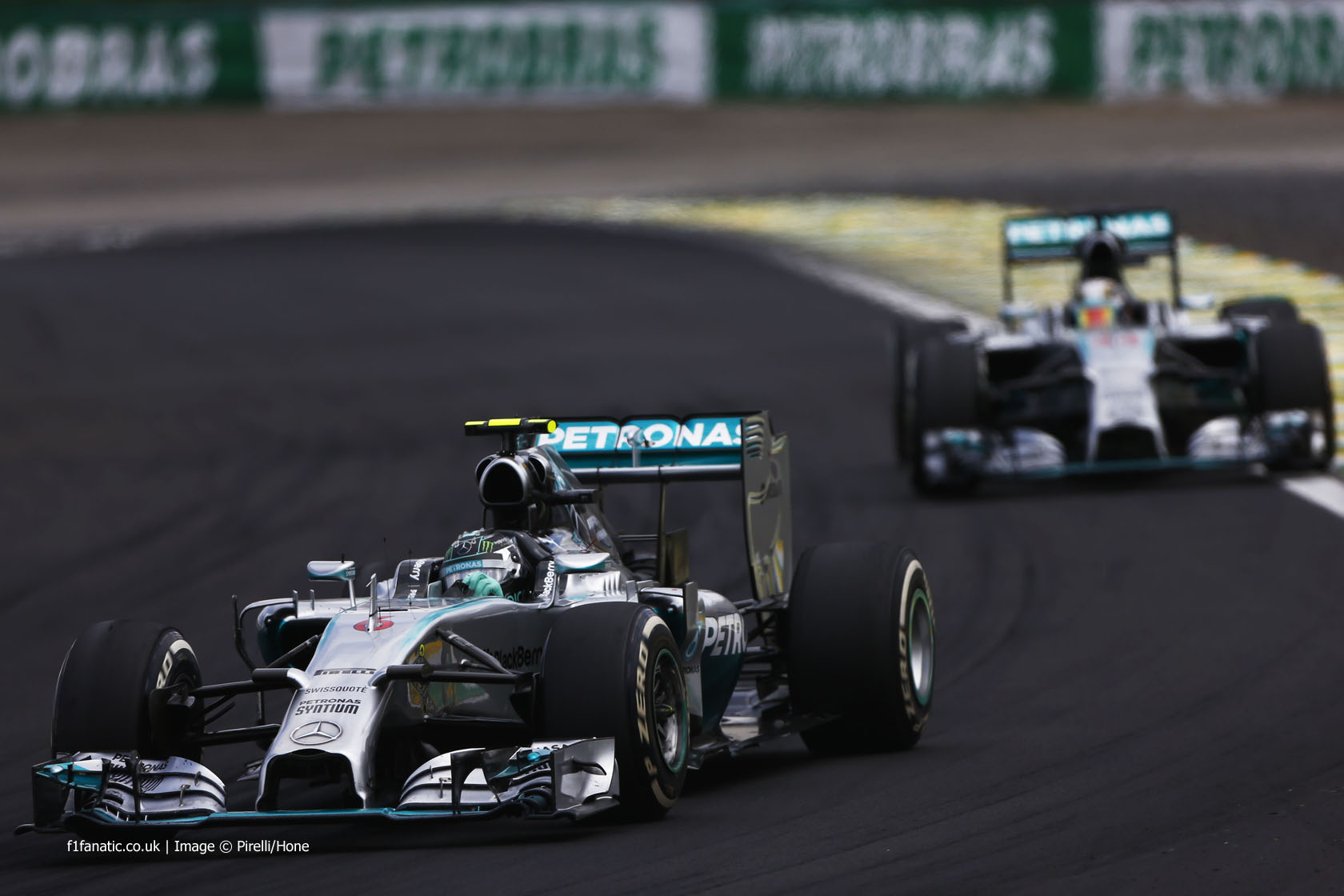 Lewis Hamilton piled the pressure on Nico Rosberg during the Brazilian Grand Prix, setting the fastest lap and recovering a seven-second deficit at one point.

Nonetheless Rosberg believes he would have won even without Hamilton’s spin on lap 28.

“I was confident, yes, definitely,” he said afterwards, “because already in the first stint I could see that I could control the gap and could just make sure that Lewis didn’t come into the region where he could launch an attack.

“So from that point of view, once I saw that, I was very confident that I could keep on controlling the gap for the whole race.”

Rosberg said he used the opportunity provided by Hamilton’s spin to save his tyres, which was why the gap came down between them during the third stint.

“When Lewis had the spin and was further behind, I saved more tyres than I normally would have done and so that I could just make sure that at the end of the stint I had enough, because it was so critical on tyres today and that worked out really well too.”

On the lap before his spin, Hamilton produced the fastest lap of the race up to that point, seven-tenths of a second quicker than the previous best. After his second pit stop he took 1.7 seconds out of Rosberg in two laps, then consistently chipped away at the gap between them by up to half a second per lap.

But Hamilton couldn’t find a way past in the final stint, and the pair circulated almost as one, occasionally setting near-identical lap times.