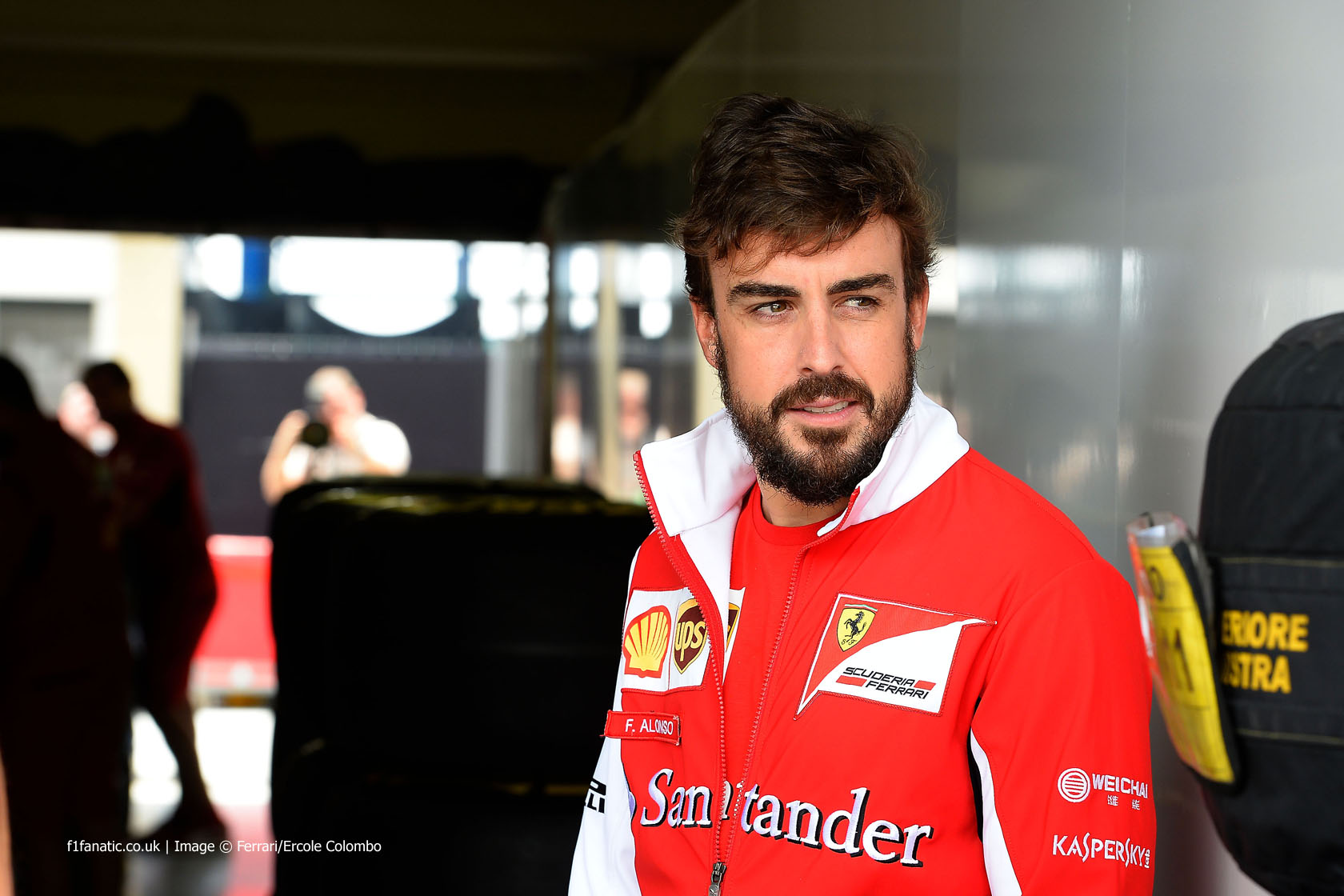 Fernando Alonso doesn’t expect to have his contract situation for 2015 decided before the final race of the season at Abu Dhabi.

“I don’t think so,” he told reporters after the Brazilain Grand Prix. “We’re still in the middle of the championship with some important things to do every Sunday in terms of points so let’s make that first priority.”

Alonso is contracted to Ferrari for the next two seasons but Red Bull’s announcement last month that Sebastian Vettel will leave them sparked speculation that he will replace Alonso at Ferrari.

Alonso finished sixth in today’s race after prevailing in a wheel-to-wheel battle with team mate Kimi Raikkonen. Although Alonso eventually got past Raikkonen in the DRS zone, he did not feel it was necessary for his team to intervene sooner by imposing orders on them.

“I think at the end for the constructors’ championship we were OK having Magnussen behind us,” he said.

“We saved more or less this weekend, starting eighth, finished sixth, so it’s OK and one more lap left hopefully we could keep these positions.”

60 comments on “Alonso: No decision on future before end of season”