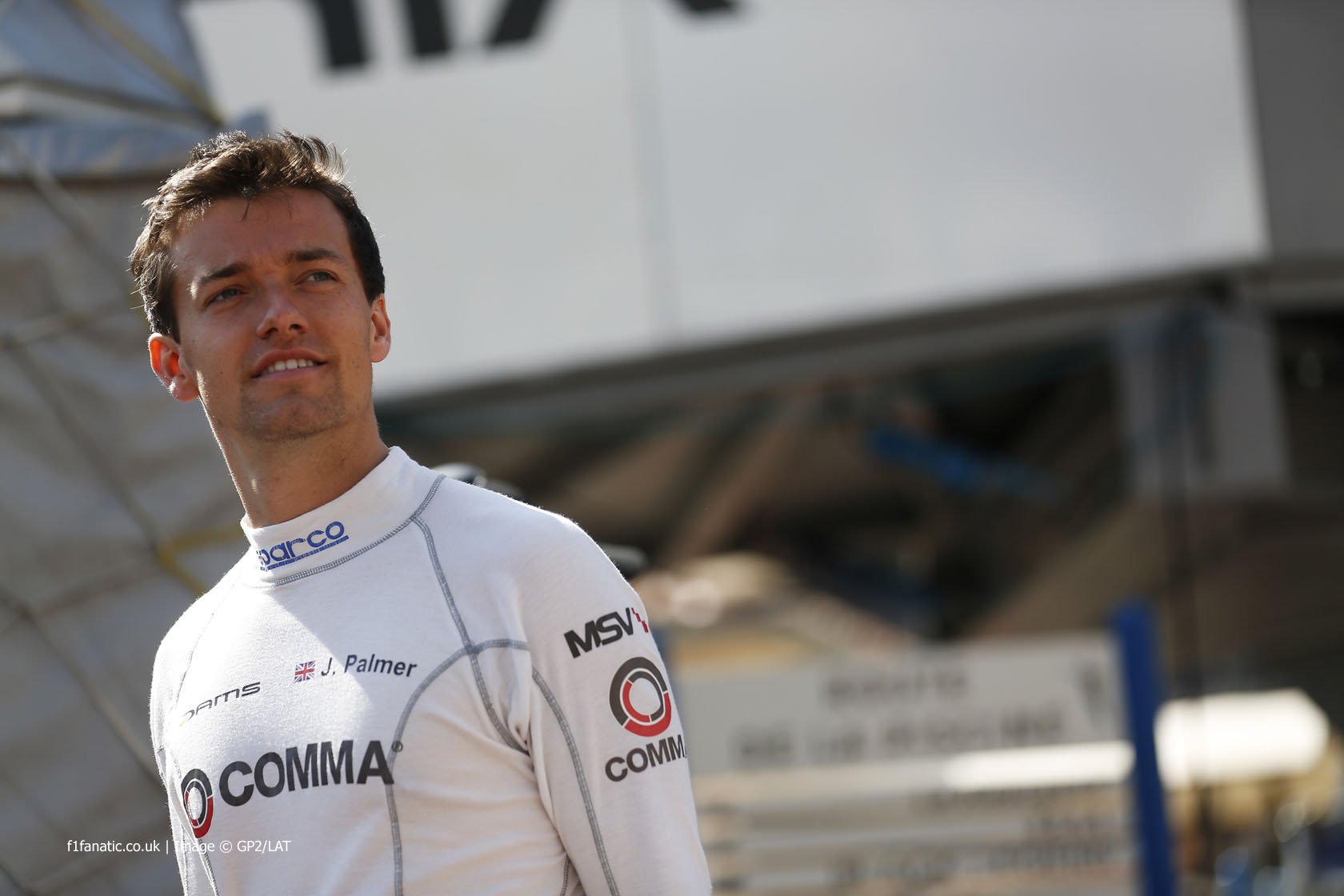 GP2 champion Jolyon Palmer will test for Force India during next week’s two days of running at the Yas Marina circuit.

Palmer, the son of former Formula One driver Jonathan Palmer, clinched this year’s GP2 crown ahead of this weekend’s final two races in Abu Dhabi. He graduated to the category in 2011 after finishing second to Dean Stoneman in the now-defunct Formula Two championship.

The 23-year-old is striving to become the first GP2 champion to gain a place in Formula One since Romain Grosjean in 2011. Palmer said Force India had “shown faith” in him.

“I have worked very hard for a chance like this and I want to help the team get the most from this test session,” he added. “This is a team that has always promoted talent and I hope this opportunity can lead to bigger things in the future.”

Goddard, 22, finished his third year of Formula Three in 23rd place in the European championship. He won the junior national category in the British championship two years ago, but was one of only two drivers to start all the races that year.

“As a team we have a strong track record of identifying up-and-coming prospects and giving them valuable mileage and experience in our cars,” Mallya added.

“I have been following Jolyon’s progress this season in GP2 and he is clearly a big talent that deserves a chance in Formula One. Spike has also worked hard to get this chance and it’s the perfect opportunity to showcase his skills.”

21 comments on “Palmer and Goddard get Force India tests”