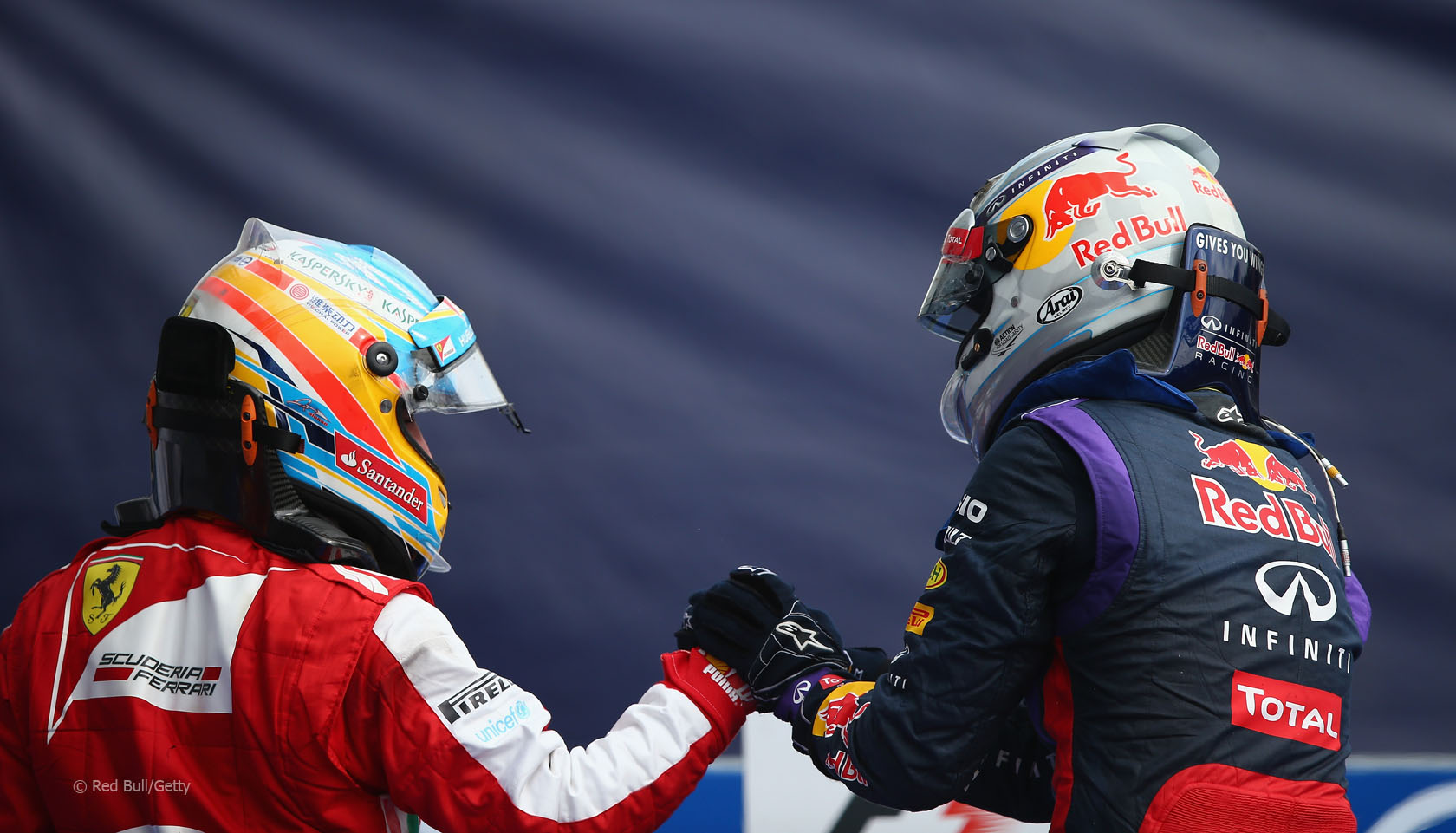 Alonso has cut short his contract with the team by two years, while Vettel’s departure from Red Bull was announced during the Japanese Grand Prix weekend.

Vettel will take his place alongside Kimi Raikkonen from next season as he begins a three-year contract with Ferrari.

“The next stage of my Formula One career will be spent with Scuderia Ferrari and for me that means the dream of a lifetime has come true,” said Vettel.

“When I was a kid, Michael Schumacher in the red car was my greatest idol and now it’s an incredible honour to finally get the chance to drive a Ferrari.

“I already got a small taste of what the Ferrari spirit means, when I took my first win at Monza in 2008, with an engine from the prancing horse built in Maranello. The scuderia has a great tradition in this sport and I am extremely motivated to help the team get back to the top. I will put my heart and soul into making it happen.”

Ferrari team principal Marco Mattiacci said the team “has decided to put its faith in the youngest multiple champion in the history of Formula One”.

“In Formula One terms, Sebastian Vettel is a unique combination of youthfulness and experience and he brings with him that sense of team spirit which will prove invaluable when, together with Kimi, they tackle the challenges awaiting us, as we aim to be front runners again as soon as possible.

“With Sebastian, we all share a thirst for victory as well as enthusiasm, a strong work ethic and tenacity; key elements for all the scuderia members to write a new chapter in the history of Ferrari.”

86 comments on “Vettel announced as Alonso’s replacement at Ferrari”