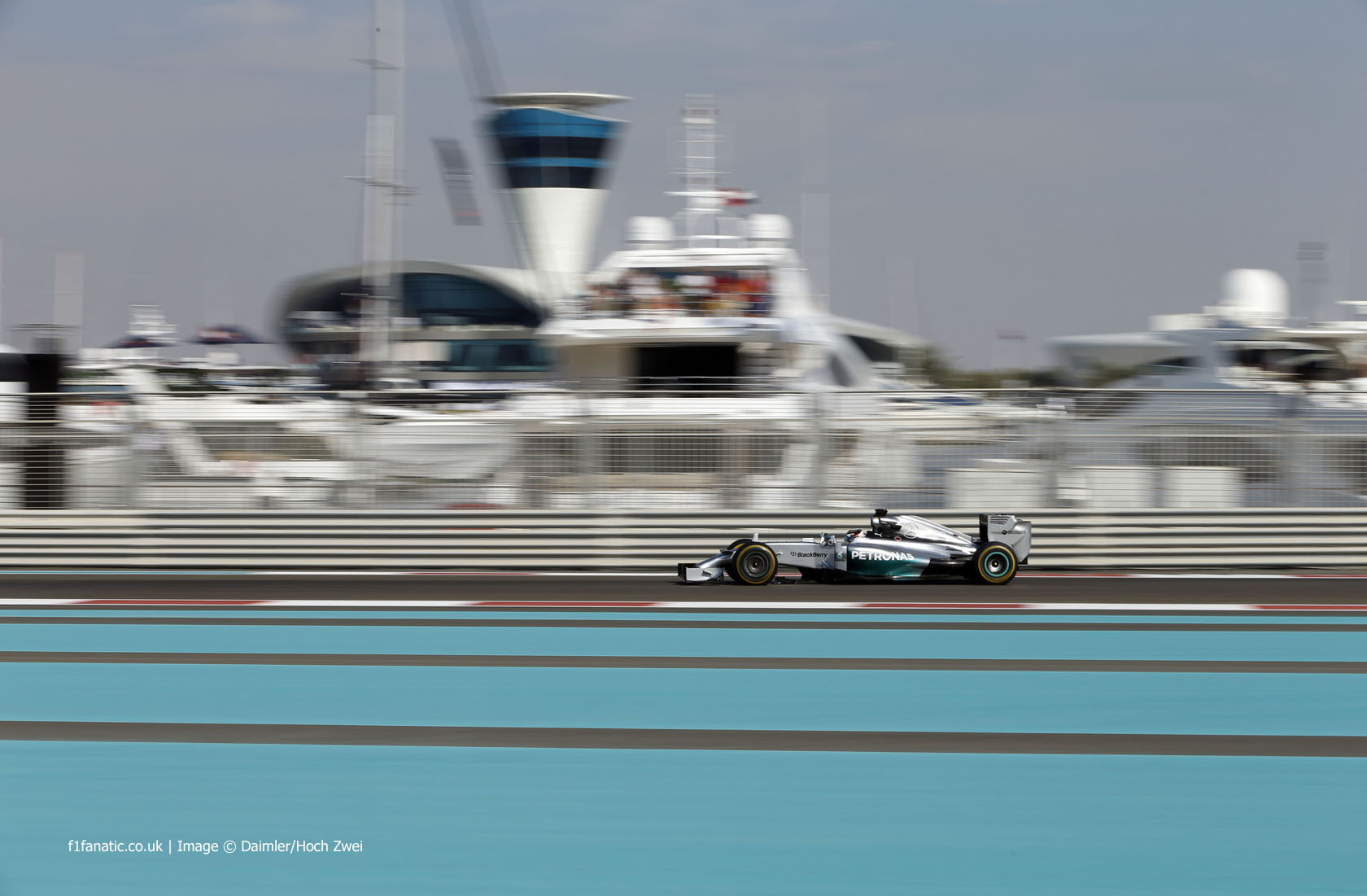 Lewis Hamilton’s bid to win a second world championship this weekend got off to a promising start as he headed both practice sessions.

But Nico Rosberg lapped within a tenth of a second of his team mate and title rival during the second 90 minutes of running on Friday.

The margin the Mercedes pair enjoyed over their rivals was considerably reduced compared to the first session, but they remained seven-tenths of a second quicker than their closest rivals – Kevin Magnussen’s McLaren. He tried a new front wing on his MP4-29, but team mate Jenson Button’s work was again compromised by technical problems.

Fernando Alonso’s troubles were more serious: as in Brazil, his car came to a stop during the second practice session, but this time he wasn’t even able to set a lap time. The steering wheel went blank on his Ferrari as he rounded turn 19.

The sole remaining Ferrari of Kimi Raikkonen ended the session in seventh place behind the two Red Bulls and Valtteri Bottas. Both Williams drivers avoided a repeat of the bodywork failures they experienced during the first session.

New Caterham driver Will Stevens ended his first day in the car one-and-a-half seconds off team mate Kamui Kobayashi. He explained on the radio that he’d made some mistakes on his run. “I think there’s a lot to come in terms of putting a lap together,” he added.

10 comments on “Hamilton stays ahead in practice at Yas Marina”