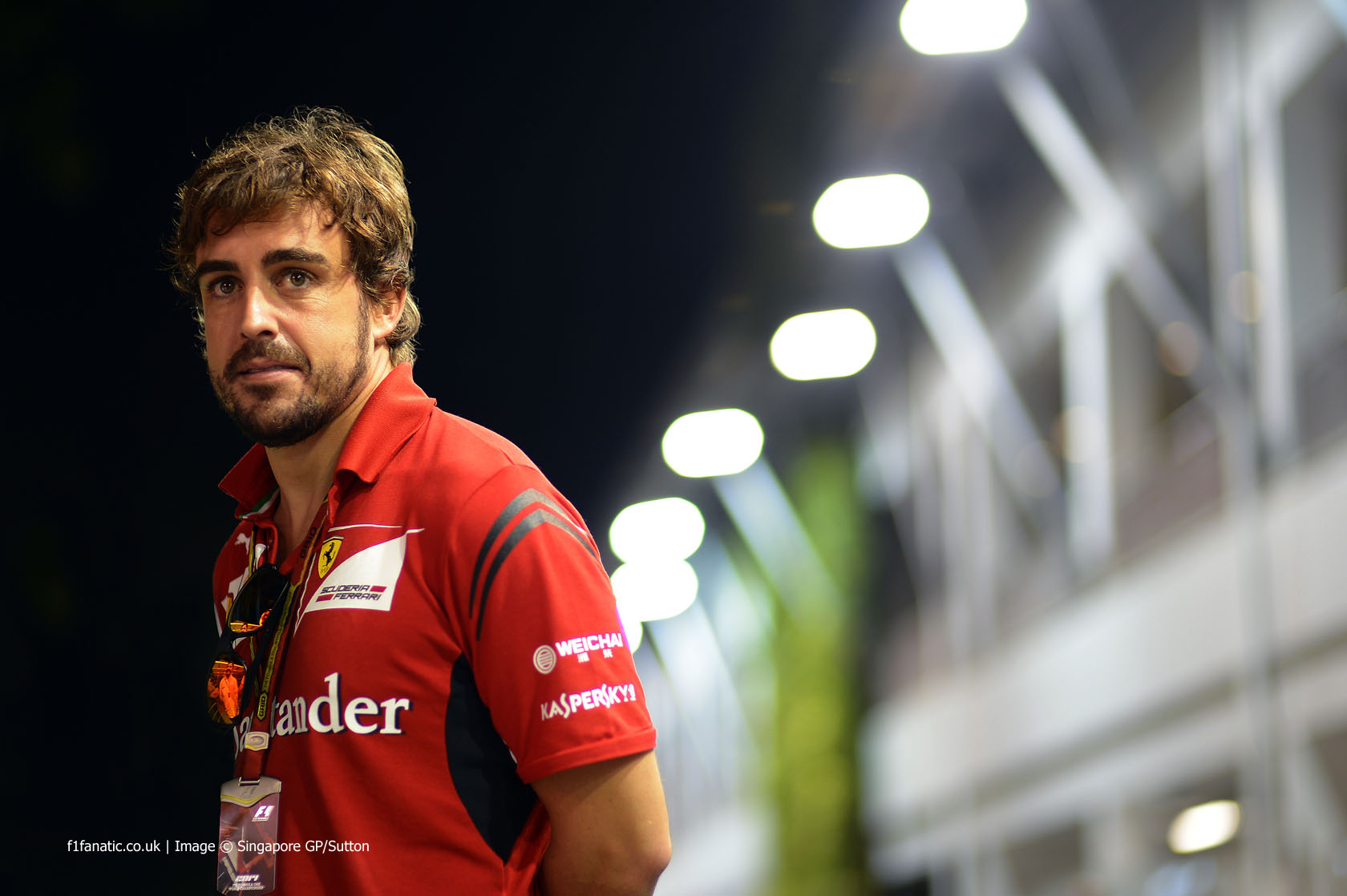 Fernando Alonso gave a further indication about his plans for next season following his final race for Ferrari, saying he intends to join a “project that will challenge Mercedes hopefully soon”.

Alonso has severed his ties with Ferrari and rumours have linked him with a return to McLaren to drive their new Honda-powered car next year.

“I think we need to see how the things goes for everyone next year,” Alonso told reported when asked about what his next move will be. “Definitely Mercedes has a big advantage we saw this year and they will carry probably this advantage into next year as well.”

“But I will join a project that is not for next year only, is for a long-term relationship. I think it’s the project that will challenge Mercedes hopefully soon and this is why I make the decision.”

But he added: “I look the future with enthusiasm as well because when you join a new project it’s because you think it’s better. I guess it was the same for Felipe also last year after a long-term relationship with Ferrari, and today he’s second in the podium.”

Asked whether his departure from Ferrari could have been avoided had new team principal Marco Mattiacci been replaced Alonso answered: “No I don’t think that is one person what is the problem there.”

He described today’s race as being “tough like all season – I think it summarised perfectly what has been the season so far with ninth place, not the position you look for”.

“A tough race in general, we were not competitive all weekend and now it’s time to look at the future with optimism and prepare for 2015 in a better way.”

60 comments on “Alonso seeks a ‘project that will challenge Mercedes’”