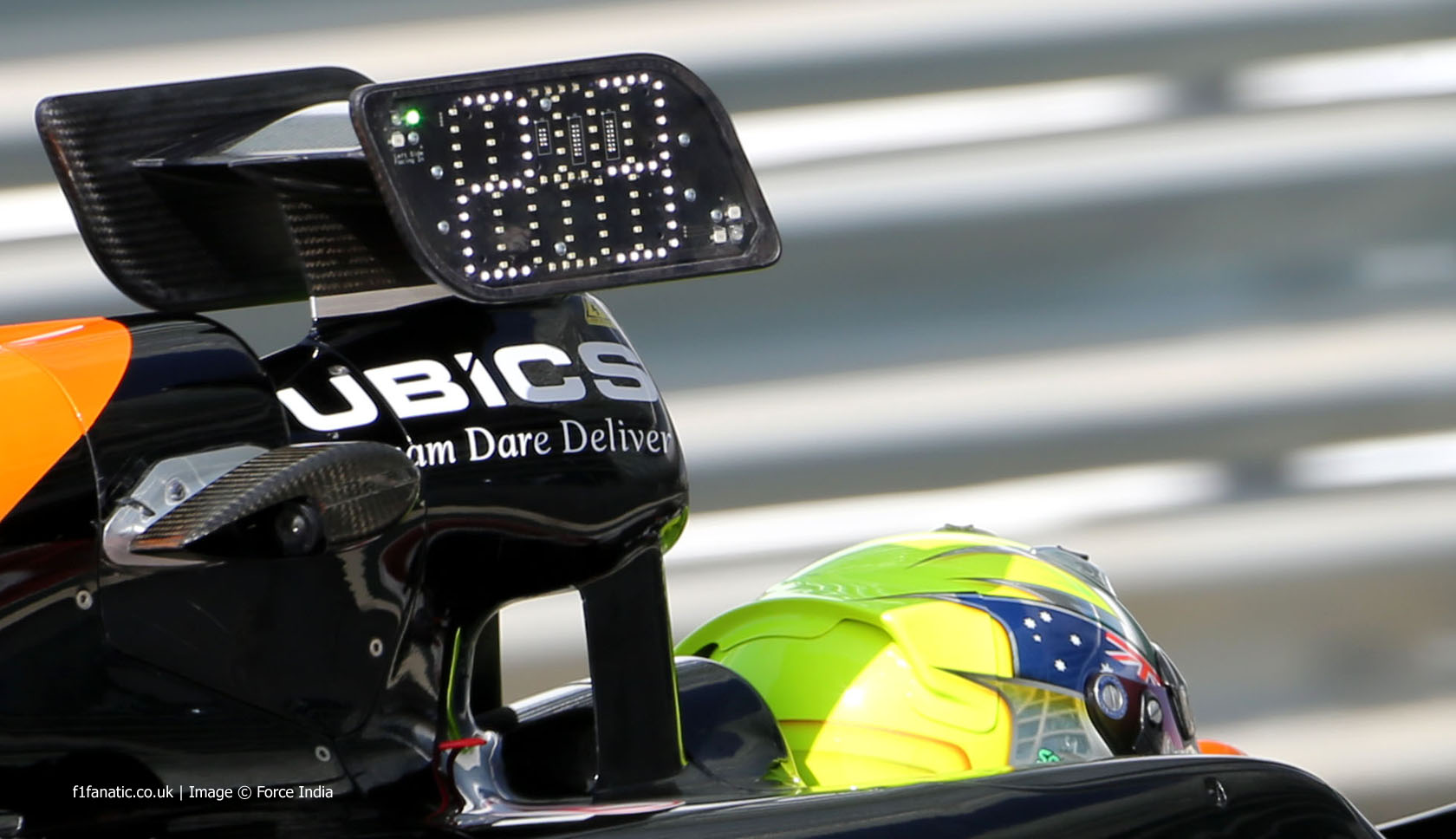 Force India have run a new system designed to display information to fans on F1 cars, dubbed the ‘Info Wing’, at today’s test in Abu Dhabi.

The ‘Info Wing’ was designed by Lewis Hamilton’s father Anthony and is intended to display information about a driver’s position in the race via an LCD display.

It could also be used to show which tyre compound a driver is using, who has set the fast lap and other information.

The wing is mounted on top of the car’s airbox and has displays facing left and right. It appeared on the VJM07 while Richard Goddard was testing it on the second and final day of running at Yas Marina.