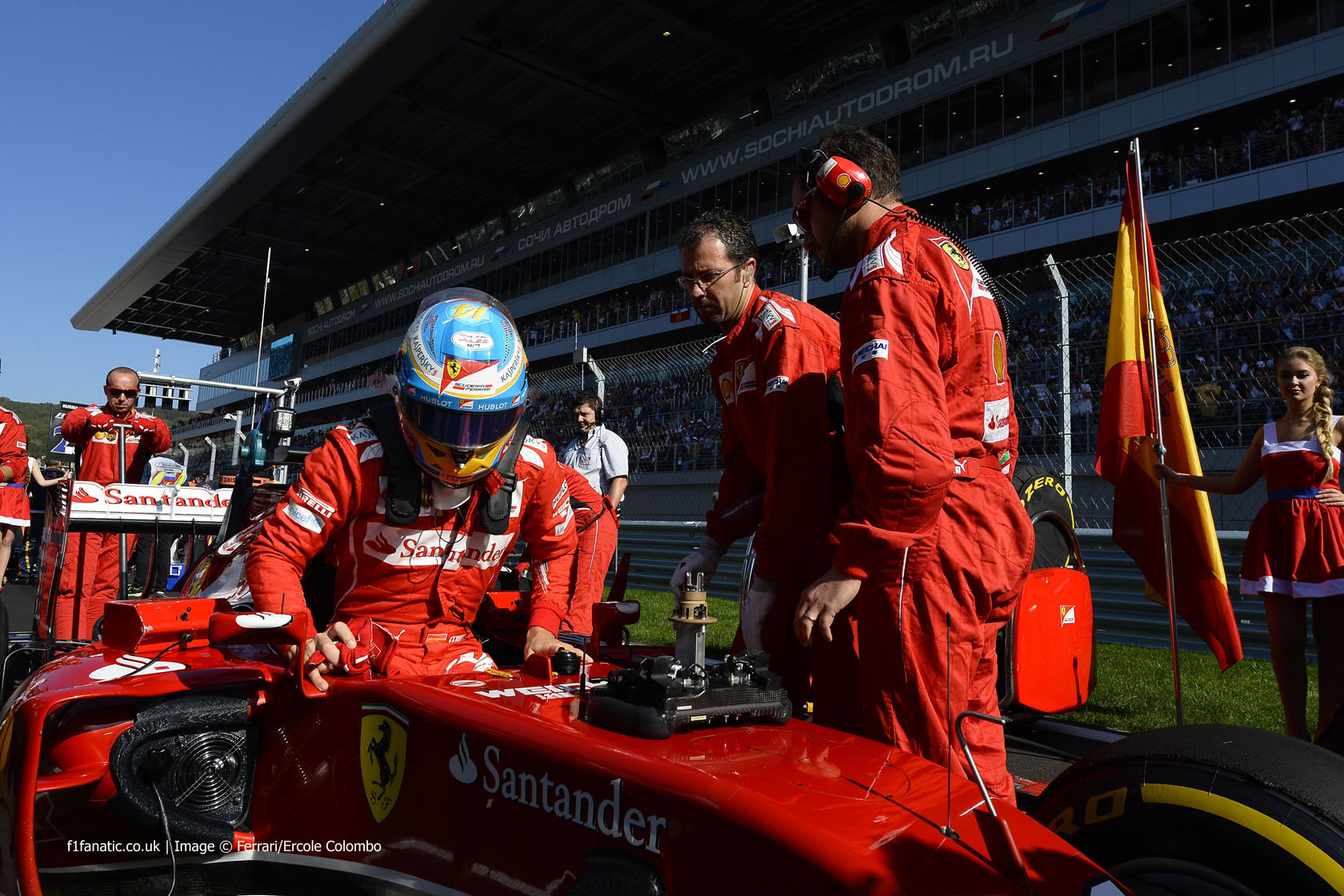 In the round-up: Fernando Alonso says Ferrari should be favourites to win the championship every year

“They have talented people and resources, there’s motivation in the team and in time they will win. Next year they will be favourites because every year they must be, everyone expects them to win in Formula One.”

“Sebastian Vettel has broken his contract by visiting Ferrari’s garage during Tuesday testing in Abu Dhabi, according to his Red Bull boss Helmut Marko.” Eric Boullier: “If it was all about statistics, it would be really easy. I could take my calculator and make this decision, but it is not like this.”

Kimi: “Working as a team” (Ferrari)

“I’ve known Maurizio Arrivabene for a long time I believe he is an extremely competent person and perfect for the role of team principal that he has been given.”

“The FIA Prize-Giving will this year welcome for the first time in FIA history a new FIA Rookie of the Year award.”

A laid-back interview with Lewis Hamilton on BBC Radio 1, starting at 1hr38.47, with a comic moment coming when he failed to recognise one of his girlfriend’s songs.

“Clutter, noise, a spaghetti-like spider’s web of tangled wires cascading from the roof and spilling all over the floor, a painful grating drilling sound echoing through the air, disorganised chaos all around. Fancy signing for this lot? Maybe not…”

Could someone explain me what was this girl @ScuderiaFerrari doing above box of @MercedesAMGF1 with a termic camera? pic.twitter.com/IvMNaK9Pok

The scrapping of standings restarts and double points is good news but the whole episode hardly inspires confidence in how the sport is being run:

I am happy to see double points and standing restarts go but these rule changes make the FIA look really silly. The organisation that claims to be governing motor sport seems to be ready to accept whatever FOM and the big teams propose when it comes to the sporting rules.

Charlie Whiting defended the standing starts from the grid following safety cars and called the people, who voiced safety concerns, “silly”. Now Autosport reports that “a deeper look at its implications over recent weeks prompted widespread safety concerns.” In my opinion, it raises serious questions over Whiting’s ability to fulfil his duties.

I still prefer Todt’s FIA to Mosley’s FIA but a toothless and apathetic governing body of F1 does not make me excited either.
@Girts

Williams announced Valtteri Bottas would make their debut for them in 2013 on this day two years ago:

84 comments on “Ferrari should be title favourites every year – Alonso”