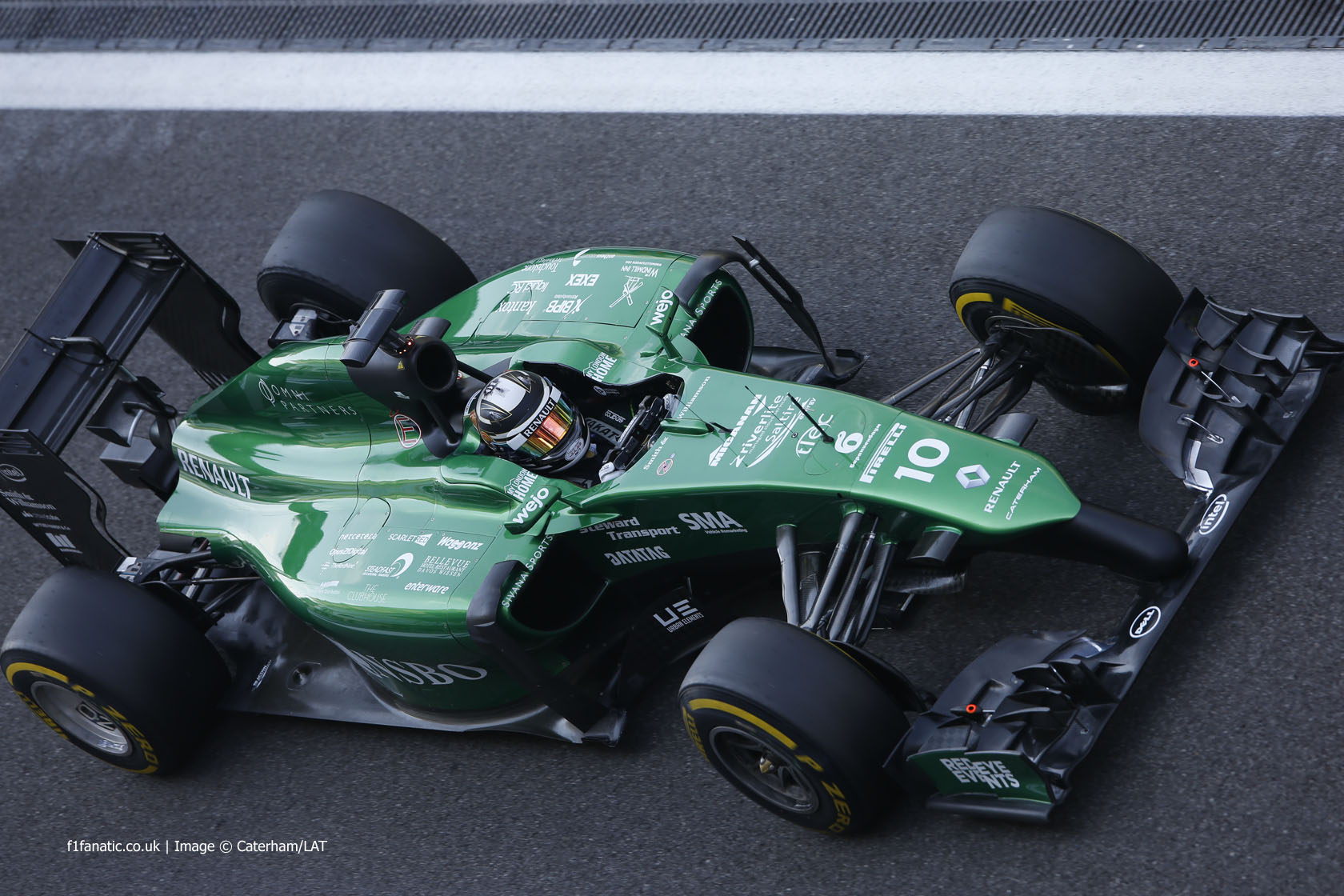 Caterham’s crowdfund helped them return to the track in Abu Dhabi. Dozens of new names, including that of a local pub, were plastered over their cars.

Also at the final race of the season Red Bull promoted their home race and Williams had to ditch their distinctive Martini livery. Both Red Bull-owned teams advertised next year Austrian Grand Prix at the Red Bull Ring with cartoon illustrations. Toro Rosso’s were prominent on the sidepods, Red Bull’s were inside the rear wing endplates. Tickets for the race went on sale before the weekend.

Spotted something new on the RB10? @redbull have put tickets on sale for the 2015 Austrian GP. http://t.co/HBse4RxPXZ pic.twitter.com/Gl9yGLuwDn

As in Russia, Sauber replaced their Cuervo Tequila logos with Cholula Sauce due to alcohol advertising regulations.

The additional exposure of the sidepods was given to Unifin, a Mexican financial institution. Pacific Ventures Dubai, a real estate company’s logo, which had previously featured between the sidepod and the rear wheels, disappeared from the car in Abu Dhabi. Alcohol laws meant Williams could not use their red Martini stripes in Abu Dhabi, instead using a blue livery already familiar from Codemasters’ F1 2014 game. Force India had to remove their alcoholic brands, but they again cleverly replaced some of them with associated companies or brands – such as Royal Challengers Bangalore and UBICS.

On Saturday Force India announced Sergio Perez would remain with them for 2015. Along with that came the confirmation that Carlos Slim’s America Movil will stay with the team with the Claro, Telmex and Telcel brands. Perez looks set to be the only Mexican on the grid in 2015, when the Mexican Grand Prix will make a return.

Force India also revealed they will unveil the VJM08 in Mexico City in January. After two races of absence, Caterham made a return to the grid thanks to their crowdfunding project. Some of the rewards for the donations were appearances on the car in Abu Dhabi.

The CT05 was therefore full of different logos and names, most of which were British companies getting world-wide exposure for relatively small amounts of money. Among the most interesting were a small-town pub The Windmill Inn in South East England, a hotel/restaurant in the Swiss Alps named Bellevue, as well as Datatag (anti-theft technologies).

The most visible exposure was given to NSBO as the investment bank’s logo appeared on the car’s sidepods.