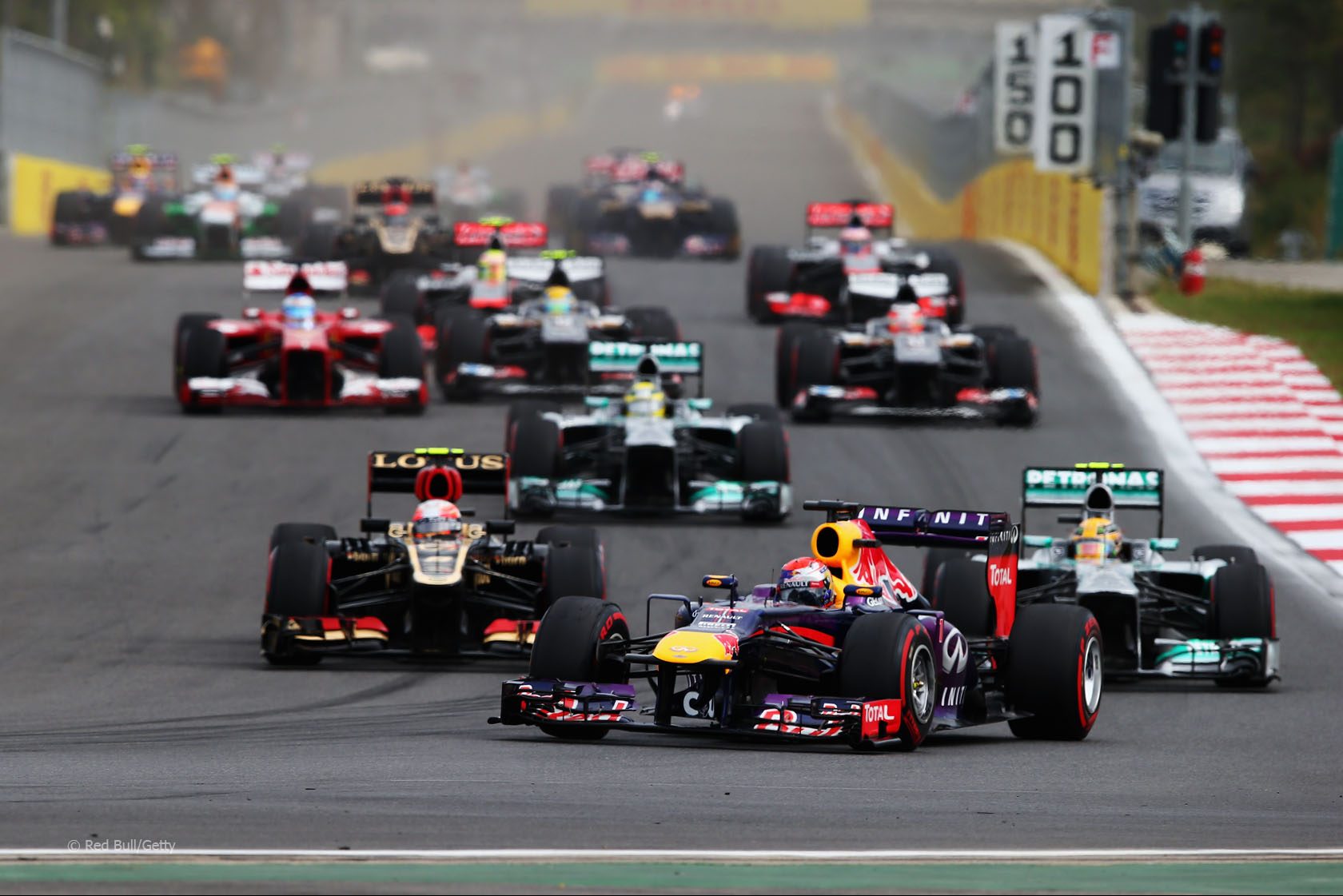 In the round-up: The organisers of the Korean Grand Prix say they had no indication the FIA planned to put their race back on the 2015 F1 calendar.

“We were given no prior notice. The FIA just announced it, although we’ve already conveyed our position about the difficulties of hosting a race next year.”

“One team source, who doubted the Korean race would happen, said it was all about engines and called the calendar ‘an elegant way of avoiding bargaining’.”

“I’m here with Kevin, we’ve spent the last couple of days together and we’ve had some interesting conversations – and whichever way it goes it’s better for us to know sooner rather than later.”

“They [Red Bull] always say points matter; they know I was 5kg overweight compared to my team-mate, so I had at least two tenths [disadvantage] that no one knew about in qualifying – they know all the technical issues I had that didn’t allow me to score points.”

“Sources say the review is being conducted by ex-Ferrari team principal Stefano Domenicali, who was hired by VW’s Audi brand earlier this year.” CVC in hunt for fresh blood at top of Formula One (FT, registration required)

“[CVC chairman Donald Mackenzie’s] concerns were not just about succession. F1 had notable gaps as a business — a poor digital strategy, and inadequate PR and TV revenues, he told the guests. F1 is poorly managed, Mr Mackenzie is said to have remarked to the guests.”

“There is a meeting of Formula One’s board – Delta Topco – scheduled for next week which could confirm [Paul] Walsh’s appointment.”

“Sahara Force India is pleased to announce that it will use the wind tunnel facilities of Toyota Motorsport GmbH in Cologne, Germany, as the nominated site for all aerodynamic testing in 2015 and beyond.”

“Find the nearest neurosurgeon and ask him if the brain of a patient who’s had a head injury with immediate coma is the same after 40 minutes of transport as after 20 minutes, and he’ll look at you like you were nuts. Because you are.”

Formula for Number 1: Mercedes And Petronas Rise To The Top Of F1 (Forbes)

Toto Wolff: “[Mercedes] were doing horrible. They couldn’t understand why they weren’t good, so I asked what their target was, and they told me, ‘To become world champions.’ But there was a problem: We had the same budget [at Williams], and I was aiming for fourth or fifth place. It was obvious there were serious deficits.”

“Ben Ainslie, the most-successful sailor in Olympic history is to join forces with Adrian Newey, Formula One’s most-decorated designer, in a bid to win the America’s Cup.”

For those you hoping for @JensonButton news today, you're not going to get it. Board meeting is done, and no decision taken on drivers.

Had a great time in Edinburgh with @JensonButton at the Johnny Walker event today! Hope lots of you signed up for #GetHomeSafely !!

@KevinMagnussen Likewise mate.. #greatpartnership Glad you got to check out your first red telephone box. #iconic 👍

Some people should be ashamed. #report #disgrace #ForzaJules

These guys were in today, starting a new chapter at Enstone. Had to take this lady for a ride #TheSacrifice ;-) pic.twitter.com/o8aca9AuEO

Great day in @fia Doha won the go kart race, but specially was great to compete with champions! @danielricciardo @pechito37 Thanks boys;)!

Why not hold the Canadian Grand Prix closer to the United States, Mexican and Brazilian rounds later in the year? Mfreire has a view:

The Canadian Grand Prix can be held at the earliest late May, and the latest late September.

Any time else is too cold – the 1982 race was the first Canadian Grand Prix not held in September or October – the race was somewhat controversial before 1982 for often having cold weather.
Mfreire

The new technical rules were a major talking point this season but they were due to be even more radical until the FIA altered them on this day in 2012.

Plans to restrict the cars to running on electric power only in the pits were scrapped, and so were rules forcing an even greater restriction in downforce.