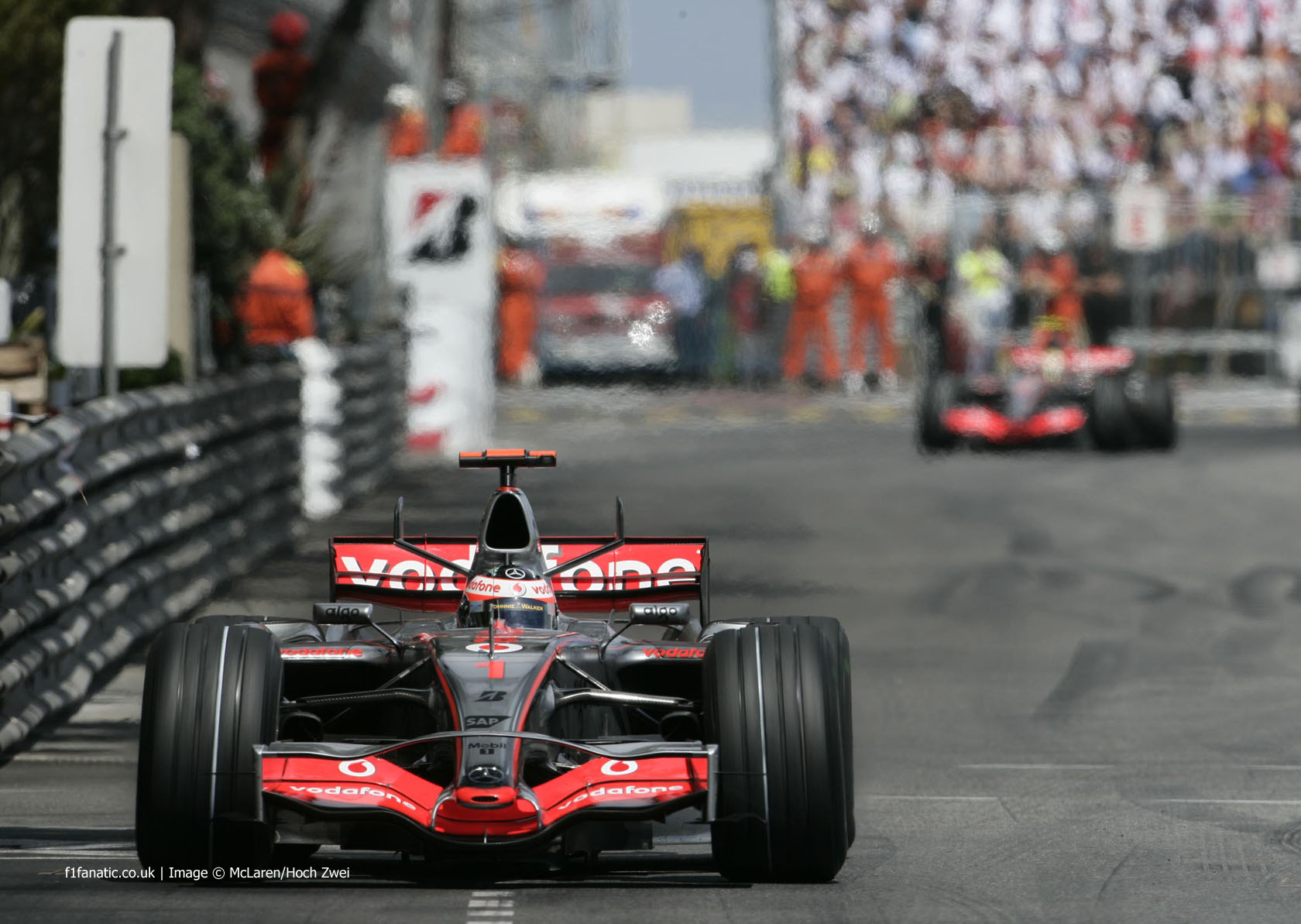 In one sense, Fernando Alonso’s return to McLaren doesn’t qualify as a ‘surprise’. Rumours of it happening first surfaced over 12 months ago, and some have been claiming for several weeks it was a done deal.

Even so, there was a very good reason why many will have thought “I’ll believe it when I see it” when reading the rumours. Few drivers have parted with a team on worse terms in recent F1 history than when Alonso walked out of the McLaren Technology Centre at the end of 2007.

That year is often remembered chiefly for the sensational details of the ‘spygate’ affair, and Alonso’s role in revealing McLaren’s use of sensitive information concerning Ferrari’s car.

But this came about because of a deeper grievance between Alonso and McLaren, and his rivalry with team mate Lewis Hamilton. Tension rose throughout the year between Alonso, the winner of the previous two championships, and Hamilton, who made an extraordinary start to his F1 career that year and led the points for much of the season. A tit-for-tat exchange between the two during qualifying for the Hungarian Grand Prix provided the spark which ignited the flames.

Hamilton ignored an instruction to let Alonso pass him during the qualifying session and Alonso retaliated by holding Hamilton up in the McLaren pit box, costing his team mate a chance to improve his lap time. The FIA took a dim view of Alonso’s behaviour – and McLaren’s apparent complicity – and handed him a penalty which cost him pole position.

A furious Alonso turned his anger on the team, and threatened to reveal his knowledge of what had been going on at McLaren. His departure was inevitable from that moment – some within the team even wanted him thrown out on the spot. The idea he might ever return after 2007 seemed unthinkable.

By the final races of 2007 it was clear Alonso’s tenure as a McLaren driver would end shortly after the season finale in Brazil. In the meantime he continued to pillory his team principal in the press.

“He didn’t promise me anything,” said Alonso in China when asked Dennis had given his drivers equal treatment. “You are always hearing about that so-called equality in the team, but tell me what you brag about and I’ll tell you what you are lacking.”

“I’m not saying it’s not equality, because sometimes it’s one driver’s turn and other times it’s the other’s, but you always hear him talk about that or promising things, and it’s not like that.”

The enmity between Alonso and Ron Dennis lingered in the years that followed their separation. The following year, having returned to Renault, Alonso made veiled remarks about having been “without the possibility to win” at McLaren.

But to Dennis, Alonso had been given the same equal treatment his many predecessors had enjoyed and simply underestimated his new team mate. “Alonso didn’t expect Hamilton to be that competitive in his first year,” he said in 2007.

“He told me at the beginning that it was my decision to sign a rookie like Hamilton, but that it could cost me the constructors’ championship. Fernando was calculating everything, but not that Lewis would challenge him.”

The antipathy between the two seemed too deep for a future reconciliation to be possible. In 2009 Dennis talked about the difficulties of attempting a rapprochement.

“Would I be able to eliminate in my mind the negativity that he caused to everyone – no, of course not,” said Dennis. “But I mean that’s… you’ve got to be the bigger person.”

That year Dennis took a step back from the Formula One team to develop McLaren’s road car operation. His return to a more active presence in the F1 team at the beginning of this year appeared to put an end to any prospect of Alonso coming back.

But whether the passage of time had allowed wounds to heal, or other factors had heightened the need to bring Alonso back, Dennis’s position had clearly softened. “You never say never,” he answered when asked l2 months ago whether Alonso might return.

Some may interpret the move as a marriage of convenience: that Alonso needs a car to drive while he waits for a possible vacancy at Mercedes in 2016, and that McLaren want to keep Honda happy by bringing back the driver many consider the greatest talent in Formula One today.

One thing is indisputable: The second time around, neither party has any excuse for not knowing what they are letting themselves in for.