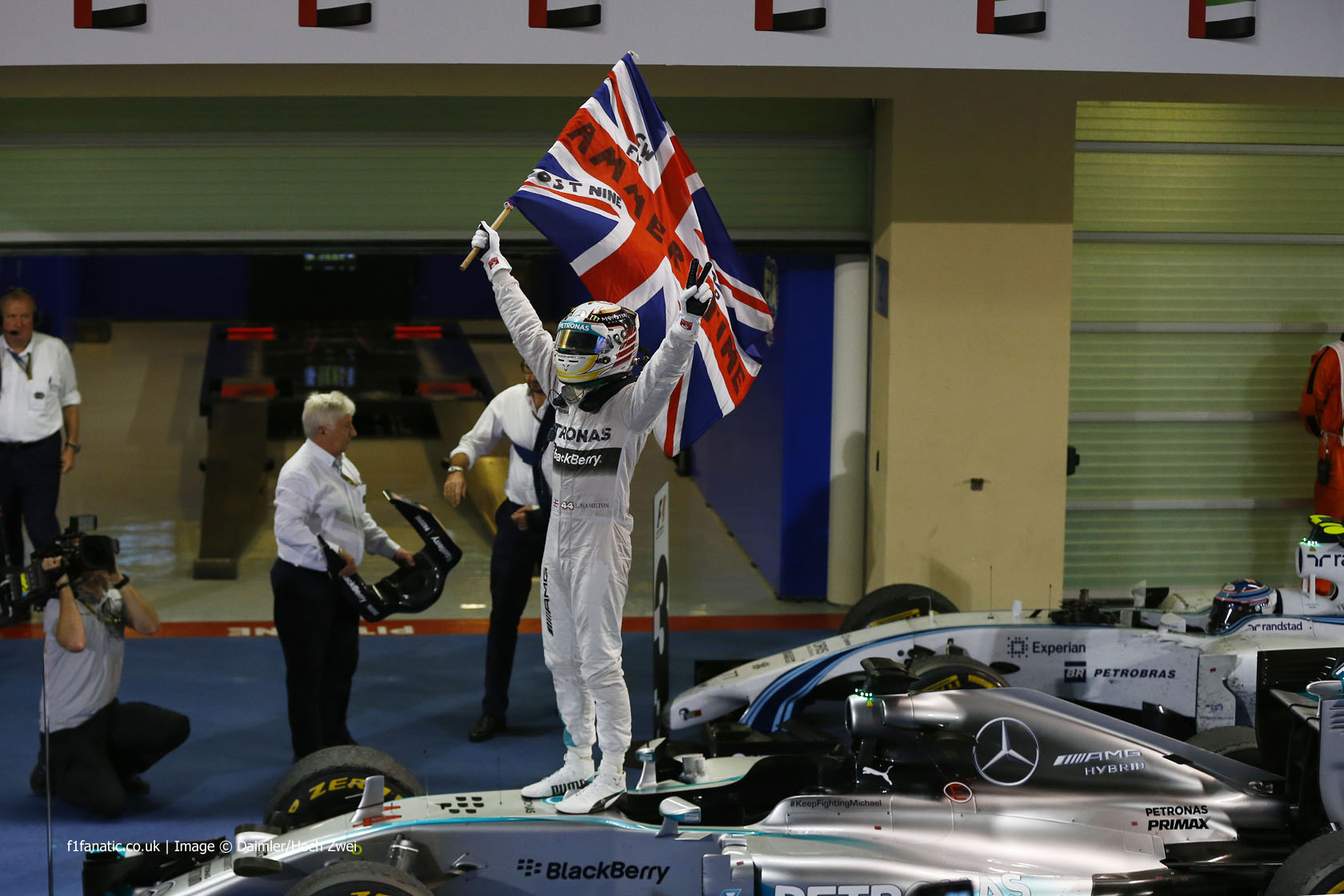 In the round-up: Lewis Hamilton wins the BBC’s Sports Personality of the Year award.

Hamilton: “I am so speechless. I’m so proud and honoured to be among such great sporting talent.”

“If the car doesn’t suit you, and [I’ve had] similar situations before with Ferrari, it’s not easy to change things when certain things are not right for you.”

“Romain [Grosjean], partnered in the Nations Cup by Lotus F1 team junior driver and 2014 FIA European Formula 3 Champion Esteban Ocon, looked to make a stellar start to his day, winning his first heat on track but that glory was short-lived as a post-chequered flag time penalty for pushing the track limits was imposed.”

(UK) @LewisHamilton has won the BBC's Sports Personality of the Year award (voted for by the public). #SPOTY2014 #SPOTY #F1

Incredibly humbled to have been nominated for @BBCSPOTY Team of the Year. Big congrats to @EnglandRugby women's team, worthy winners :)

Pleased for @LewisHamilton and for #F1 to see him win #SPOTY at a time when the sport's profile in Britain is not as high as it should be.

@vickychandhok @VaishDinakaran happened to Sid and I entering Parabolica. Huge crowd pleaser it was! Race control not amused. At all. Alonso: How are you finding the flip-flops?
Button: There’s just no grip!

Thanks to everyone who added their suggestions, especially Cjpdk, Stefan Kelly, Simon, JamieFranklinF1, Will and The Blade Runner who also contributed some of the best captions.

New F1 team Virgin, which later became Marussia, announced on this day five years ago that Lucas di Grassi would be one of its race drivers.

Virgin rebranded the entry which was originally assigned to Manor. The team went into administration before the end of this year but retains a place on the 2015 entry list, renamed as Manor once more.