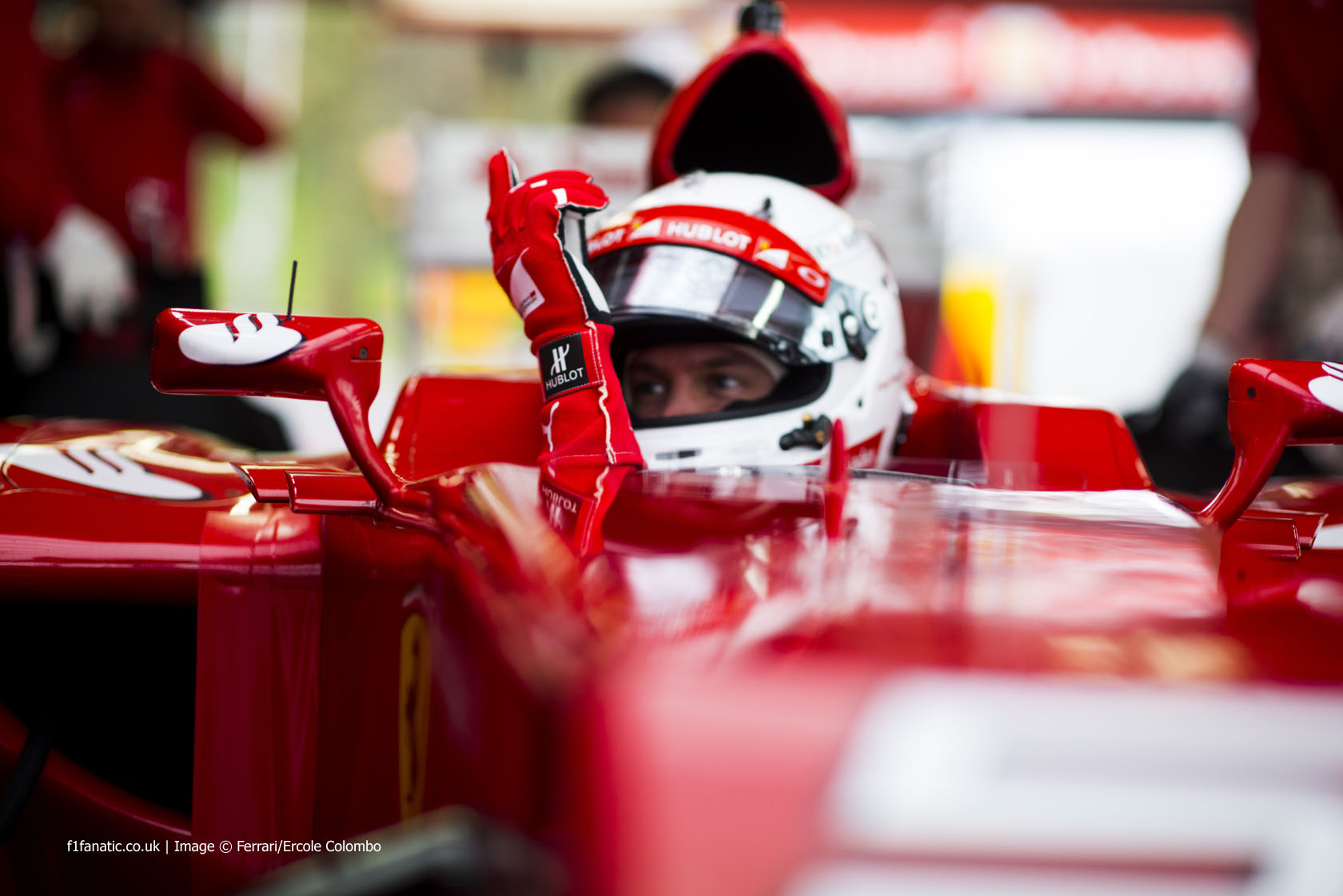 Ferrari has revealed the first details of its 2015 F1 car, which will be called the SF15-T.

The new car will be given its debut by Sebastian Vettel at the first test of the new season at Jerez on Sunday.

The name is similar to last year’s F14 T which was chosen in an online poll. ‘SF’ refers to the team’s formal name ‘Scuderia Ferrari’.

The new Ferrari SF15-T will be revealed online on Friday 30th January.

Get all the 2015 F1 race, test and launch dates on your mobile device using the F1 Fanatic Calendar