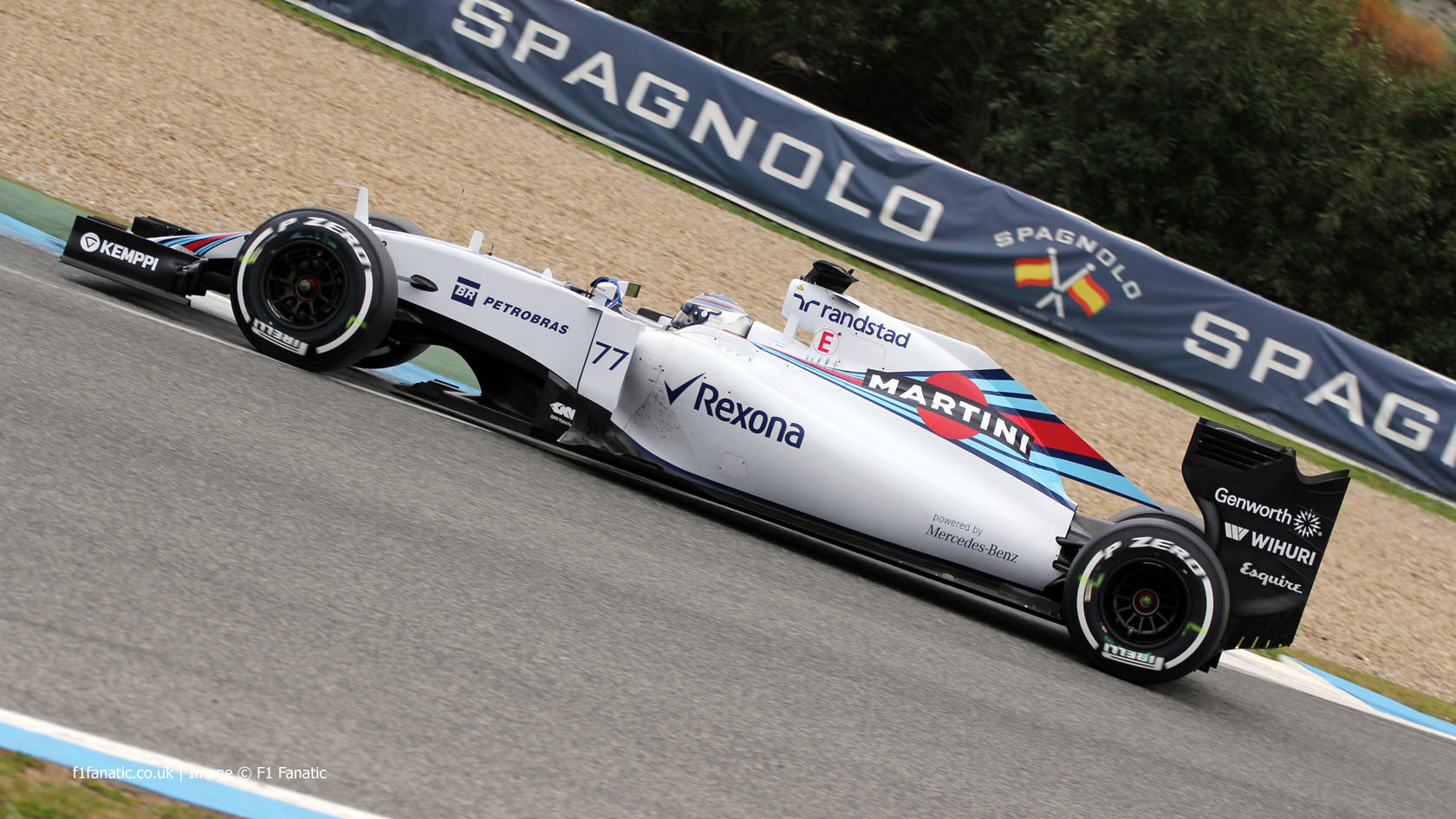 Valtteri Bottas expects Mercedes will still have the best power unit in Formula One – which will make Lotus a more serious rival.

Lotus switched from Renault to Mercedes power during the off-season and Bottas had a close look at their new E23 when he ran behind it on the track day.

“Yeah I would think they will be stronger than last year,” said Bottas after today’s test.

“Last year they weren’t really a threat to us. Hopefully they will not be this year also but I would still think Mercedes is going to be the best power unit.

“We will see in Melbourne but from last year how big the gap was to the others, that’s what I hope.”

The combination of Mercedes power and Williams aerodynamics made the team’s previous car consistently one of the quickest on the straights. Bottas expects that will remain one of their strengths, but admitted they have made “sacrifices” to improve its cornering and wet weather performance.

Bottas described the FW37 as “a little bit maybe more well-rounded car, but I think the base car is not that different and it doesn’t feel that different so we should still be pretty good in straight lines”.

“Of course we have to make some sacrifices to gain in the corners but that should be the trend of our car this season as well. It’s quite slick.”

Bottas starts his third season racing for Williams this year and says the team is “much more confident” following its successful 2014 campaign.

“We know that we can make good results, we know we are a good racing team, we can fight for the podiums and hopefully for the wins. You sense it.

“We improved so much from Melbourne to Abu Dhabi in 2014. It’s nearly like a different team really.”