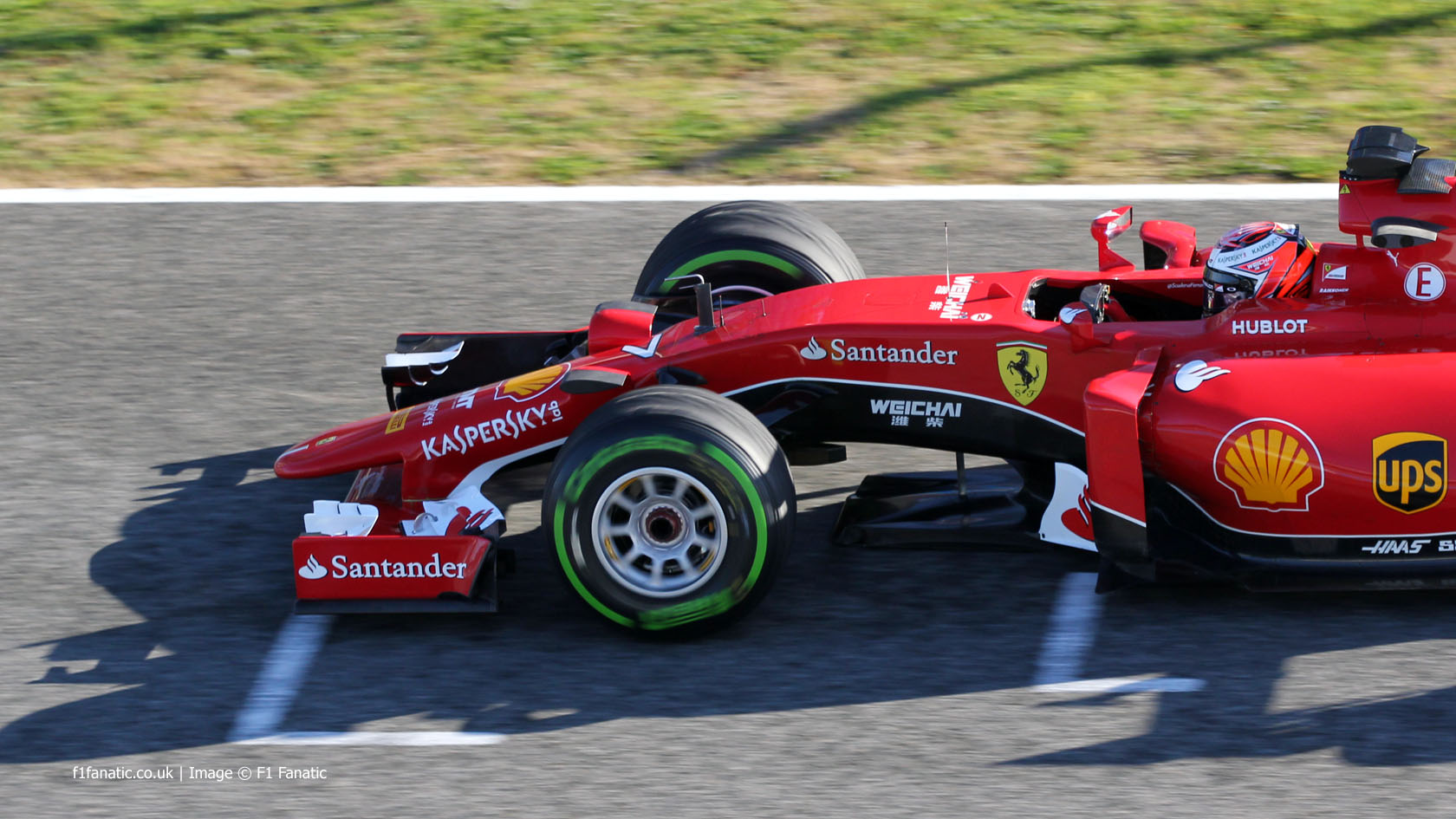 Ferrari have led three of the first four days of testing at Jerez but Kimi Raikkonen says it “doesn’t mean much” at this stage.

“But we have quite a good amount of laps and things are working, not having really any issues so that’s the main thing,” he said.

Raikkonen ended the final day of testing with the quickest lap time of the week and acknowledged “everybody seems to be a bit more happy” with the progress made with the new SF-15T so far.

Following his difficult 2014 season Raikkonen feels the new Ferrari is much better suited to his driving style. “Compared to last year things are feeling much better,” he said.

“But obviously we still have a lot of things to work on and things to improve. But we have something we can work with.”

“For sure it’s much better than we had last year,” he added.